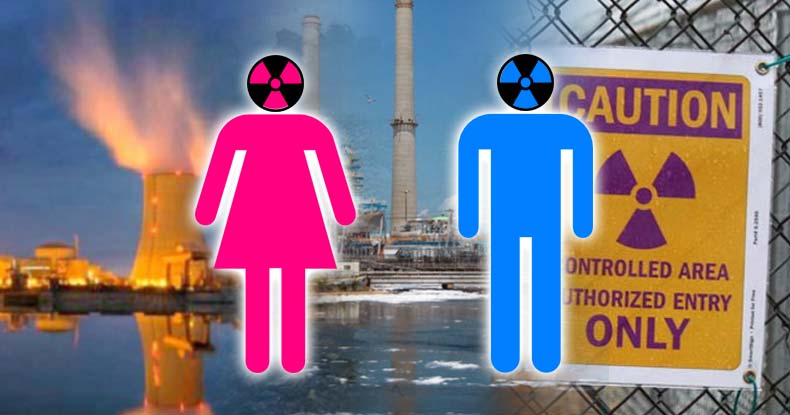 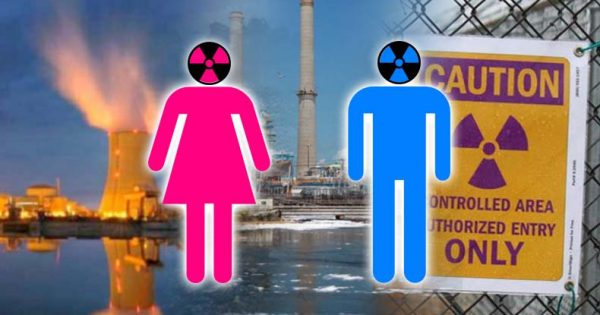 As the debate over which bathroom an individual should use based on their sexual identity heats up, we are witnessing the ignorant and brash nature of state enforcement of these edicts come to a head.

It is not only a distraction and a means for the state to get involved in your bowel movements, but it paints the trans and gay community in a negative light by asserting there is some sexual stigma involved in relieving one’s bladder.

The end result of such obstinate legalese clouding the minds of the public is going to be state violence initiated against individuals who have caused zero harm.

As individuals argue over how much government should be in the bathroom, nuclear environmental disasters are unfolding before our eyes. However, many Americans are too blinded by the blue glow of the television to notice.

According to a Missouri emergency plan recently distributed by St. Louis County officials, in recent months, a fire at the Bridgeton Landfill is closing in on a nuclear waste dump. The landfill fire has been burning for over five years, and they have been unable to contain it thus far.

There are clouds of smoke that have been billowing from the site, making the air in parts of St. Louis heavily polluted. In 2013, Missouri Attorney General Chris Koster sued Republic Services, the company responsible for the landfill, charging the company with neglecting the site and harming the local environment.

Last year, city officials became concerned that the fire may reach the nearby West Lake Landfill, which is littered with decades worth of nuclear waste from government projects and weapons manufacturing. Remnants from the Manhattan Project and the cold war have been stuffed there for generations. The site has been under the control of the Environmental Protection Agency (EPA) since 1990, but they have not made any significant effort to clean up the waste.

To add to the legitimacy of the residents’ worries were about the government’s timeline, the ground has yet to be broken, the fire is still smoldering, and the EPA just finalized, on Thursday, an Administrative Settlement Agreement and Order on Consent (Settlement) requiring Bridgeton Landﬁll, LLC to start work on the isolation barrier system at the West Lake Landﬁll Superfund Site.

Aside from the threat of the U.S. Military’s decades-old nuclear waste erupting into flames in the near future, there are also two nuclear reactors inside the United States, which have been leaking for months.

“We now know exactly where the pollution is coming from, and we have a tracer that shows it’s in the national park,” said Laura Reynolds, an environmental consultant who is working with the Tropical Audubon Society and the Southern Alliance for Clean Energy, which intend to file the lawsuit, according to the Times. “We are worried about the marine life there and the future of Biscayne Bay.”

Fifteen hundred miles north of the leaking reactors in Florida is the Indian Point nuclear power plant in New York. Since the beginning of this year, there’s been an uncontrollable radioactive flow from the Indian Point nuclear power plant continues leaking into groundwater, which leads to the Hudson River, raising the specter of a Fukushima-like disaster only 25 miles from New York City.

Sadly, it seems, government officials care more about locking people in cages for possessing arbitrary substances than they do about the potential for nuclear environmental disasters. As multiple Fukushima-like scenarios continue to unfold across the country, the media, who is largely beholden to the special interests behind these disasters, remain mum.

Instead of showing Americans the things that actually affect them, strawmen, red herrings, puppet politicians, and two-party talking points are shoved down our collective throats — and the majority of people are pacified. Until Americans change their preference for being lied to and stolen from, we can only expect more of the same.