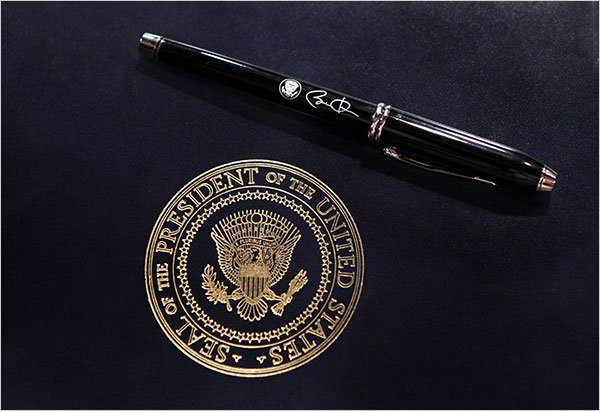 Slavery is once more legal in the United States. In this episode of The Truth Is Viral, host Bob Powell reveals language buried deep inside Executive Order 13603, which gives the Federal government the legal, but unconstitutional and unlawful, authority to force any person into a de facto state of slavery. According to this Executive Order, the President, or those he designates, can conscript “persons of outstanding experience and ability without compensation,” in “peacetime and times of national emergency.” In a nutshell, that means that Barack Obama, and those he designates, can seize any resource, property, or person at any time for any reason, including forcing that person with labor without being paid. There is only one word for forced, “uncompensated employment.” That word is slavery.

This episode also includes an appeal to Federal, State, County, and Local law enforcement officers to uphold the oath they took to “Protect and Defend the Constitution of the United States,” by defending the citizens they have sworn to protect, even when the aggressor is a Federal Government that has devolved into nothing more than a Tyranny where one man (or those he designates) can order the enslavement of its citizens, their detention in labor and re-education camps – even their deaths – simply by signing a piece of paper.

When the normally ultra-liberal ACLU calls a sitting Democratic President a Tyrant (As defined by James Madison in Federalist Paper #47,) honey baby you KNOW we are in deep doo-doo.

Be sure to also check out the US Army internment and resettlement field manual that has been distributed to those in the Department of Defense and Defense contractors. This is the very thing that the late Supreme Court Justice Antonin Scalia warned about.