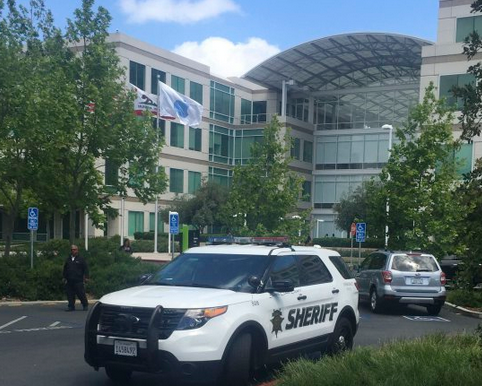 It’s a mystery to his friends…

A 25-year-old software engineer named Edward Mackowiak who worked for Apple has reportedly shot himself in the head at the company headquarters in Cupertino. His death was quickly ruled a suicide just hours later after police found no evidence of foul play at the scene.

What’s strange is how the company refused to give any details about what Mackowiak actually did there. The only information about his job was on a hastily removed Linkedin page. Gizmodo reports it was sparse as well, simply listing him as a software engineer at Apple. His Twitter account has also been quickly deleted. It’s as if the guy himself is being digitally erased post haste.

According to Inverse, Mackowiak was pretty smart:

Mackowiak was a distinguished student at the Rochester Institute of Technology, where he graduated in 2013 with a degree in computer engineering. According toMeritPages.com, Mackowiak was a Dean’s List student at RIT’s Kate Gleason College of Engineering during multiple quarters in his five years at the school. He was originally from Cazenovia, NY, and graduated from Cazenovia High School in 2009.

Contrary to the initial dispatch call, Santa Clara Sheriff’s officers said there were no other parties involved and that Apple’s Cupertino Campus was safe. Initial reports suggested that a female employee was involved in an argument outside of the building, but after their arrival deputies discovered Mackowiak was the only casualty. “After further investigation it appeared there was no foul play and no other individuals were involved,” Sheriff’s deputies said in a statement.

So… why would a bright young guy kill himself at work like that? Again, it sure seems like a mystery to his friends…

@MattKellerABC7 Ed was a friend of mine and I'm at a total loss for words.