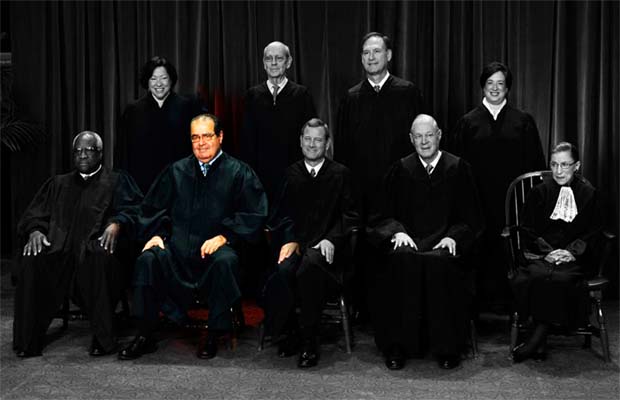 Justice Scalia, love him or hate him, was perhaps the most staunchly Constitutional Supreme Court justice we had.

Now he’s dead and not even two months later, the Supreme Court has approved new rules that would allow the FBI to not only hack any computer in the U.S., but around the globe. Legally.

In an April 28th letter to Congress, a change to Federal Rule of Criminal Procedure 41 was approved:

“A magistrate judge with authority in any district where activities related to a crime may have occurred has authority to issue a warrant to use remote access to search electronic storage media and to seize or copy electronically stored information located within or outside that district if: (A) the district where the media or information is located has been concealed through technological means; or (B) in an investigation of a violation of 18 U.S.C. § 1030(a)(5), the media are protected computers that have been damaged without authorization and are located in five or more districts.”

Warrants to gain remote access — in other words, government hacking — to include computers that have been “concealed through technological means” such as TOR technology.

And it isn’t just limited to crime suspects who they get a warrant against (via RT):

Currently, magistrate judges cannot issue warrants for “remote searches” to the FBI if law enforcement doesn’t know where a computer in question is physically located, since its location could potentially be outside of the court’s jurisdiction.

Not only does the new rule change that, it also could allow the FBI to gain access to computers that have been already hacked by malicious software, meaning that victims of cyberattacks could see their computers searched by the government. If a computer is suspected to be part of compromised network, that network could also be searched. If a computer is ultimately located overseas but hidden via Tor, then authorities may potentially be able to hack into it as well.

Warrants for “remote government searches” of any computer… “Legally”.

You know who might’ve had a problem with that? Justice Scalia.

Wonder how long it’ll be until we get to Minority Report-style pre-crime?

Congress has until December to stop this, but they can also tweak it or approve it… considering they have a nine percent approval rating, I’m not holding my breath.

But hey, at least one whole Senator is bothering to pretend to care:

However, not everyone is buying the Justice Department’s argument. Senator Ron Wyden (D-Oregon) questioned the wisdom of the changes to Rule 41, adding that he will ask the government to detail its hacking process. He also said he will propose legislation to reverse the amendments.

“These amendments will have significant consequences for Americans’ privacy and the scope of the government’s powers to conduct remote surveillance and searches of electronic devices,” he said Thursday in a statement. “Under the proposed rules, the government would now be able to obtain a single warrant to access and search thousands or millions of computers at once; and the vast majority of the affected computers would belong to the victims, not the perpetrators, of a cybercrime.”