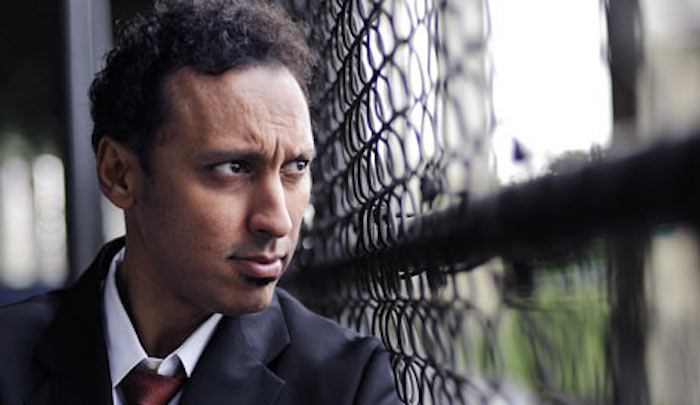 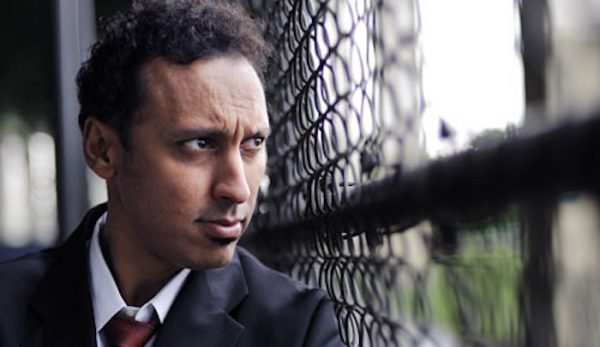 The more jihad grows and metastasizes, the more Islamic propaganda is rammed down our throats.

“Just wait till I win my Golden Globe and I yell, ‘Allahu Akbar!’ ” said Aasif Mandvi, with a chuckle. “I’m so ready!”

Muslim actor Aasif Mandvi thinks this is funny. Dancing on the millions of graves of victims of jihadi wars, land appropriations, cultural annihilations and enslavement. Yes, Aasif, it’s a real knee-slapper. Maybe he should strap on a vest to accompany his war cry. That would have the crowd in stitches.

Here it is again: yet another article calling for the long-desired Muslim family situation comedy that is going to cure “Islamophobia” by showing racist, ignorant, xenophobic Americans that hey, look, Muslims are just like us. Katie Couric called for it during the Ground Zero Mosque controversy, saying that what America needed was a Muslim Cosby Show. Reza Aslan, with his typical moronic arrogance, later updated the demand and called for a Muslim “All in the Family,” apparently not realizing that the central character of that show was a butt of jokes and an object of ridicule. But clearly he meant the same thing: if Americans could just see Muslims outside of the context of jihad terrorism, they would love them, and “Islamophobia” would evanesce. Then Barack Obama said at the Islamic Society of Baltimore that “our TV shows should have Muslim characters that are unrelated to national security.”

It is certain to come sooner or later. Will it work? Will it make Americans drop their concerns about jihad terror? Unlikely. The whole idea that Muslims are threatened, harassed and discriminated against in the U.S. is a creation of the Islamic advocacy industry, which knows well how well it pays to be a victim in the U.S. today. Those groups — Hamas-linked CAIR, ISNA, MPAC and the rest — will still need to play the victimhood game even while this sitcom is running, and after its run has ended. So we will continue to see fake hate crimes and claims of discrimination, and the failure of this show to stem the tide of “Islamophobia” will be touted as a reason why Muslims deserve special privileges and the further weakening of counter-terror measures.

Oh, and when Aasif Mandvi does win his Golden Globe and screams “Allahu akbar,” there will be a momentary gasp, followed by laughter and applause growing to a standing ovation. Jihad mass murder committed by Muslims screaming exactly the same thing? Only “Islamophobes” care about that.

When Jennifer Zobair sat down to write her first novel, she already had a muse in mind for the heroine, a glamorous, foul-mouthed Muslim woman whose high-profile job in Boston politics is on the line after a terrorist attack.

The character, Zainab, was inspired in part by Muslim political operative Huma Abedin, a longtime aide to Hillary Clinton and vice chairwoman of Clinton’s 2016 presidential campaign. Zainab and her fictional friends struggle to balance their high-pressure jobs with family expectations, like many real-life Muslim girlfriends of the author, an Iowa-born convert to Islam. And although terrorists are central to the plot, Zobair said, she was determined not to let them overshadow the romance at the heart of the story.

“I was thinking of people with anti-Muslim views and thought, ‘Can I change that? What would it take?’ ” Zobair recalled in an interview at her home in Virginia. “Well, it’s got to be love.”

What would it take? How about cutting out the jihad terror attacks?

Unfortunately for Zobair, her book, “Painted Hands,” was released in spring 2013, coinciding with the Boston marathon bombing, in which two radicalized Muslim brothers killed three people and wounded more than 250. Reviewers wouldn’t touch a Muslim love story set in Boston, Zobair said. And so she watched as the novel she’d hoped would introduce book clubs to the unseen lives of ordinary Muslim families instead got lost in the nonstop coverage of homegrown terrorists.

“It was sad because the publicist kept saying, ‘This is a time where people need to read your book, because it’s showing what Muslim American lives are like in a way that people don’t see,’ ” Zobair said. “But we just could not get any traction. It was just really unfortunate timing.”

This unhappy ending is familiar to Muslims across the arts who are struggling to diversify depictions of Islam only to confront hardened stereotypes and a lack of executive-level support across the creative fields. In more than a dozen interviews, Muslims working in mass media named three common archetypes representing a faith with more than a billion followers: the terrorist “bad Muslim,” the hyper-patriotic “good Muslim,” and the oppressed woman yearning for liberation.

The past couple of years have yielded a handful of breakout moments, but representation of Islam remains overwhelmingly narrow and negative – a problem that’s not only unjust on its own, but one that also stokes anti-Muslim prejudices at home and gives ammunition to jihadist recruiters abroad, according to media critics and counter-extremism specialists….

Muslim writers and artists agreed that they haven’t yet reached what some regard as their “Cosby Show moment,” a breakthrough hit that transforms mainstream thinking about Islam the way “The Cosby Show” challenged images of African Americans.

The comedian Aasif Mandvi, a regular on The Daily Show, made a tongue-in-cheek reference to that goal with his web series “Halal in the Family,” described as “a sitcom parody about an all-American Muslim family.” The last name of the fictional family is, “Qu’osby.”

Mandvi said there are now enough American Muslims in media and entertainment to be able to push through some better roles. Rather than dwell on the projects that never got off the ground, he said, they should keep trying for that hit that will propel them into the mainstream.

“You have to keep on creating stuff. It’s about a zeitgeist moment,” Mandvi said in a phone interview. “We’re in a period of time right now where Hollywood, maybe for the first time in a long time, is looking at diversity in another way, with the #OscarsSoWhite movement. This conversation is happening.”

The slow evolution in roles can be seen in the USA network’s “Mr. Robot,” in which an Egyptian-American actor plays a computer programmer who struggles with the moral questions of his secret life as a vigilante hacker. The one obviously Muslim character is Trenton, an Iranian-American woman whose role is written to focus on her hacking skills, not her headscarf.

The show’s Egyptian-American creator, Sam Esmail, thanked his family in Arabic when “Mr. Robot” won this year’s Golden Globe award for best TV drama. Muslim fans of the show delighted in hearing the language of the Quran broadcast on national television from one of Hollywood’s biggest events.

“Just wait till I win my Golden Globe and I yell, ‘Allahu Akbar!’ ” said Mandvi, with a chuckle. “I’m so ready!”