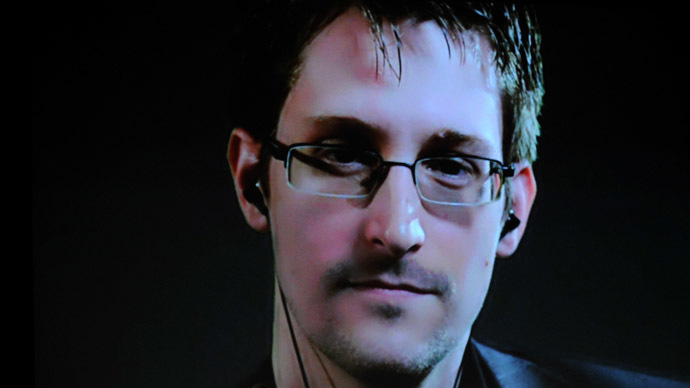 In a new piece out in The Intercept, whistleblower Edward Snowden has summed up what smart phones really are:

By preying on the modern necessity to stay connected, governments can reduce our dignity to something like that of tagged animals, the primary difference being that we paid for the tags and they’re in our pockets. It sounds like fantasist paranoia, but on the technical level it’s so trivial to implement that I cannot imagine a future in which it won’t be attempted. It will be limited to the war zones at first, in accordance with our customs, but surveillance technology has a tendency to follow us home…

But most people still don’t get it.

Inevitably that conceptual subversion finds its way home, along with the technology that enables officials to promote comfortable illusions about surgical killing and nonintrusive surveillance. Take, for instance, the Holy Grail of drone persistence, a capability that the United States has been pursuing forever. The goal is to deploy solar-powered drones that can loiter in the air for weeks without coming down. Once you can do that, and you put any typical signals collection device on the bottom of it to monitor, unblinkingly, the emanations of, for example, the different network addresses of every laptop, smartphone, and iPod, you know not just where a particular device is in what city, but you know what apartment each device lives in, where it goes at any particular time, and by what route. Once you know the devices, you know their owners. When you start doing this over several cities, you’re tracking the movements not just of individuals but of whole populations.

And he points out that, while all of this is going on, government employees sit, day in and day out, willfully participating in the Orwellian electronic enslavement of their fellow citizens:

One of the challenges of being a whistleblower is living with the knowledge that people continue to sit, just as you did, at those desks, in that unit, throughout the agency, who see what you saw and comply in silence, without resistance or complaint. They learn to live not just with untruths but with unnecessary untruths, dangerous untruths, corrosive untruths. It is a double tragedy: What begins as a survival strategy ends with the compromise of the human being it sought to preserve and the diminishing of the democracy meant to justify the sacrifice.

Every bit of computer technology we have today began as a weapon of war, from the computers themselves which were first used to tag people in concentration camps and to break the German and Japanese code during World War II, to the Internet designed by the Defense Advanced Research Projects Agency (DARPA). To think the military created these devices without weaponizing them first is just silly. That people continue to believe the military-industrial complex has only our best interests at heart is stunning.

But most are too busy merging with their smartphones to care.