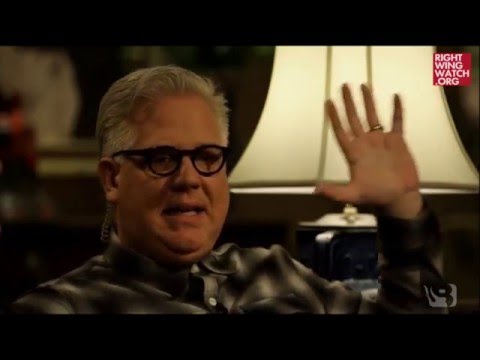 Glenn Beck declared on his radio show yesterday that there would never be another Republican president because Donald Trump had permanently marked the GOP as the party of racists.

“Trump is the face of the GOP – well that makes us crony capitalists, it makes us wafflers, it makes us pretty racist, it makes us big government guys….well I’m none of those and so I can’t say that these are my friends, cause that’s my future, I won’t tolerate it, I don’t want my children to look at that man and say yeah he’s my president,” said Beck.

Noting Trump’s unpopularity amongst hispanic voters, Beck asserted that Trump “is not going to build that wall and Mexico is not going to pay for it.”

“But here’s what happens, because Donald Trump is the GOP candidate….you will never elect another GOP person to high office ever again because….you’re going to have Hillary Clinton legalize as many voters as you can, the GOP is going to be completely racist whether it’s true or not because of Donald Trump – you will never have another Republican president ever again,” said the talk show host.

RNC Chairman Reince Priebus, who called for the GOP to unite in an effort to defeat Hillary, is set to visit with Beck next week, although Beck said he couldn’t “help” Priebus with any kind of effort to rally support behind Trump.

Beck also vehemently predicted that Hillary Clinton would beat Trump, but added the caveat that he had been “wrong this entire election”.

Indeed, Beck was spectacularly wrong just 48 hours ago when he said he had a “good feeling” about Cruz’s chances in Indiana.

The Texas Senator ended up losing by nearly 17 percentage points.