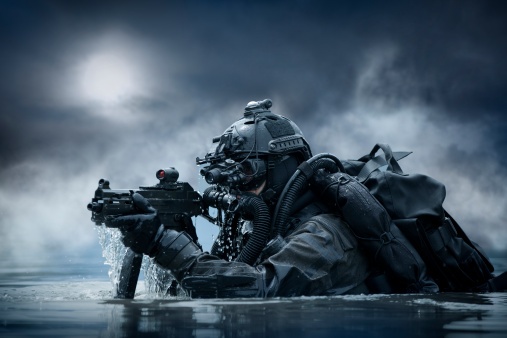 A US Navy SEAL has been killed in the Iraqi town of Tel Asqof. He was serving as an advisor to the Kurdish Peshmerga when he was killed during an Islamic State assault “on a Peshmerga position approximately three to five kilometers behind the forward line of troops,” according to a Pentagon press statement.

US Defense Secretary Ash Carter says an American service member has been killed in Iraq. A statement from the US-led forces in Iraq added the fatality was “a result of enemy fire.”

“It is a combat death, of course. And a very sad loss,” the senior official told reporters at a press conference in Germany.

On May 3, 2016, a Coalition service member was killed in northern Iraq as a result of enemy fire. https://t.co/m0eUpcuVu7

Theodore Shoebat elaborated on the fight and the death of the SEAL.

“Four hundred Muslims attacked the Christian village of Teleskof in Iraq, and one American Navy SEAL fought them off to protect his fellow Christians,” Shoebat wrote. “This is a story of true valor and honor. He was in the village to assist local Kurdish fighters, but he most definitely was there to defend his brethren against the Muslim heretics. According to reports, the firefight was very intense. The terrorists, all ISIS members, commenced the attack by sending in two suicide bombers who detonated themselves upon entering the village. As the fight was occurring, a Muslim sniper aimed at the SEAL and shot him, and he is now a martyr.”

Shoebat also included video footage from a distance of some of the fight that took place in Tel Asqof and commented, “The people who made the film above were a part of Dwekh Nasha, a Christian militia who has been fighting ISIS. We at Shoebat.com actually interviewed the one who trained Dwekh Nawsha and transformed it into a serious fighting force. His name is Brett Felton.”

We also reported on Felton back in 2015.

His efforts have not gone unnoticed. Other Americans’ efforts have been vital in helping the Peshmerga against the Islamic State and saving their people, while at the same time living out and presenting the Gospel of Jesus Christ. The Peshmerga have stepped in to fill the gap that was left by the cowardly Iraqi military, who left US supplied weapons and Humvees for the Islamic State to capture when they were being overrun.

While Reuters reported that there have been attempts to penetrate Peshmerga lines by vehicles laden with explosives and suicide bombers, The New American reminds us of why this is an issue.

Though Saddam was certainly no humanitarian, the thousands of Christians and other minorities who have fled Mosul and surrounding areas for a safe haven in Kurdistan to escape from ISIS were allowed to live peacefully under his regime.

It is safe to say that, had the United States left Saddam Hussein in place, ISIS would never have gained such dominance in the region.

The interventionist foreign policy that began under George W. Bush was continued under Barack Obama, compounding the problem. As was noted in an article posted by The New American on June 15, 2014: “Over the last week, al-Qaeda-linked jihadists styling themselves the ‘Islamic State of Iraq and the Levant’ (ISIS) receiving weapons and taxpayer funding from the Obama administration in Syria have seized control in wide swaths of Iraq.”

Our government continues to spend money and lives in Iraq and Syria as we write, and this latest death of a brave American will surely not be the last.

The May 3rd death of the SEAL is the third combat casualty since Obama unconstitutionally redeployed US troops back into Iraq in 2014.