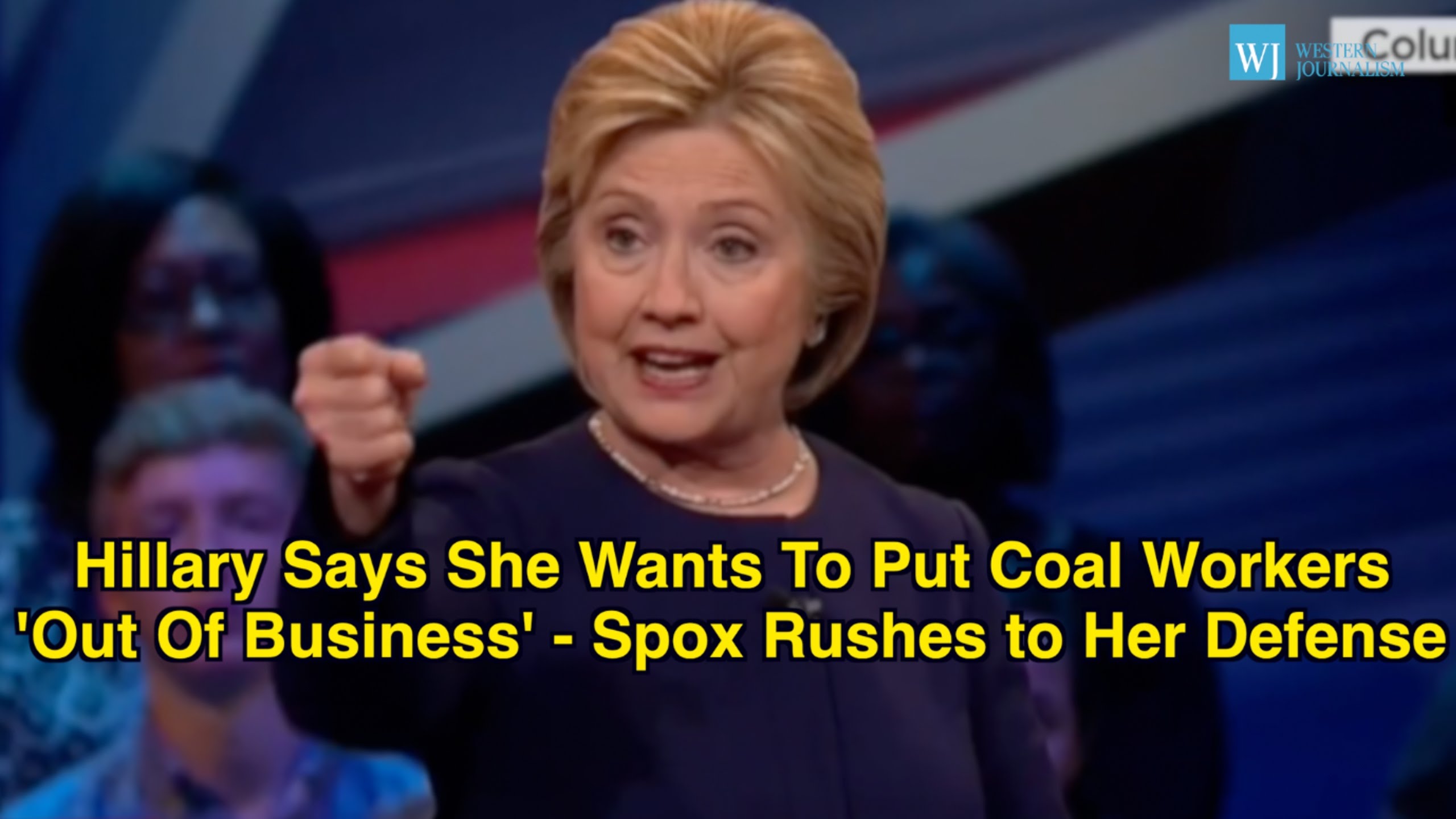 United States — Hillary Clinton already has an issue with being truthful, but her latest waffling on coal — and, specifically, coal miners’ livelihoods — has most of the country crying foul.

“Instead of dividing people the way Donald Trump does, let’s reunite around policies that will bring jobs and opportunities to all these undeserved poor communities,” Clinton boasted at a town hall meeting in March — immediately, hypocritically, and even jovially following up with this zinger:

“So, for example, I’m the only candidate which has a policy about how to bring economic opportunity using clean, renewable energy as the key into coal country. Because we’re going to put a lot of coal miners and coal companies out of business.”

Granted, the chameleon presidential candidate elucidated, however vaguely, that “we don’t want to forget those people” — and she did ultimately apologize for the original remark. But the damage from such a powerful dismissal of the livelihoods of generations of Americans had already been indelibly marked in the hearts of coal mining families — as well as in the minds of members of West Virginia’s Republican Party.

Clinton has been touring West Virginia ahead of the state’s primary — and coal miners clearly can’t let her promise to put them out of work fall by the wayside.

Hillary sat down for a roundtable discussion with local residents on Monday as throngs of protesters could be heard outside, chanting “Go home!” One of the locals, Bo Copley, who recently lost his coal mining job, pleaded with Clinton to explain her statement from March.

“The reason you hear those people out there saying some of the things that they say,” Copley said, noting the loud protesters just outside the room, “is because when you make comments like ‘we’re going to put a lot of coal miners out of jobs,’ these are the kind of people that you’re affecting.”

Copley then thrust a picture of his family in front of an obviously uncomfortable — or possibly bored — Clinton, demanding to know if his family members would “have a future in this state” were she to be elected president.

“What I said was totally out of context from what I meant, because I have been talking about coal country for a very long time,” Clinton asserted during the conversation.

Hillary’s backtracking seems disingenuous at best considering her track record is more replete with mendacity than honesty. As you can see in the following footage, Clinton has more in common with a desperate chameleon than she does with the honest voters she actively attempts to court.

And, judging by the fully extended middle fingers greeting her in coal country, it seems more and more people realize they’re likely to hear Clinton say just about anything to win votes.