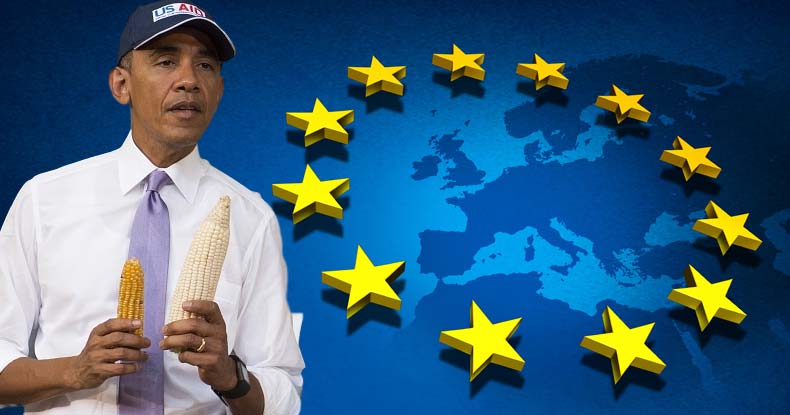 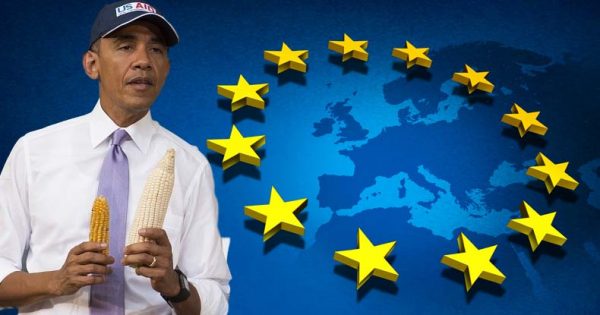 Washington, D.C. – In a stunning revelation, secret documents reveal the U.S. pressuring the EU to approve the controversial Transatlantic Trade and Investment Partnership (TTIP) trade pact through coercion and threats.

The 240 pages of leaked text from the secretive trade pact reveal the Obama administration threatening to block European automobile imports into the U.S. if the EU continues to refuse U.S. genetically modified products and hormone-treated produce.

The White House made clear the intention to block European car exports into the US to force the roughly 500 million strong EU to buy more environmentally risky US farm produce, according to the German publication Süddeutsche Zeitung, along with two German public television channels.

In an attempt to undermine the extremely secretive negotiations surrounding the trade deal between the U.S. and EU, Greenpeace released the texts, which were then made public by the German publication Süddeutsche Zeitung. The German DPA news agency confirmed the authenticity of the documents.

Effectively, by blocking car exports into the U.S., Obama wanted to force the EU to replace its precautionary consumer safety principle with the liberal U.S. approach of permitting foodstuffs until risks are proven, said ARD network’s channels NDR and WDR.

The EU operates under a principle that goods must first be certified as safe, which has often been cited by them as a means to constrain imports of American gene-manipulated and hormone-treated produce.

The goal behind the U.S. actions is to undermine the strict food safety regime of the EU in an effort to open up new markets for American produced GMO fruits and vegetables, which European regulators feel would potentially erode the health of EU consumers and adversely affect Europe’s agriculture industry overall.

The long-term impact of genetically engineered products remains unknown, as there have been no studies on prolonged and regular/heavy usage of GMO products, as is seen in the average American diet. While there has been a major correlation between the introduction of GMO into the U.S. food system and an epidemic of obesity, cancer, and autoimmune diseases, there are no conclusive studies linking them.

It appears that the Obama administration wants to leave the world with a lasting legacy of multinational corporate hegemony by blackmailing the EU into corporate subservience — all the while undermining state sovereignty through secretive supranational trade pacts.