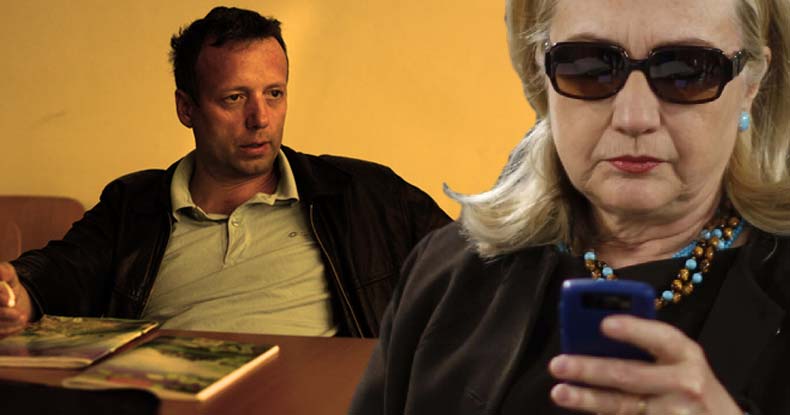 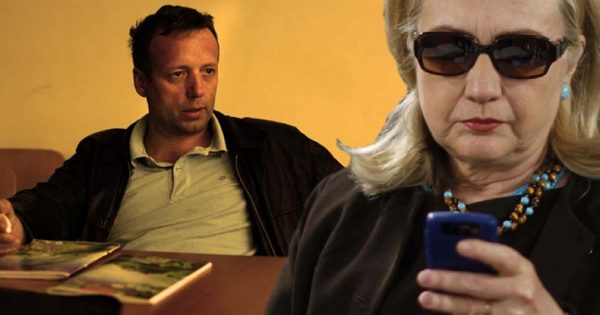 As the 2016 presidential race begins to wind down, the ongoing criminal investigation into Hillary Clinton’s personal emails has an urgent relevance — despite her campaign’s best attempts at dismissiveness.

While it quickly became apparent in the early stages of the investigation Clinton had, indeed, sent classified information through a personal server located in her Chappaqua, New York home, there had not been confirmation that information had actually fallen to the eyes of a third party. Until, perhaps, now.

“For me, it was easy,” Lazar explained to Fox News, “easy for me, for everybody.”

While the outlet said it was unable to independently confirm Lazar’s claims, it’s worth noting the hacker was recently extradited to the United States from a Romanian prison — an extradition whose timing cannot be considered coincidental.

“Because of the proximity to Sidney Blumenthal and the activity involving Hillary’s emails, [the timing] seems to be something beyond curious,” Ron Hosko, former assistant director of the FBI’s Criminal Investigative Division, previously told Fox News.

Lazar explained he gained access to Blumenthal’s account by researching biographical information found online and in books — which eventually allowed him a successful conjecture of the Clinton associate’s security question. Once inside, Lazar claims he observed ‘dozens’ of emails originating from the notorious Clinton email account.

To access that account, Lazar — under the cover of a Russian proxy server — said he used “an IP scanner” through readily available programs to obtain the originating IP addresses from emails sent to the Blumenthal account. Notably, Lazar observed others on the Clinton server, as he described “up to 10, like, IPs from other parts of the world.”

While Clinton disputes Lazar’s claims, and has been backed up by a New York Times report, cited by Reuters, stating security logs on her personal server showed no indication of foreign hacking, several security experts disagree.

“This sounds like the classic attack of the late 1990s,” explained Bob Gourley, former chief technology officer with the Defense Intelligence Agency. “A smart individual who knows the tools and the technology and is looking for glaring weaknesses in Internet-connected devices.”

Though the programs Lazar claimed he used to hack Clinton’s emails can be used professionally to discover and shore up vulnerabilities, it’s certainly possible to employ them for more nefarious purposes.

Cybersecurity expert Morgan Wright told Fox News, “The Blumenthal account gave [Lazar] a roadmap to get to the Clinton server … You get a foothold in one system. You get intelligence from that system, and then you start to move.”

Details of those account breaches aside, perhaps most crucial in Lazar’s hacking exploits — and potentially devastating to Hillary Clinton’s hopes of winning the White House — lie in a detail reported by Romanian journalist Matei Rosca.

According to Rosca, Lazar claimed he has stashed “unpublished hacked material in the cloud, some of it relating to the Middle East … He said he was expecting to collaborate with U.S. security services when the time is right. Presumably, that time would be now.”

The implications of secreted foreign policy information originating from the Clinton email breach — both for its contents and the fact Lazar could have procured it — cannot be ignored.

Though the Clinton camp repeatedly scoffs at the ongoing investigation, essentially calling the matter a security evaluation, the Department of Justice acknowledged this week the probe has become a “law enforcement matter.”

Lazar’s extradition, its timing, and claims of hidden information he is more than willing to divulge at the right moment, coupled with the turn toward a criminal investigation of Clinton’s emails, illustrate at least an uncertain future of Hillary’s presidential aspirations.

In fact, with all indications pointing to the potential Clinton will be charged in the email conflagration, the only item in question appears to be when the FBI will make a move.