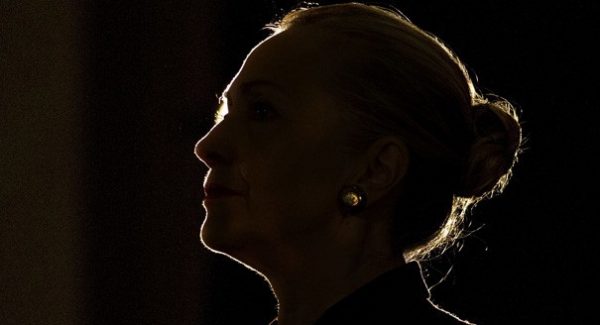 Hillary Clinton is not an advocate of the Second Amendment nor the Constitution as she claims. In fact, when it comes to the Second Amendment, there is no way this woman is not going to attack it and the rights it was designed to protect, and now we can easily see her six step plan to disarm the American people. She has even vowed to attack the rights of gun owners on her “very first day” in office, if elected.

Awr Hawkins, writing at Breitbart, lists six of Clinton’s unlawful, tyrannical and even criminal proposals when it comes to infringing upon the rights of the people to keep and bear arms.

First, consider that Clinton’s husband pushed for and signed into “law,” though in violation of Article Two of the Bill of Rights, the unconstitutional “assault weapons ban.” That ban did nothing to stop crimes that were committed with guns. It did keep law abiding citizens from obtaining weapons that the government does not have authority to regulate.

As far as the Australian-style gun ban goes, this is the same nonsense and criminal actions that Barack Hussein Obama Soetoro Soebarkah has espoused, which the Second Circuit Court of Appeals opened the door to. Neither Australia nor the UK saw a reduction in violent crime because of their infringement upon the rights and duties of the people to arm themselves. In fact, they saw a rise in violent crime!

Allowing crime victims to sue gun manufacturers and gun sellers because someone took their product and used it in an unlawful manner is the same as saying we ought to be able to sue the manufacturers of cars because people who drive recklessly injure us. It is ridiculous. Yet, Clinton maintains, “So far as I know, the gun industry and gun sellers are the only business in America that is totally free of liability for their behavior. Nobody else is given that immunity. And that just illustrates the extremism that has taken over this debate.”

Well, Mrs. Clinton, you and your husband have apparently been given such immunity from your own crimes against the people when you have infringed on the rights that are to be protected in the Second Amendment. You have criminally voted in the senate for all kinds of unconstitutional spending and your husband has signed legislation that resulted in that as well. I could list a plethora of things in which Mrs. Clinton has been, for lack of a better term, immune from the crimes she has committed.

Outlawing private guns sales is another unconstitutional usurpation of authority. Neither the Congress nor the Executive has the power per the Constitution to be regulating private sales of guns.

As for background checks, the DC government has been given no authority in this area either. In fact, we know that they are keeping information they have obtained from those background checks in violation of federal law! Additionally, all this bureaucracy does is threaten the lives of law abiding citizens by infringing on their right and duty to protect themselves and their families.

This goes for the no-fly list bans as well. It is a clear violation of the Fifth Amendment, which says that the rights of a person are not to be violated unless they are convicted of a crime.

Hillary Clinton should not be allowed anywhere near the Oval Office of the White House. She should be indicted, arrested and found guilty of her treason against the American people and a just punishment administered, which in the days of our founding fathers would have been a quick execution.