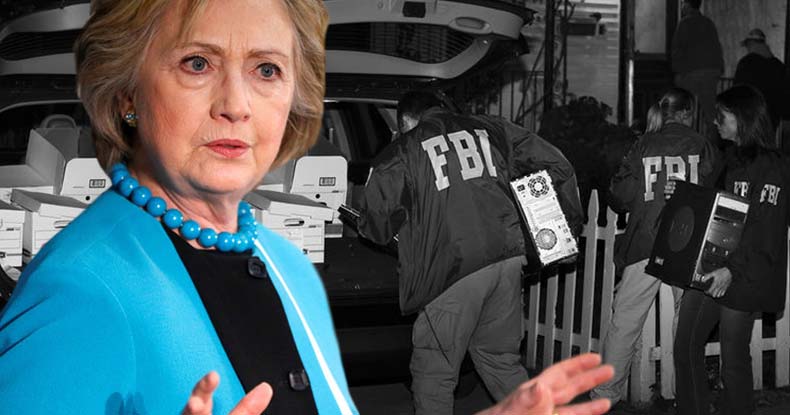 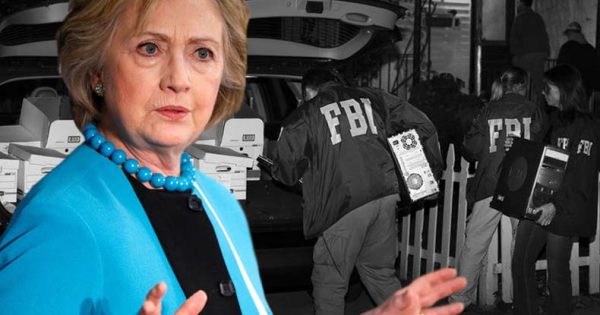 Late Thursday night, it was announced that the Federal Bureau of Investigation is likely to interview Hillary Clinton in the next few weeks about her use of a private email server while she was secretary of state and the subsequent leakage of top secret information. Officials noted that they have already begun interviewing some of her aides.

One of Clinton’s closest advisors Huma Abedin, who is married to disgraced former Congressman Anthony Weiner, has already provided an interview to federal investigators as well.

This news comes on the heels of the Romanian hacker, ‘Guccifer,’ who is responsible for the leak, claiming it was “easy” for him to access her server.

The Department of Justice also announced that they found someone willing to blow the whistle on the corrupt presidential candidate too. Bryan Pagliano, the IT specialist who built the server, allegedly “off the books,” was granted immunity in exchange for his testimony.

“From the start, Hillary Clinton has offered to answer any questions that would help the Justice Department complete its review, and we hope and expect that anyone else who is asked would do the same. We are confident the review will conclude that nothing inappropriate took place,” Clinton’s press secretary Brian Fallon said in a statement.

According to CNN, the investigation is expected to conclude in the next few weeks, meaning that its results would be revealed prior to the pivotal California primary against Bernie Sanders and the Democratic convention in July.

During the four years she was Secretary of State, Clinton never used an official state.gov address, instead using the private server for all state communications.

Two years after she left office, Clinton turned over 30,490 emails to the State Department after requested to do so, although her team deleted 31,830 they claim were not work related.

Clinton claims the server was created out of convenience because she didn’t want to carry two BlackBerrys per State Department policy prohibiting multiple accounts on one device.

However, that contradicts an interview she gave in February last year in which she described herself as “two steps short of a hoarder” carrying a Blackberry, iPhone, iPad, and iPod with her.

Though the Clinton camp repeatedly scoffs at the ongoing investigation, essentially calling the matter a security evaluation, the Department of Justice recently acknowledged this week, the probe has become a “law enforcement matter.”

As the Free Thought Project has previously reported, the revelations stemming from the release of these emails shows that Clinton has everything to hide.

Clinton’s emails revealed how the United States used Google as a geopolitical weapon to overthrow Assad. The U.S. State Department and Google worked in concert to topple the government of elected Syrian President Bashar al-Assad in an attempt at forwarding U.S. geopolitical strategy.

Her emails also exposed her overly cozy relationship with the Rockefellers and Rothschilds families and their long-time support of the Clinton dynasty.

Also, one of the most damning leaks revealed how NATO was used as a tool to topple Libyan leader Muammar al-Gaddafi. The NATO overthrow was not for the protection of the people as the public was told, but, instead, it was to thwart Gaddafi’s attempt to create a gold-backed African currency to compete with the Western central banking monopoly.