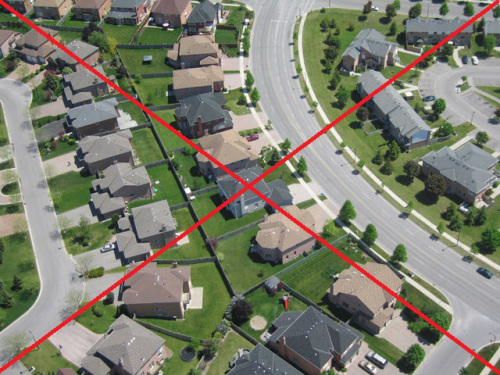 If you’re living in a neighborhood of mainly “whites,” or Christians, or non-refugees, or middle-class income earners, or traditional man-woman households, and your town or city receives federal dollars, say goodbye to the neighborhood as you have known it.

As explained by Ed Gramlich of the National Low Income HousingCoalition, in “Affirmatively Furthering Fair Housing: Final Regulations,” the new rule is an addition to the Fair Housing Act of 1968, which prohibits housing discrimination against the “protected classes” of race, color, religion, sex, familial status, national origin, or disability, by requiring “program participants” to “affirmatively further fair housing” by taking steps “to actively overcome historic patterns of segregation“.

Translated into plainer English, that means if your town/city/county/state contains sections and neighborhoods that lack blacks, Muslims, LGBTs, Mexican illegals, Syrian refugees, and the mentally ill, the assumption is that the homogeneity is a result of discriminatory housing practices. And if your town/city/county/state gets federal dollars for housing and urban development — which means everywhere in the U.S. — then your local government is required to “desegregate” and break up your neighborhood’s offensive homogeneity.

In the preamble to the rule, HUD stresses that “the new AFFH approach does not mandate specific outcomes. Rather, it establishes a standardized fair housing assessment and planning process to give program participants a more effective means to affirmatively further the purposes of the Fair Housing Act.” Blah, blah, blah.

(1) HUD will provide each “program participant” (henceforth, I’ll call it “your town”) with the following:

(2) Your local government then uses the data to assess whether and how “fair” the housing is in your town; identify neighborhoods lacking “fair housing”; and set “fair housing goals and priorities”. All of that should be submitted to HUD in an “Assessment of Fair Housing” (AFH), the development of which requires “public participation”.

(3) HUD receives, reviews, and decides whether to accept your town’s AFH.

(4) If accepted, your town must “certify (pledge) that they are affirmatively furthering fair housing choice” by incorporating its HUD-approved AFH into its Consolidated Plan (ConPlan) and Public Housing Agency (PHA) Plan. Specifically, this means, your town must “take meaningful actions” to “address significant disparities in housing needs and in access to community opportunity” by:

(6) Your town must submit a new AFH every 5 years, which will result in a new ConPlan and PHA Plan.

When new rule will be enforced

HUD says “Most program participants will not be required to use the new AFFH system until 2019.” The exact timing or due date for a “program participant” to submit an “Assessment of Fair Housing” (AFH) depends on:

If you thought Agenda 21 is bad, this new “fair housing” rule is Agenda 21 On Steroids, and it will wreak havoc in neighborhoods and communities across America. And yet, not a word from Congress or the useless media.

Please help publicize this by disseminating this post via email and social media. Thank you.