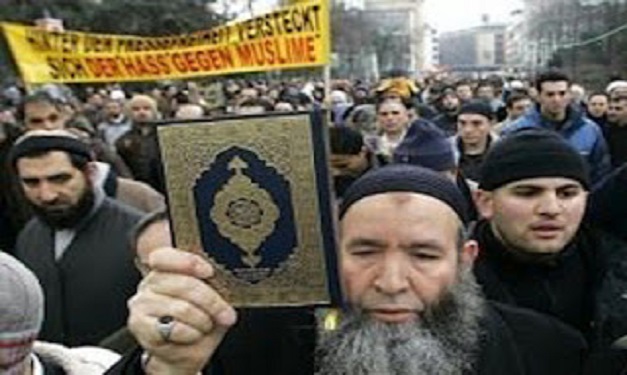 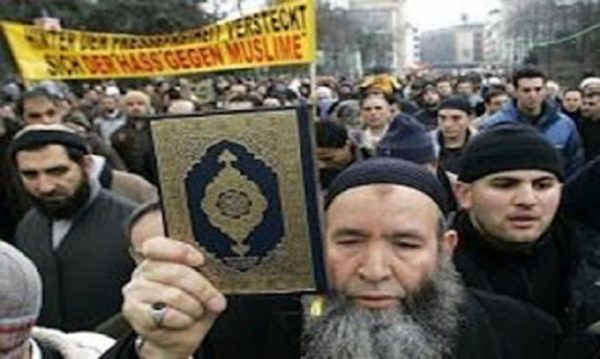 This is a growing trend — a response to the increasing islamization of Europe and its attendant supremacism, misogyny, Jew-hatred and bigotry.

Thursday, Breitbart published an article I wrote on the same poll results in France: Poll Shows ‘Total Rejection’ of Islam in France Across the Political Spectrum. And still the European elites run roughshod over the will of the people. So prepare yourself for admonishments, Obama dawah speeches, wails of islamofauxbia and backlashophobia that we must always suffer for opposing jihad-terror and the most brutal, extreme ideology on the face of the earth — the sharia.

But this “discontent” is growing, and the fight for freedom has only just begun.

“‘There is NO place for Islam in our politics’ Shock poll highlights Germany’s discontent,” By Rebecca Perring, The Express, May 5, 2016

MORE than half of Germans surveyed in a shock poll say there is “no place for Islam” in their nation’s political system.

More than 60 per cent of people say Islam cannot be part of German politics.

The results hint at a dramatic changing attitude of the nation’s population towards the religion over the past year, which has seen the arrival of more than one million migrants.

In January, 37 per cent of people said Islam did have a place in Germany, but this has dropped to just 22 per cent, according to figures released by tabloid Bild.

Meanwhile 60 per cent of voters said “there is no place for Islam” in German politics.

Attitudes toward the religion appear to reflect fear of so-called Islamisation – with 46 per cent of Germans saying they were concerned their country would be taken over by proponents of political Islam.

It comes after Alternative for Germany (AfD) launched its election manifesto calling to ban the burka and claiming Islam is “not part of Germany”.The manifesto, entitled “Islam is not part of Germany”, was agreed in a vote of around 2,400 party members.The results come amid an increasingly fractious debate over radical Islamism in Germany, sparked by Angela Merkel’s ill-fated open door asylum policy.This has pushed voters into the embrace of right-wingers like the anti-immigrant AfD party which scored big in regional elections in March and which now threatens Merkel’s CDU conservatives at the general election in the autumn of next year.Shocking opinion polls delivered a crushing blow to the German Chancellor as it was revealed Merkel’s conservatives lost in two out of three state elections. Germans appear to be punishing her accommodative refugee policy.

AfD have called for the burka to be banned

More than 1.1 million migrants entered Germany last year, with most coming from Middle Eastern and North African countries. But Merkel’s grip on power is growing ever weaker, with rebellion across the country against her controversial immigration policies.She has consistently berated other EU states for introducing border controls to bring the migrant flow under control, ever since she made a pledge last summer to welcome all Syrians with open arms.But growing cracks appeared and members of her own movement are beginning to openly question her stance on immigration following the horrific Cologne sex acts, forcing her to back down.