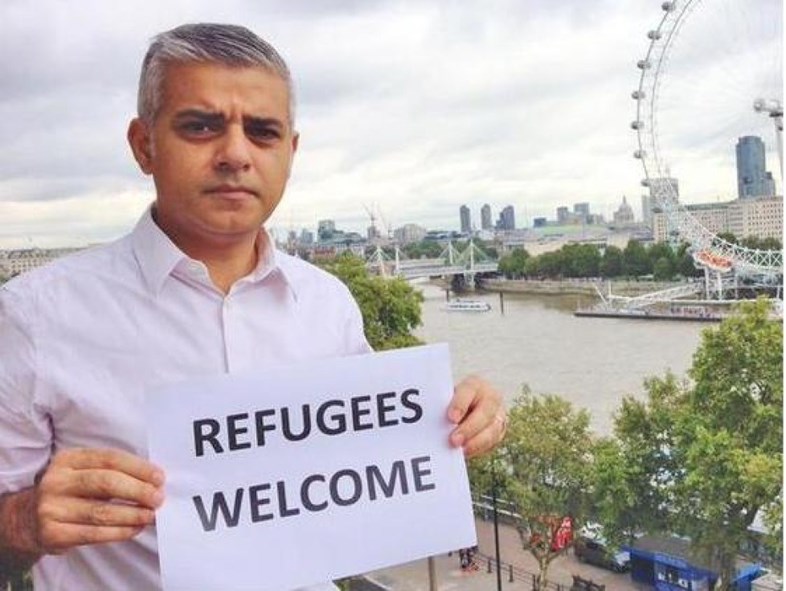 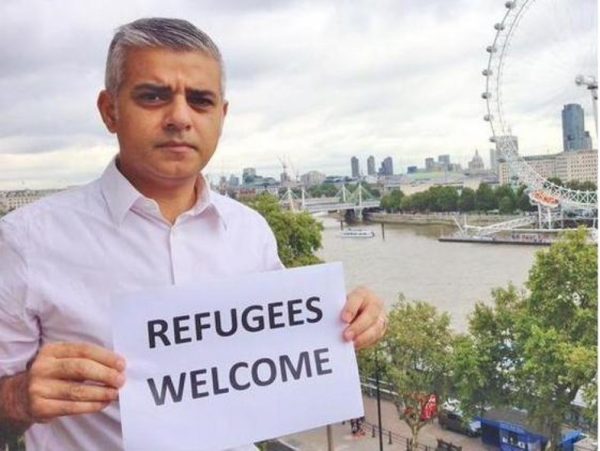 This is part of the Islamization of Britain. Is anyone really surprised? The UK banned me from the country. It is already acting like a de facto Islamic state. That a man who has shared a platform with open Jew-haters could still be elected Mayor of London is an indication of how far gone Britain already is. In Sadiq Khan’s campaign, his opponents brought this up as a blot on his record. Soon enough in Britain, however, it will be a selling point for candidates appealing to an increasingly Muslim electorate.

Did anyone think the notoriously anti-semitic UK would vote for his opponent — a Jew? London is overrun — voter fraud in Muslim precincts is rampant. Not that you would need it.

Mr. Khan’s own track record is perhaps one of the most sour of all Muslim politicians in the Western world.

In 2001 he was the lawyer for the Nation of Islam in its successful High Court bid to overturn the 15-year-ban on its leader, Louis Farrakhan.

In 2005 and 2006 he visited terror-charged Babar Ahmad in Woodhill Prison. Mr. Ahmed was extradited to the U.S. in 2012, serving time in prison before being returned to the UK in 2015. Mr. Ahmed pleaded guilty to the terrorist offences of conspiracy and providing material support to the Taliban.

And Mr. Khan also campaigned for the release and repatriation of Shaker Aamer, Britain’s last Guantanamo detainee, who was returned to the UK in November.

Both Messrs Aamer and Ahmed provided Mr. Khan with links to the advocacy group CAGE, which described the Islamic State executioner Mohammed Emwazi as a “beautiful young man” and which has campaigned on behalf of both men. Mr. Khan is reported to have shared a stage with five Islamic extremists, including at sex-segregated events. Even so, his poll numbers remained firm until election day.

Londoners got news on Friday that their mayor for the next four years is a man with the judgement, priorities, and fellow travellers as laid out above. This, combined with an annual £16bn budget and an army of police, bureaucrats, and officials, would make Mr. Khan one of the most powerful Muslims in the Western world.

“London’s new Muslim mayor has shared platform with Jew-haters,” (thanks to Robert Spencer):

“Cameron accused Khan of sharing ‘a platform with an extremist who called for Jews to drown in the ocean.’” This apparently wasn’t enough to keep Khan from being elected. Soon in Britain it will not be a drawback for candidates at all, but a selling point.

Remember also: those who charge that this is base guilt-by-association would have employed the same tactic lustily had Khan’s opponent ever shared a platform with a foe of jihad terror.

LONDON (Reuters) – Labour candidate Sadiq Khan was set on Thursday to become the first Muslim to be elected mayor of London, loosening the ruling Conservatives’ hold on Britain’s financial center after a campaign marred by charges of anti-Semitism and extremism.

His expected victory may be a lone bright spot for Labour on a day of local elections in England, Scotland and Wales. Opinion polls suggested the main opposition party would lose seats in some traditional strongholds, testing the authority of its new left-wing leader, Jeremy Corbyn.

In bright sunshine, Britons trickled in to voting stations to cast their ballots in elections which some campaigners fear could fail to attract many voters, as the contests have been overshadowed by next month’s referendum on whether Britain should leave the European Union.

The fight to run London – the top prize in the local elections – has pitted Labour’s Khan, 45, the son of an immigrant bus driver, against Conservative Zac Goldsmith, 41, the elite-educated son of a billionaire financier.

The winner will replace Conservative Boris Johnson, who has run the city of 8.6 million people for the past eight years and is seen as a leading contender to succeed David Cameron as party leader and prime minister.

Khan has a big lead in the opinion polls, despite accusations by Goldsmith that he has shared platforms with radical Muslim speakers and given “oxygen” to extremists.

“Yes Goldsmith’s argument on the radio made me distrust him … I am absolutely amazed how he tried to smear by innuendo,” said self-employed voter Ian Whisson, describing the Conservative candidate’s campaign as “disgusting and slimy”.

Goldmith denies the charge, saying he has raised legitimate questions over his opponent’s judgment.

The campaign, condemned by Labour for using what it calls Donald Trump-style tactics to divide Londoners along faith lines, has swept aside usual concerns in the capital over high transport costs and a lack of affordable housing.

On the eve of the vote, Prime Minister Cameron and Labour leader Corbyn went head-to-head over Khan and Goldsmith’s campaigns in a heated parliamentary debate.

Cameron accused Khan of sharing “a platform with an extremist who called for Jews to drown in the ocean”, while Corbyn accused the Conservatives of “smearing” Khan.

Khan says he has fought extremism all his life and that he regrets sharing a stage with speakers who held “abhorrent” views.

But the former human rights lawyer has also had to distance himself from Corbyn after a row over anti-Semitism.

The Labour leader ordered an inquiry into charges of anti-Semitism after suspending Ken Livingstone, a political ally and a former London mayor, for saying Adolf Hitler had supported Zionism.

Khan was quick to condemn the comments. Although people out in the capital said the row had done little to change their view of the Labour candidate for mayor, others said they had become disenchanted with the party itself….