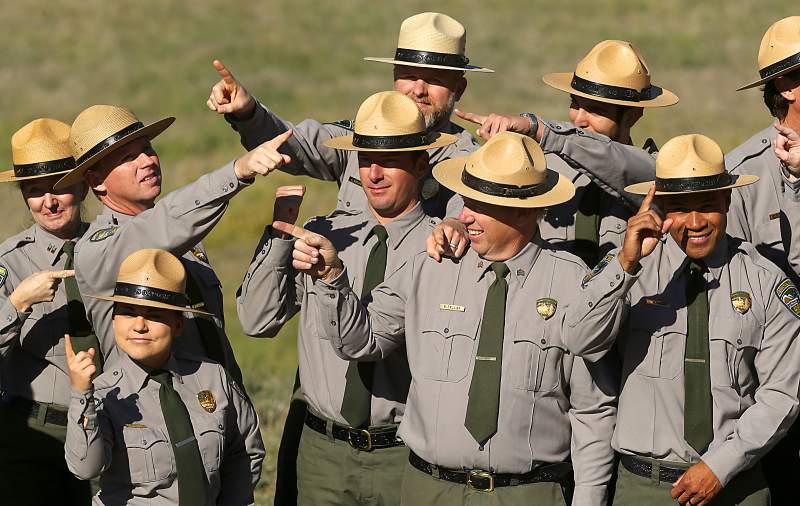 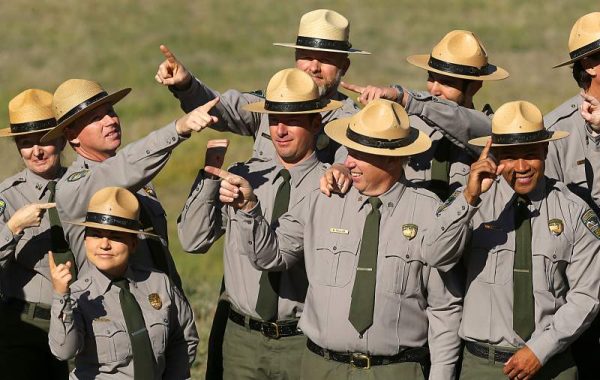 National Parks, originally known as Federal Reserves, have been in existence for well over 100 years, with the first recognized in 1872 – that being Yellowstone, or Jellystone for you Yogi and Boo Boo enthusiasts. Back then, there was really no one to look after the park – no National Park Service – no Park Rangers.

In 1886 Congress decided to charge the military with the task of overlooking and protecting Yellowstone, but they were not really equipped or trained to do the job properly. Park service demanded a different set of skills and knowledge that soldiers did not possess, not to mention that it took away from the military training these soldiers actually needed.

On August 25, 1916, the Park Ranger Service was born, which means their centennial is just around the corner. Prior to the military influence, 1872 -1886, those who loosely patrolled Yellowstone dressed in civilian attire, but since 1886, those who have looked after our National Parks have always been in uniform. And up until recently, this has been just fine.

But then again, many things have been just fine until the relatively recent rise of blubbering, over-sensitive leftism. Nowadays, there is almost nothing that won’t somehow offend a helpless liberal flower or a protected group – and it seems the Park Rangers have done just that.

We know this because the designated representative of the entire Latino community said so. Wait, Maite Arce is not the duly elected, rightfully chosen representative of all Latinos everywhere? No – apparently not. She does however speak for a radical leftist group, similar to La Raza, the Hispanic Access Foundation (HAF), who promote the causes of illegal aliens – but only Latinos. If you are a Norwegian illegal – she doesn’t care.

Now what could possibly be her and her group’s beef? It seems Park Ranger uniforms too closely resemble those of the border patrol and I.C.E. agents. Oh the horror!

So here we go again. Free access to healthcare, a free K-12 education, in state college tuition, welfare, and a myriad of other perks isn’t enough. Now the National Park Service must change their uniforms to accommodate people who shouldn’t be here because they are scared by the way the Rangers are dressed? Yep, that’s it.

Arce says that, “We are calling for drastic and scary change. One example I can give you is with the Latino community, especially among the border states, but even nationwide, just the simple color of the uniforms that rangers wear. It’s such a shame that something as simple as the uniform and it’s similarity to the border patrols uniform – in the coloring – could be very threatening to certain segments of the Latino population.”

Of course it’s not one example – it’s the only example and we all know what “certain segments of the Latino population” she is referring to – the only “segment” who might be concerned with being caught and deported. Sadly, I don’t know where this fear originates from. I.C.E. and the Border Patrol are under orders to catch and release if they even catch. So why on Earth should illegals fear the Park Rangers?

But just in case they do have their precious feelings hurt by the sight of a mean old Ranger, the HAF, along with other groups and pandering liberal lawmakers, is asking Obama to issue an Executive Order for changes to be made.

Among the suggestions are to, “Assess the cultural implications of existing agency uniforms, offices, signage, and other facilities. For example, the Park Service law-enforcement vehicles look like those used by U.S. Citizenship and Immigration Services, and uniforms have law enforcement connotations, both of which present a significant impediment to engaging all Americans.”

One problem with that statement. “Americans” don’t have a fear of the Park Rangers, or their uniforms, or their vehicles, or the offices, or the signage. And why? Because we’re Americans! We have a right to be here and your constituents do not!

Newsflash: We “Americans” don’t care how you or your illegal alien brethren “feel” when someone in uniform – any uniform – rolls up. Perhaps we should instead make the Ranger uniforms even scarier. Nothing else seems to be driving away the illegals. Maybe we should give that a go. Conduct a national poll of only illegals to determine what type of uniform would scare them most and design one accordingly.