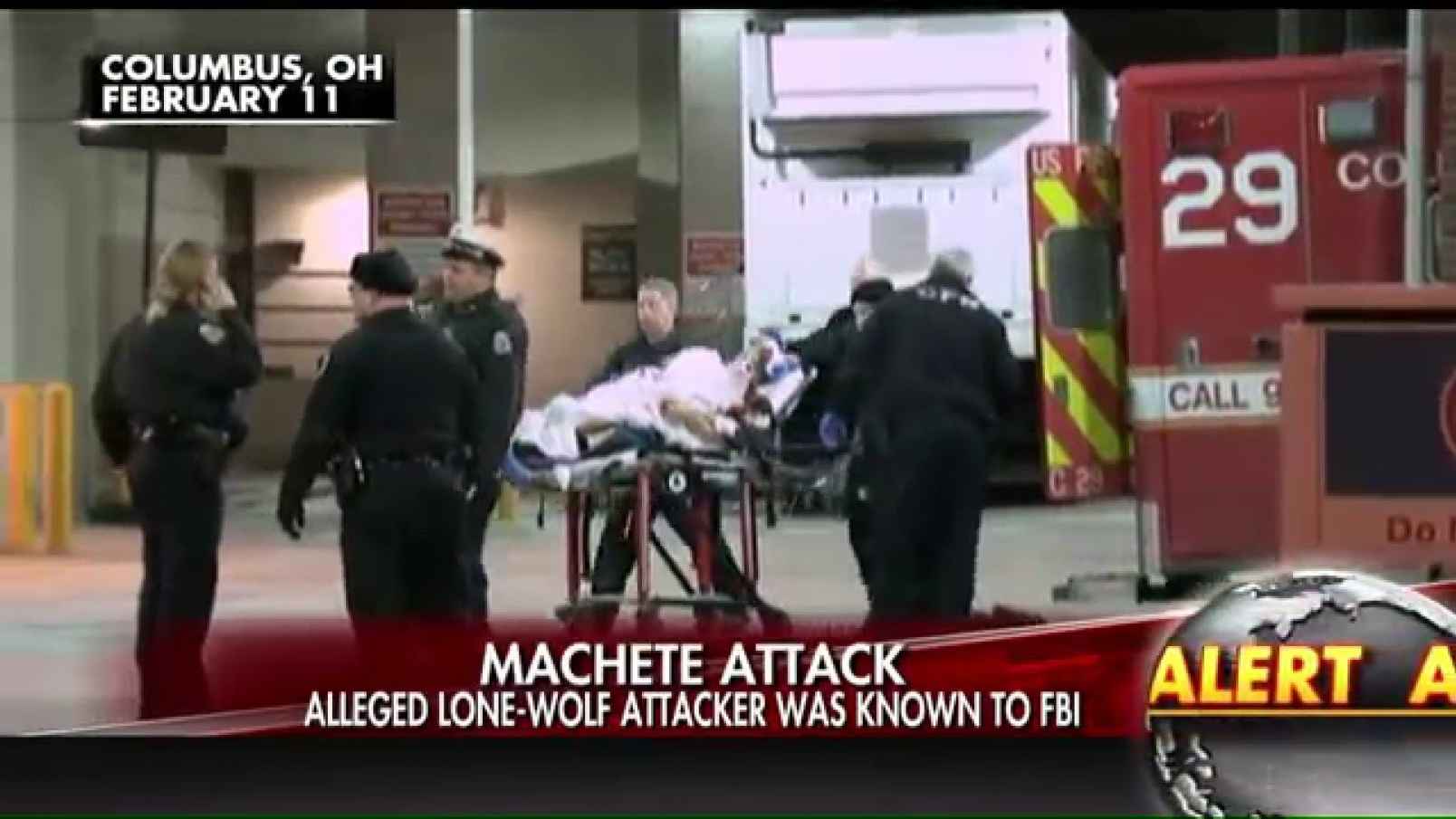 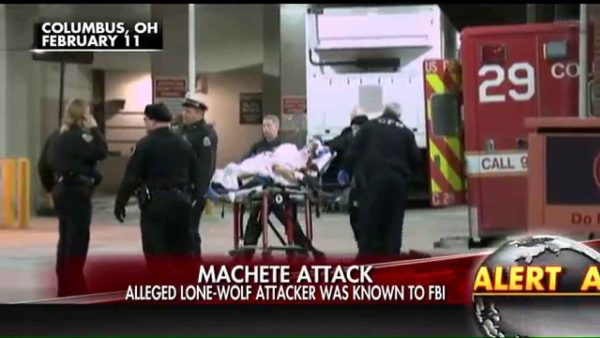 A devout Muslim goes into an Ohio restaurant with a machete and starts hacking up the patrons because the owner is an Israeli Christian. This is a news story that was virtually ignored by the enemedia. If a “right wing” Christian ever walked into a Muslim restaurant and started hacking (which has never happened), it would be the biggest story since 9/11. But Muslims hacking Christians and Jews? Not news. Typical.

“Ohio Attack Victim: I Didn’t Come to America to Hear the President Preach About Islam…” Breitbart, May 7, 2016 (thanks to The Religion of Peace):

TEL AVIV – The Israeli Arab owner of the Columbus, Ohio, restaurant attacked by a machete-wielding Muslim immigrant from West Africa in February expressed his frustration during an interview in Israel this week that U.S. authorities have not labeled the attack an act of Islamic terrorism.

Hany Baransi, the owner of the Nazareth Restaurant and Deli, told the Times of Israel upon his visit here that he is certain his establishment was targeted because he is Israeli.

“I am sure it was an assassination attempt. I was the target. Why else would the Nazareth have been targeted? It wasn’t a random attack. Mine is the only restaurant in Columbus that displays an Israeli flag,” said Baransi.

The Times of Israel reported that Baransi said the FBI has been recently refusing to reply to his requests for information about the ongoing investigation.  And he said he is dismayed U.S. officials do not discuss Islamic extremism.

“There is a problem in the US to mention terrorism or Islamic extremism. Obama talks about how Muslims are peace-loving. I didn’t come to America to have the president preach about Islam,” Baransi stated.

Baransi made similar comments in February, when he was interviewed on this reporter’s talk radio program, “Aaron Klein Investigative Radio,” which is broadcast Sunday nights on New York’s AM 970 The Answer and NewsTalk 990 AM in Philadelphia.

During that interview, Baransi argued the attack was “most definitely” a terrorist act, and he revealed that he often argued with local Arabs about his staunch pro-Israel views.

Asked why he thought the attack was a terrorist incident, Baransi replied, “I’m from Israel. I’m a very outspoken Israeli Arab. People don’t like that here. I don’t have too many friends.”

Baransi was asked by this reporter to elaborate on his outspoken views. The restaurant owner said he often debated with local Arabs who expressed anti-Israel sentiment.

When I meet Arabs, they ask me “where are you from.” I say, “I’m from Israel.” And then they start arguing about Palestine and stuff. You might be Palestinian. I’m not. I’m Israeli. I have Israeli citizenship. I’m a proud Israeli citizen.

And I try to talk to them back. “Hey, do you know there’s a democracy in Israel? Do you know the Muslim in Israel has more freedom than any Muslim in any other country?”

Israel to me is the greatest country in the Middle East. And I’m tired with people putting us down and putting the Jewish people down. And I defend that.

Baransi said he was born in Haifa, Israel in 1965 and was raised Catholic. He said he immigrated to the U.S. in 1983.

According to Baransi, the suspected attacker, Mohamed Barry, 30, came into the Nazareth restaurant thirty minutes before the attack and inquired about Baransi’s Israeli background.

He stated that Barry walked in, “and one of my waitresses was in the front greeting people. He looked around. I have by the cashier area [an] Israeli flag, an American flag. And he looked around and asked where was I. Asked where was I from. And when I was coming back and such.”

“Then he left, came back thirty minutes later with a knife and machete and walked into the restaurant and went from one table to another slashing people,” Baransi stated.

Barry injured four people in the brutal attack before taking off and being chased down by local police who were able to identify his vehicle utilizing witness reports.

CNN reported on the police chase:

Once authorities were able to get the suspect off the road, he tried to exit from the passenger side of the vehicle and an officer unsuccessfully tried to use a stun gun on him, Weiner said.

The suspect eventually made it out of the vehicle with a machete and another knife in hand.

Then, “he lunged across the hood at the officers,” Weiner said. “Another officer in a cruiser fired a couple shots at him and put him down.”

Barry’s uncle told local media that the suspect was born in Guinea and moved to the U.S. in 2000, living mostly in Philadelphia, and then moving about two years ago to Columbus.

The news agency added: “Pegues reports that law enforcement is concerned that this incident has the hallmarks of the type of so-called ‘lone wolf’ terrorist attack that they have been working to stop.”