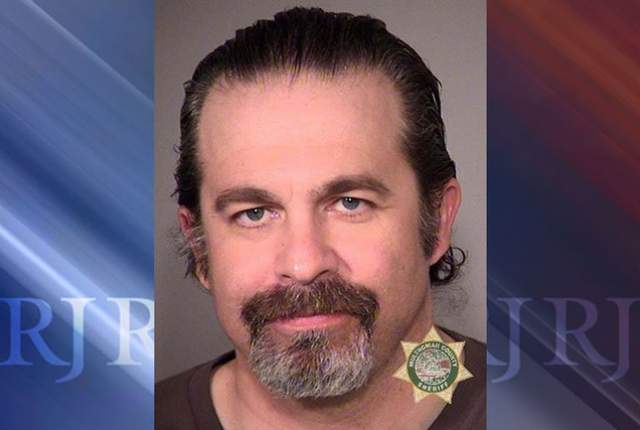 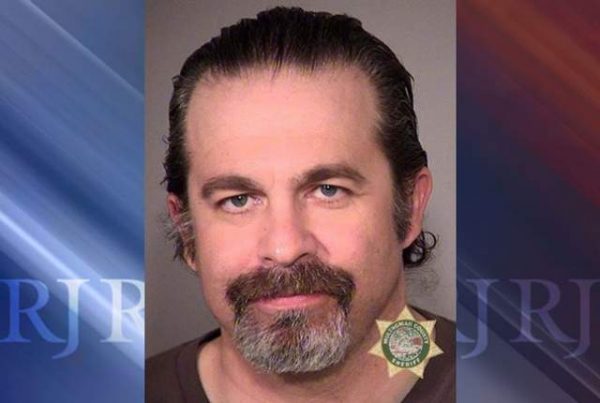 Reporter Pete Santilli had his hearing in Nevada on Monday on trumped up charges he is facing for his reporting on the Bundy Ranch Siege in 2014. As he left the courtroom in chains, he cried out, “I’m a journalist. This is what they do in Communist China!”

Peter Santilli, a conservative Internet talk show host, lost another bid for freedom Monday while he faces felony charges in the criminal case stemming from the Bunkerville standoff.

Following a hearing, Chief U.S. District Judge Gloria Navarro said she did not buy Santilli’s argument that he was a journalist covering the April 12, 2014, armed confrontation between the Bundy family and law enforcement. He hosts the Internet-based “Pete Santilli Show” from Cincinnati on YouTube.

Navarro ordered Santilli to remain behind bars after finding that he is a danger to the community and that he cannot be relied on to make his court appearances.

His lawyer, Chris Rasmussen, argued that Santilli’s free speech rights were being violated and sought the defendant’s release with conditions.

But First Assistant U.S. Attorney Steve Myhre countered that the case was not about free speech, but rather about the armed assault of federal agents.

The Law Vegas Review Journal reported that Santilli uttered, “I’m a journalist. This is what they do in China.”

However, it was Santilli’s co-host, Debra Jordan, who set the record straight on what Santilli actually said. Apparently the Journal decided it would censor one word, “Communist.”

Here is what he actually said:

“I’m a journalist. This is what they do in COMMUNIST China.”

“Stay strong” and keep up the fight — the government is wrong and corrupt. I will appeal this immediately — This is a travesty.

According to Jordan, Santilli then uttered the words, “Semper Fi Myhre, I will see you again” to Assistant US Attorney Steve Myhre.

Indeed, he will see him again! Jordan and Nevada Assemblywoman Michele Fiore joined Jim White and me on Northwest Liberty News on Thursday to talk about what has been going on with Pete and the other political prisoners. Click this link to listen to the show beginning around the 15:00 mark.

If you would like to help Pete with expenses or write to him to encourage him in his stand against a criminal DC government and the corrupt in Nevada and Oregon, please click on this link to donate and obtain the address where you can write to him.