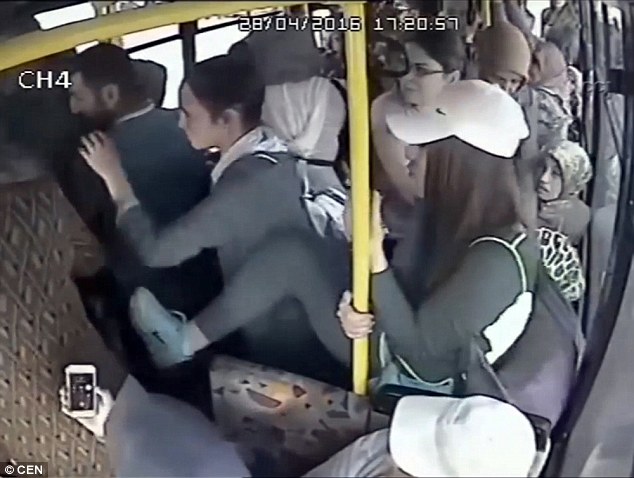 This Turkish guy picked the wrong time and place to harass this woman… on a crowded bus surrounded by other women.

The incident, caught on camera, showed the 34-year-old man, identified only by his initials AEA, being confronted by his victim after he allegedly showed her his genitals on the bus in Turkey’s north-western Kocaeli province.

Here’s what the security camera caught:

Apparently once the woman realized what the man was showing her, she screamed, alerting everyone else on the bus to what just happened.

The video ends with the guy basically being smacked and kicked — literally by one of the women — off the bus, presumably so they could continue beating him.