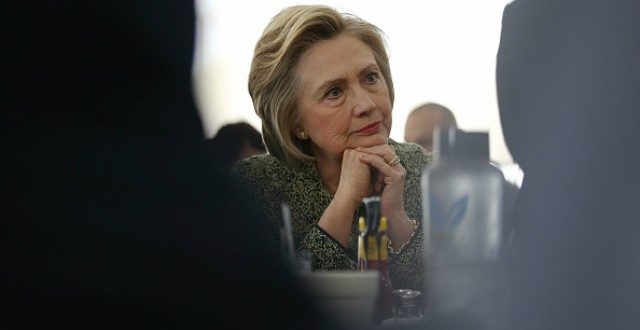 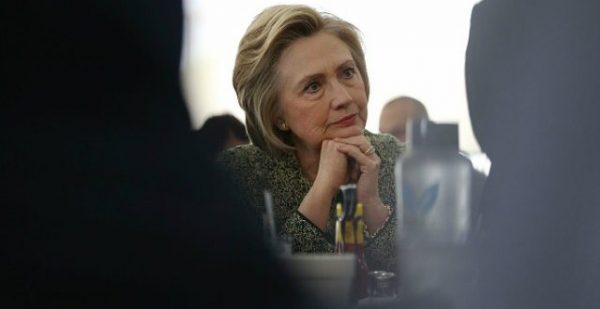 Despite repeated claims from the Hillary Clinton camp her use of a private email account and server during her tenure as secretary of state were really ‘no big deal,’ the investigation has not only deepened into a criminal one, but it has now set its sights on the notorious Clinton Foundation, as well.

Four years’ worth of State Department emails from Clinton’s top IT staffer, Bryan Pagliano, have vanished.

“The State Department has searched for Mr. Pagliano’s email pft file and has not located one that covers the time period of Secretary Clinton’s tenure,” said State’s Elizabeth Trudeau, reported Investor’s Business Daily.

Though files from Pagliano’s “recent work at the Department as a contractor” have been found, they are “from after Secretary Clinton left the Department.”

Pagliano set up the private email server — which Clinton used exclusively to conduct State business — at the heart of the email investigation and controversy, and has been granted immunity by the Justice Department in return for his testimony in the case. As IBD put it, Pagliano “is, in other words, a key witness in what could end up being a criminal case.”

Pagliano’s suspiciously missing communications were discovered pursuant to a lawsuit filed by the Republican National Committee over the possible criminal nature of Clinton’s use of the private server, which was located in her private residence.

“It’s hard to believe that an IT staffer who set up Hillary Clinton’s reckless email server never sent or received a single work-related email in the four years he worked at the State Department,” RNC deputy communications director, Raj Shah, told the Daily Beast.

“Such records might shed light on his role in setting up Clinton’s server,” Shah continued, “and why he was granted immunity by the FBI. But it seems his emails were either destroyed or never turned over, adding yet another layer to the secrecy surrounding his role.”

Despite Hillary Clinton’s prominent position as a potential presidential candidate, the FBI says it is committed to an impartial yet swift investigation. Former FBI agent and Managing Director for Global Intel Strategies, James Conway, told RT the legacy the FBI carries for fairness and impartiality in such investigations will be upheld — regardless who is subject of a probe.

“It is immaterial whether it is the First Lady, or it is the lady down the street, or it is the mayor of a city — it doesn’t matter,” Conway explained. “The FBI has a long history of enforcing the law. And sometimes people who are subjects to those investigations happen to be high-level political officials.”

“The first is seemingly unavoidable conflicts of interest: How did the Clinton’s charitable work intersect with their for-profit speeches? How did their speeches intersect with Hillary Clinton’s work at the State Department? Were there quid-pro-quos involving U.S. policy? The second, connected question is about disclosure. When Clinton became secretary, she agreed that the foundation would make certain disclosures, which it’s now clear it didn’t always do. And the looming questions about Clinton’s State Department emails make it harder to answer those questions.”

Another facet to the email issue came with news of Romanian hacker Guccifer’s suspiciously-timed extradition to the U.S. Guccifer recently claimed he easily and repeatedly accessed communications on Clinton’s home server — and though he was already imprisoned in Romania, serving a seven-year sentence for hacking, the U.S. abruptly brought him to a prison outside Washington, D.C.

Clinton maintained on Sunday in an interview on CBS’ Face the Nation she had yet to be contacted by the FBI in the matter.

“No one has reached out to me yet, but last summer, I think last August, I made it clear I’m more than ready to talk to anybody, anytime,” Clinton asserted. “And I’ve encouraged … all of … my assistants … to be … very forthcoming. And I hope that this is close to being wrapped up.”

Longtime adviser to Hillary Clinton, Huma Abedin — who, apparently unlike Pagliano, appears prominently in the Clinton email files released to the public — recently answered FBI questions in the matter.

As ABC News reported, Clinton will also have to answer to FBI investigators sometime in the coming days.

It appears the dual investigations will be coming to a head soon — though whether or not the FBI’s conclusions, as well as any potential criminal charges resulting from them, will be levied before the presidential elections remains an open question. Should she be elected before charges are brought, the face of politics — and perhaps the Presidency — could be forever changed in the minds of Americans and the perception of the world.