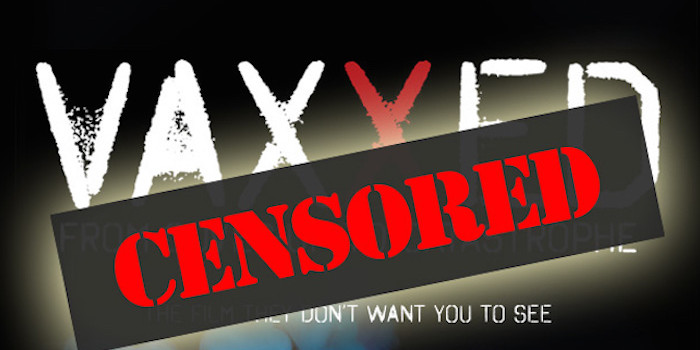 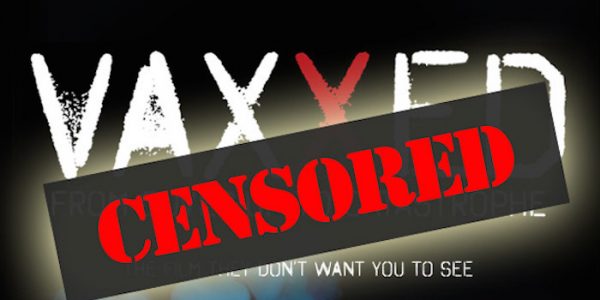 ONE: Recently, long-time blogger/columnist for the Huffington Post, Lance Simmens, wrote an article in which he made positive comments about the film, Vaxxed (trailer).

Simmens didn’t state that the MMR vaccine causes autism. He pointed out that Vaxxed is about a CDC whistleblower who admits to giving the MMR a free pass, who admits that he and his colleagues hid data that would have shown a connection between the vaccine and autism.

So Simmens wrote that Vaxxed is an important film, and the issue it raises needs to be investigated.

TWO: Huffington Post censored Simmens’ article. His account with Huff Po was blocked without explanation. He was shut out from posting more articles. Finally, someone named Stuart at Huff Po wrote him an absurd and irrelevant “explanation”:

Hi Lance, we’re going to have to pass on your latest post because it violates a long-standing policy we have against disseminating conspiracy theories and inaccurate medical information. In the case of your post specifically, it presents as credible a widely known and debunked hoax that vaccines cause autism. Please bear in mind that we reserve the right to remove any content from our site for any reason, and at any time.

FOUR: On the Board of Verizon sits a man named Dr. Karl-Ludwig Kley.

FIVE: Kley was chairman of the executive board and chief executive officer of Merck KGaA (*) until April 2016. (* see End Note below)

In 2004, the CDC whistleblower featured in Vaxxed, Dr. William Thompson, alerted the head of the CDC, Julie Gerberding, that he had troubling and sensitive data in his hands about the MMR vaccine. Of course, Thompson was referring to the vaccine-autism connection.

Gerberding never replied to Thompson, who was about to make his findings public at a major conference. However, Thompson’s presentation was canceled.

Fast forward to 2009. Gerberding leaves the CDC. Later, she becomes the president of the vaccine division at Merck. Merck manufactures the MMR vaccine.

Nice work if she could get it, and she could.

*(End Note: Here is a more complete explanation of why the CEO of Merck KGaA, who sits on the board of Verizon, which in turns owns the Huffington Post, would be disturbed by a possible MMR vaccine scandal. Merck [U.S.] is a former subsidiary of Merck KGaA [Germany]. Merck—the MMR manufacturer—is an independent company—but how much stock in Merck does Merck KGaA still hold, and what other connections still exist? In fact, there is great sensitivity in both companies about the mutual use of the “Merck” name, and protracted legal battles have been fought to eliminate that overlap. It’s reasonable to assume that neither company is happy about scandals involving “the other Merck,” because of the public perception that the companies are one company. Read this, from FiercePharma: “An illustration of how confusing the names are to the outside world came in 2014 when a group showed up outside of the German company’s headquarters to protest Big Pharma’s lobbying against new generic drug rules in South Africa, designed to get cheap drugs to more patients. But German Merck [KGaA] was not involved in that effort. It was the U.S. company [Merck] that had supported it. But it has gotten trickier to keep the two companies separate as they vie for the Merck name in social media. A couple of years ago, Facebook got the companies confused and posted Merck & Co.’s new Facebook page at the same “Merck” location that had been used for Merck KGaA’s Facebook page. Eventually it was sorted out and now German Merck can be found at Facebook.com/Merck while Merck & Co. now sits atFacebook.com/MerckBeWell.”)