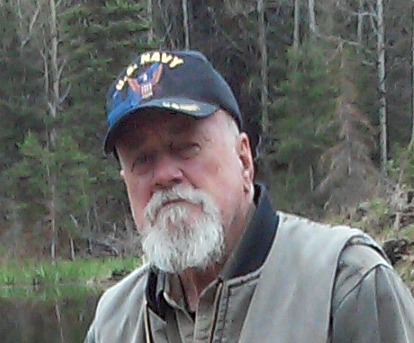 On April 7, 2016 a federal Montana jury found Mr. Joseph David Robertson, 77, guilty on two counts of unauthorized discharge of pollutants into waters of the United States and one count of injury or depredation of United States property. He now faces up to 15 years in prison and a $250,000 fine. The sentencing phase is pending. Mr. Robertson was indicted by a grand jury in May of 2015 as a result of illegal ponds he built on two parcels of land near Basin, Montana, one on Beaverhead-Deerlodge National Forest land and the other on adjacent private property. The ponds resulted in the discharge of dredged and fill material into a tributary stream and adjacent wetlands and caused widespread damage to both properties.

At trial, the government introduced evidence that in October of 2013, a United States Forest Service (USFS) Special Agent visited the National Forest property to determine whether Mr. Robertson had complied with previously issued conditions of probation for misdemeanor violations of USFS regulations. The Agent testified at trial that during the site visit, she observed multiple ponds dug into an existing stream on both USFS and adjacent private property.

Mr. Robertson lives on the White Pine Lode patented mining claim that he owns. In 2013 and 2014, he dug ponds that discharged dredged and fill materials into an adjacent tributary of Cataract Creek and into nearby wetlands. A U.S. Forest Service agent discovered the ponds when she went to the property to see whether Mr. Robertson had complied with a judge’s previous order to remove structures he had built on federal lands without permission.

Mr. Robertson dug the ponds to protect his property from fire and to water his horses, his federal public defender said in court filings. Mr. Robertson acknowledged at the time that he didn’t have a permit to do the work, but he said a Montana Fish, Wildlife and Parks official had given him permission to dig.

Robertson joined Jim White and me on Northwest Liberty News on Friday and spoke about what he has had to endure at the hands of the federal tyrants of the EPA. Click here to listen to the interview.

In May 2015, the US Attorney’s Office filed a criminal indictment against Robertson and charged that he had discharged pollutants into US waters without authorization and had been involved in malicious mischief that resulted in injury to the property of the United States. They claimed that he had caused $70,000 in damages and that the wetlands had suffered a loss of between $25,000 and $40,000 per acre due to his actions.

“This verdict sends a message that the United States will not stand by and allow streams and wetlands of the United States to be polluted, or National Forest lands to be injured,” said United States Attorney for the District of Montana Mike Cotter. “Clean and healthy waterways are a critical resource for all forms of life and are a Montana value. It is imperative that we protect this increasingly scarce resource. The collaborative efforts of multiple state and federal agencies in cases like this help ensure that individuals who seek to degrade it will be held accountable.”

“Rivers, streams and wetlands provide essential habitat for fish and wildlife which must be protected, and EPA and its law enforcement partners are committed to protecting these invaluable natural assets as well as the communities around them,” said Jeffrey Martinez, Special Agent in Charge of EPA’s criminal enforcement program in Montana. “The defendant’s illegal activity took place not only on public land but also on private property he didn’t own. Today’s guilty verdict demonstrates that polluters will be held accountable for their actions.”

However, as Robertson told Jim and me, he has a land patent on his land, which means he is not subject to the regulations imposed by either the state or federal government. He is free to do with his land as he lawfully pleases.

Robertson was convicted. However, he told us that one of the jury members was an employee of the US Forest Service. Talk about a conflict of interest!

This tyranny against Mr. Robertson is a result of the unconstitutional Clean Water Act.

Meanwhile in Wyoming, Andy Johnson faced similar Gestapo tactics from the EPA regarding ponds he built on his property. Johnson was threatened with $16 million in fines. However, he recently won his case against the EPA, which saw charges and fines dropped.

Robertson is hoping that someone will step up and fight alongside him in his battle against the EPA.