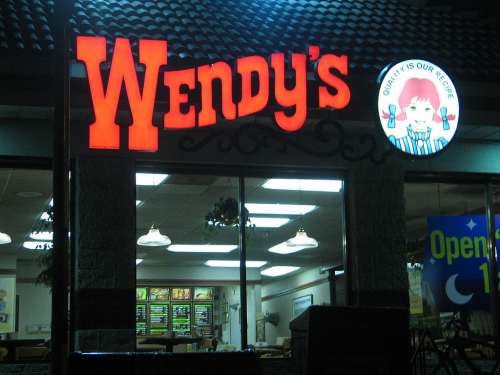 When the “Fight for $15” movement was first sweeping the country, none of its proponents had any idea what a higher minimum wage would truly entail. They live in a fantasy world where everyone should be paid a wage based on their needs rather than their skills, and where businesses and entrepreneurs can provide an endless supply of money (they’re just too greedy to do so willingly).

But now their chickens are coming home to roost. Companies that once provided cheap labor for unskilled workers are being forced to cut hours and benefits. Or in the case of Wendy’s, they’re forced to automate some of their services to make up the money they’re expected to lose from a higher minimum wage.

Last August the company’s President, Todd Penegor, revealed that they would be exploring automation in response to wage hikes. “We continue to look at initiatives and how we work to offset any impacts of future wage inflation through technology initiatives, whether that’s customer self-order kiosks, whether that’s automating more in the back of the house in the restaurant.”

Penegor followed up on that statement recently, and announced that Wendy’s will be offering self-serve ordering kiosks to all of their 6000-plus restaurants later this year. Each franchise owner will get to decide if they want the kiosks, hundreds of which exist in states and municipalities that are pushing for a $15 minimum wage.

He explained to Investors Business Daily that Wendy’s company owned stores are facing 5-6% wage inflation due to new laws and the need to provide competitive wages. With a wage hike like that, it’s no surprise that the company needs to cut labor costs wherever it can. Ironically, the fast food workers who are pushing for a higher minimum wage more than anyone else, are going to feel the pinch.