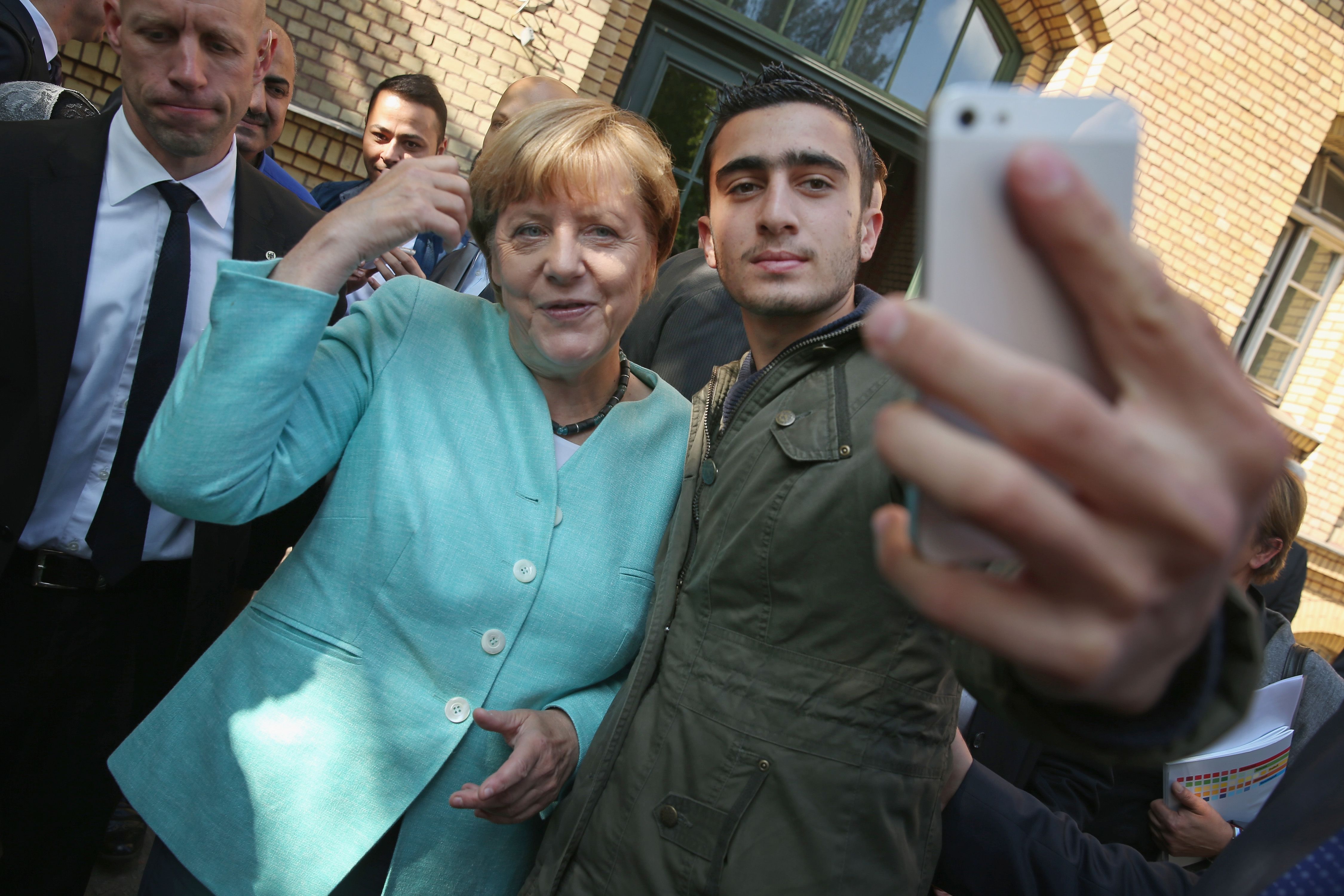 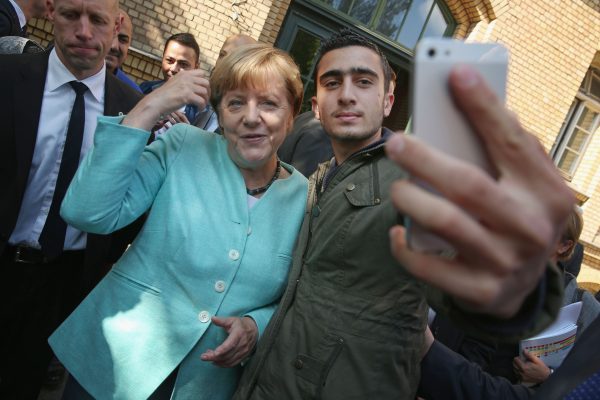 And still Der Führer stands with the invaders.

It must something in the water that German leaders drink. Angela Merkel is responsible not just for the downfall of Germany, but of the whole of Europe.

“The revelation is another blow to German Chancellor Merkel’s attempts to assuage fears over the deal struck with Turkey which will see refugees returned to the country after arriving in Europe.” If that deal is rescinded, it will mean more Muslim migrants in Europe.

In Afghanistan and elsewhere in the Islamic world, this kind of behavior is broadly tolerated. Women are so devalued, men look to other men and boys for sexual pleasure. Also, the Qur’an promises not just virgins to the blessed, but boys like “scattered pearls”:

“Those are the ones brought near in the Gardens of Pleasure, a company of the former peoples and a few of the later peoples, on thrones woven, reclining on them, facing each other. There will circulate among them young boys made eternal with vessels, pitchers and a cup from a flowing spring.” — Qur’an 56:11-18

“And they will be given to drink a cup whose mixture is of ginger, a fountain within Paradise named Salsabeel. There will circulate among them young boys made eternal. When you see them, you would think them scattered pearls. And when you look there, you will see pleasure and great dominion.” — Qur’an 76:17-20

“Children as young as eight ‘paid 35p by refugee camp worker who would then rape them’ in Turkish asylum centre hailed a huge success by Angela Merkel,” by Flora Drury, Mailonline, May 12, 2016:

A cleaner paid boys as young as eight 35p so he could rape them in the toilets of a refugee camp, hailed by Angela Merkel as a success just last month.

The man, named only as E.E., was able to take advantage of at least 30 boys between eight and 12 for more than three months unimpeded at Nizip Refugee Camp in Antep, Turkey.

His alleged crimes – for which he would pay the boys a couple of lira – were only exposed after police noticed him taking children to ‘blind spots’ around the camp, out of sight of the cameras.

E.E. is alleged to have raped the first boy in the toilet in September, offering him somewhere between 35p and £1.20 to have sex with him, Turkish newspaper BirGun reported.

He continued to target boys at the camp, which has 14,000 refugees living within its boundaries, until the start of this year.

Eight families have now decided to press charges – the rest of the boys’ parents are said to be too scared to make a fuss.

E.E. is understood to have admitted his crimes, and it being kept in custody by the authorities.

The revelation is another blow to German Chancellor Merkel’s attempts to assuage fears over the deal struck with Turkey which will see refugees returned to the country after arriving in Europe….