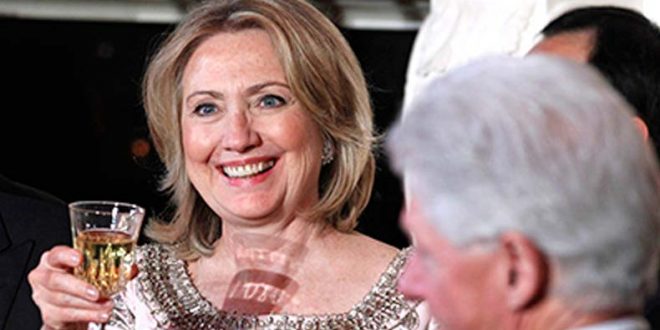 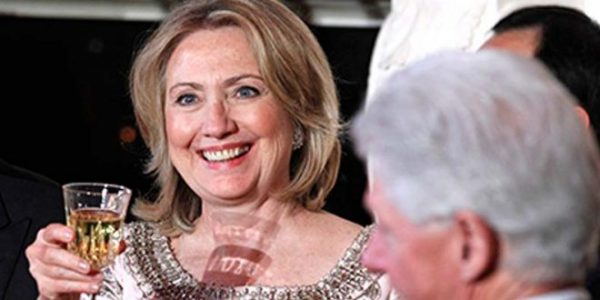 Washington, D.C. – Providing even more proof that she is simply a puppet for the ruling oligarchy, on Thursday, Hillary Clinton attended a $100,000-a-head fundraiser hosted by none other than Lynn Forester de Rothschild, a prominent New York businesswoman, and supporter of Mrs. Clinton.

The Rothschild banking dynasty is a family line that has been accused of pulling the political strings of many different governments through their control of various economic systems throughout the world. Historically, there is ample evidence to prove that the family has used its vast fortune to control the political apparatus of numerous nations throughout history, toppling regimes and bringing entire economies to their knees.

Although the Rothschild family now keeps a very low public profile, they still have significant business operations across a wide spectrum of sectors. While you may not find any one particular Rothschild on the Forbes’ most rich list, the family is estimated to control $1 trillion dollars in assets across the globe, thus having an extemely strong voice across the geopolitical/economic spectrum that many perceive as a hidden hand manipulating events silently from behind a veil of virtual secrecy and silence.

In March, The Free Thought Project examined Wikileaks searchable archive of Clinton’s emails and found intimations of a close relationship with the infamous Rothschild family.

Lynn Forester de Rothschild wrote an email on April 18, 2010, in which she tells Hillary she would “love to catch up” — and “I remain your loyal adoring pal.” Clinton responds, “let’s make that happen,” and signs her response, “Much love, H.”

This correspondence gives the greatest insight into the fact that the Rothschild family works behind the scenes to use their enormous clout to forward a geopolitical agenda using their bought and paid for politicians as a means to an end.

A January 9, 2012, email discusses a conference on the environment set to take place at Jacob Rothschild’s “historic estate, Waddesdon.”

It’s clear that while Hillary Clinton is a politician who often attempts to publicly portray herself as a candidate looking out for the interests of the common working American — a notion that has been widely challenged during this election cycle due to her adamant refusal to release the transcripts of her 12 speeches to various Wall Street institutions – for which she received almost $3 million dollars in compensation, a sum greater than most Americans will earn in their lifetimes.

On the same day as the Rothschild fundraiser, Maureen White and Steven Rattner, two prominent Democratic fundraisers, also hosted a six-figure fundraiser at their Manhattan home for Clinton, which cost donors a minimum of $100,000, which Clinton attended, according to The Wall Street Journal.

The evidence of politicians for sale to the highest bidder lends credibility to a 2014 study from Princeton University that revealed the U.S. is not a republic or a democracy, but rather an oligarchy. An oligarchy is a form of government in which power resides in the hands of a small number of elites within a society.

For ruling class politicians to disingenuously act as if they are simple representatives of the people, when they clearly act in the interest of the billion-dollar oligarchs who finance their political adventurism, reveals a political system that clearly lacks legitimacy. The hijacking of the U.S. levers of power by a handful of elite families and institutions using crony politicians such as Clinton is unmistakeable.