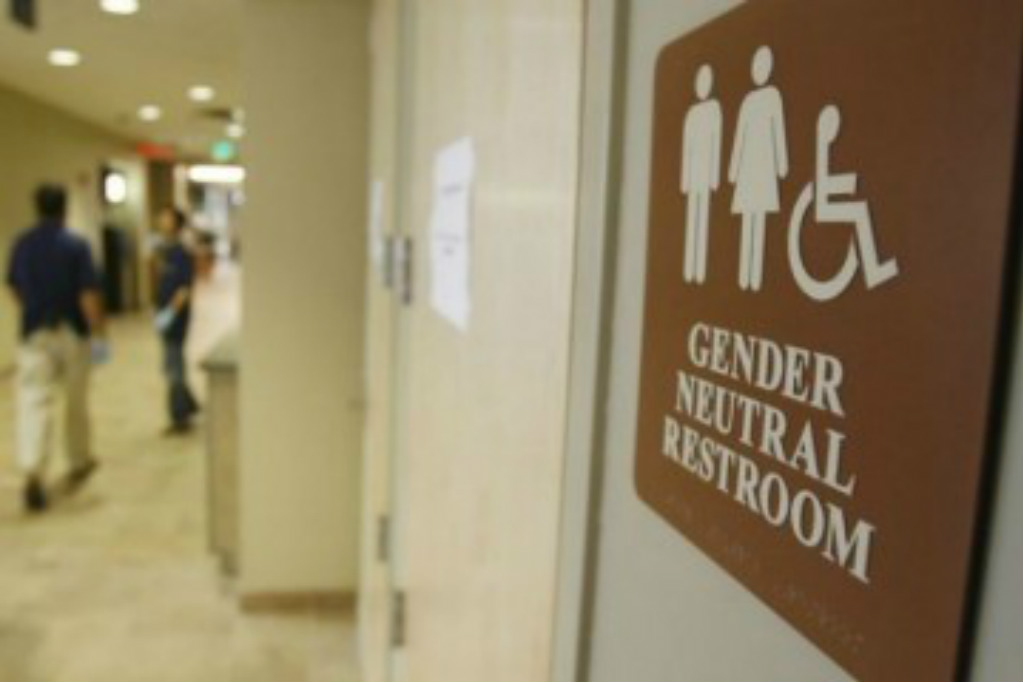 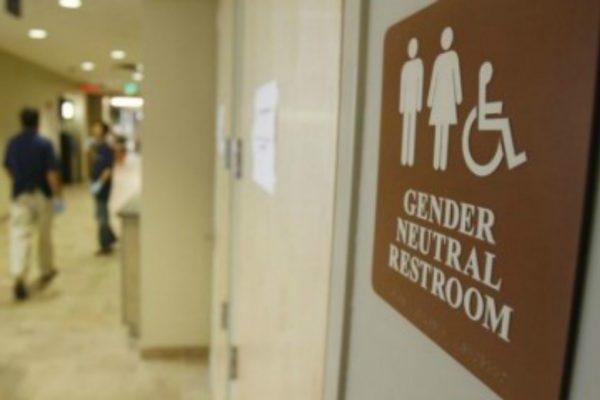 This past week, America got a glimpse into what was really meant when Barack Obama said we were five days away from fundamentally transforming the United States of America. The president demanded that school districts across the country allow boys who identify as female have access to girls’ locker rooms, bathrooms, and even college dorms. Many people have been warning that Obama has a lot of time left in office to push through some of his most, shall we say, radical ideas in his quest for social change. People would have never imagined back in 2008, however, that this man would one day issue decrees that would ultimately redefine humanity itself by pushing the issue of transgenderism into the forefront of everybody’s consciousness.

The liberal left would have you believe that allowing transgendered people to use the restroom of their choice is a civil rights issue comparable to the struggle black Americans have faced. To them, America is an oppressive society that clings to the idea of a Gender Binary System. This is the idea that gender itself is nothing more than a social construct based off a person’s biological sex and that by separating gender into two distinct classes, male and female, society is engaging in gender oppression. This means that we are forcing individuals into the expected norms and social mores of the biological sex assigned to them at birth. The left uses the term “gender identity” in an attempt to differentiate between the ways a person self-identifies and their actual gender. In fact, they claim that gender itself is defined, not by the individual’s biological anatomy, but by a complex relationship between their actual biology, how they self-identify, and the behaviors they exhibit that project that particular gender identification, as well as the expected social roles of that gender.

Biological Gender (sex) includes physical attributes such as external genitalia, sex chromosomes, gonads, sex hormones, and internal reproductive structures. At birth, it is used to assign sex, that is, to identify individuals as male or female. Gender on the other hand is far more complicated. It is the complex interrelationship between an individual’s sex (gender biology), one’s internal sense of self as male, female, both or neither (gender identity) as well as one’s outward presentations and behaviors (gender expression) related to that perception, including their gender role. Together, the intersection of these three dimensions produces one’s authentic sense of gender, both in how people experience their own gender as well as how others perceive it.

These ideas are Marxist in origin, as Karl Marx viewed the nuclear family as a vehicle of class oppression. In a civilized society the most basic institution of self governance is the family structure. Marxists on the other hand, view this structure as one that exploits the labor of women and reduces her to nothing more than a servant of men. They claim that because women are viewed as being the nurturer and caretaker of the home they are being oppressed. This was the idea behind Betty Friedan’s The Feminine Mystique as well. While Friedan started the feminist movement masquerading as a typical suburban housewife, the truth is radically different. She was actually a radical left wing activist who pushed communist propaganda for nearly twenty five years before publishing her book. This means that she already held a biased, Marxist view on the traditional family and that she wrote her book with the intent of pushing change that would break the traditional view Americans held towards the family as an institution. The following is the first paragraph from The Feminine Mystique.

The problem lay buried, unspoken for many years in the minds of American women. It was a strange stirring, a sense of dissatisfaction, a yearning that women suffered in the middle of the twentieth century in the United States. Each suburban wife struggled with it alone. As she made the beds, shopped for the groceries, matched slip cover material, ate peanut butter sandwiches with her children, chauffeured cub scouts and brownies, lay beside her husband at night- she was afraid to ask of herself the silent question—“Is this all?”

In her article entitled “On the Social Construction of Sex” Freya Brown, a Marxist, writes that the idea of gender is a set of baseless myths designed to “reinforce and ideologically” justify the oppression of women. Again, this comes from the Marxist idea that the family is an oppressive institution that exploits the labor of women while keeping them in the societal role of mother and caretaker. Consider the following from this source:

Some Marxists view the household as an institution that functions to support capitalism and it permits or even encourages exploitation. That is, by creating and recreating sexual inequalities, and keeping women in the home with responsibility for family subsistence, emotional support and reproduction, the family helps capitalism continue to exploit labour and helps maintains stability within a system of class oppression and inequality. There are various ways in which the family and sex roles do this.

First are the strictly economic features. So long as women have primary responsibility for reproduction (physical and socialization) and household and family maintenance, women constitute a cheap form of labour, a reserve army of labour. T hey have been a latent reserve over the last forty years, some are a short term reserve over the economic cycle, and women are a labour reserve in a generational sense. That is, the expectation that women will not be as committed to many jobs as men, with time taken off for childbearing, child care, care of elderly parents, etc., allows employers to pay women less than men. The lower status of women within society also allows women to be paid less, since some wages and salaries are structured on status considerations.

Brown also goes on to say that it is the patriarchal ideology, or the idea that men are the head of the family structure, that needs to be dismantled in order to create true equality. She argues that a Marxist theory should govern society when it comes to gender identity.

At the end of the day, the sex/gender dichotomy is part of patriarchal ideology, and it is an idea that we need to break with in favor of a theory which is revolutionary and Marxist in character. The purpose of the present article is to provide an initial counter to the idea that sex assignment is “just biology.” A properly Marxist theory of sex will be more thoroughly explored in part two. Freya Brown-“On the Social Construction of Sex”

The whole purpose behind the transgender issue is not to push for civil rights, but to destroy the basic ideas behind the traditional gender structure and the institution of family. In its place would be a system based on Marxist theory where everybody is completely equal without the societal assigned pressures of having to behave according to our natural biology. Without a legal definition of sex, or male and female, there can be no family where there are traditional mothers and fathers recognized by law; therefore, the family would have been effectively neutralized. Riki Wilchins, in his or her article entitled “We’ll win the Bathroom Battle when the Binary Burns,” writes that the real struggle that gay and lesbian activists face is the hetero-binary system that queer people must inhabit. This is quite a telling admission, seeing as it was a convicted child rapist who wrote North Carolina’s transgender bathroom law. In another article entitled “Dismantling the Gender Binary System,” written by someone calling themselves Rae, it is admitted that educating people into the idea that gender is a social construct is the only way to break people from the rigid ideas of biological gender being what identifies us as individuals. This would explain why they are pushing the issue into our public school system. By conditioning students at an early age to accept transgender individuals into their personal space, the transition into a genderless society in their later years will be easy.

This is essentially a battle between the traditional Judeo-Christian view on the role of men and women and the Marxist view. The former views men and women as being complete equals with different roles to play in society while the latter argues that believing a woman should embrace her responsibility as a mother is a form of oppression. The left believes that, by destroying the idea of biological gender, they will essentially be creating a world of total equality where the stigma of behaving according to society’s definition of gender is gone. If this goal is realized, and the truth of biological sex is redefined by law under the guise of transgenderism and gender identity theory, the structure of our society would also be redefined because it is the family itself that has served as the basic institution of liberty. There would be no legal definition of men and women in the traditional sense, and the idea that fathers and mothers have separate but equal roles to play concerning the raising of children would thus be irrelevant and have no real meaning. If our country is to survive at all, this is an issue that must be fought on all levels.