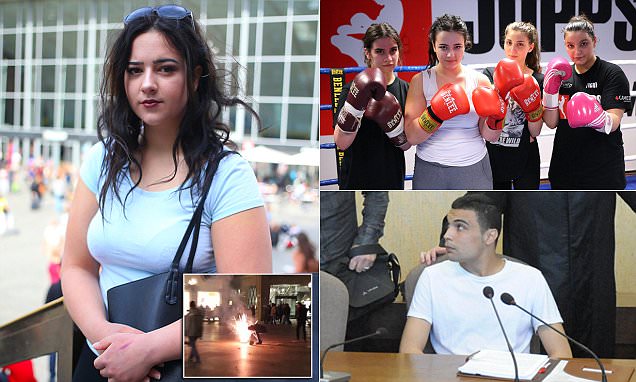 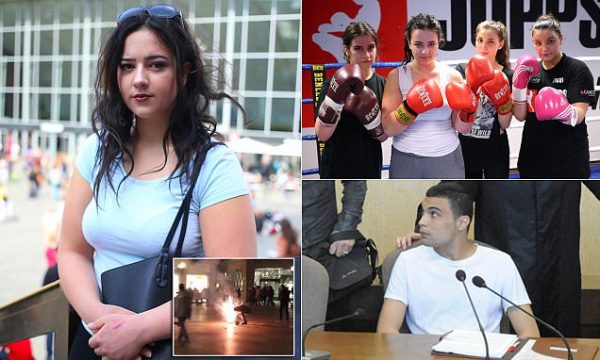 17-year-old Dilaria Zajarskaite was one of the thousands of German women sexually assaulted in Cologne on New Years Eve. She was not molested once, but five times that night, and the Muslims even tried to kidnap her. She and her friend went to the police and begged them for help, but they would not help in the least.

After that night, instead of resigning herself to fear of the Muslims, she decided to take boxing classes so that, if this happened again, she would be ready. And she was.

Two weeks ago, she was waiting at the Cologne train station – not too far from where the New Year’s Eve attacks took place – when a Muslim approached her and tried to molest her. She punched him in the ribs and then he swung back at her, but she ducked, grabbed his head, and smashed his face into her knee. That was the end of the attack:

Bravely waiving her right to anonymity, Dilara told MailOnline: ‘We were attacked separate five times and no one stopped to help us. These Arab men touched me and hurt me. They tried to kidnap my best friend. It was terrifying.

‘I told a policeman what had happened to us that night but he said it was not worth making a complaint because I could not name any of the attackers.

‘It is a scandal the police have not captured any of the men who did this.’

Dilara and her best friend, who has asked not be named, were left traumatised by the multiple sexual assaults the pair suffered and were left too terrified to go out on their own.

But now she has literally hit back, fighting off a sexual assault at Cologne central station two weeks ago, using boxing skills she learned at women self defence classes, set up in response to the New Year attacks.

She told MailOnline: ‘I was by the cathedral in the evening a few weeks ago and this [Arabic-speaking] guy grabbed me and put his arm around me and tried to pull me towards him.

‘But I remembered what I had learnt at the self defence course and I punched him hard in the ribs.

‘He tried to hit me back so I put my hand behind his neck and slammed his face into my knee.

‘It felt so good to fight back. Now I can protect myself.

Yes, it feels good to fight back!

This teenager is braver than all of the German policemen, politicians, and so-called government ministers who stand, quaking in their boots, before these Muslim invaders, selling out their nation and their people for a promise of a little bit of power today.

There are a lot of examples in Germany of what not to do when it comes to dealing with Islam. This is, thankfully, and example of what to do.