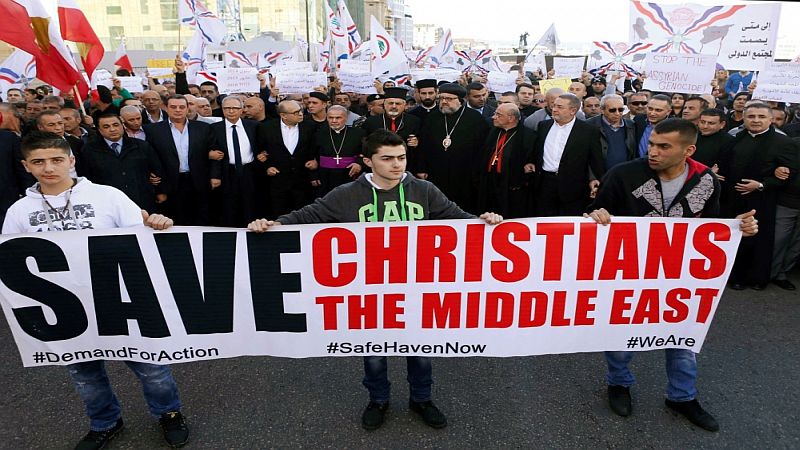 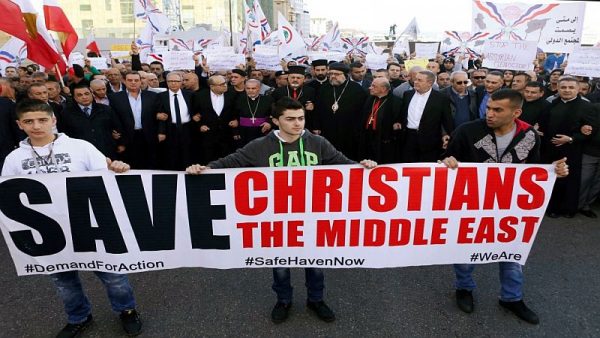 The Obama administration is prosecuting an Assyrian Christian American lawyer for helping Christians escape Muslim persecution in Iraq and Syria.

The federal government provides asylum to immigrants who can demonstrate that they were targeted — or have a legitimate fear of being targeted — in their homeland for religious, racial, political or ethnic reasons. Prosecutors claim DeKelaita, who employed a translator who also was charged, “coached” clients and encouraged them to lie to the asylum officers who decided their fate.

Anyone with half a brain and half a heart knows that Christians in Muslim lands are living under the boot of Islamic tyranny, especially in Iraq and Syria, where pure Islam is enforced. The Obama administration knows this, but they support the Muslims against religious minorities. 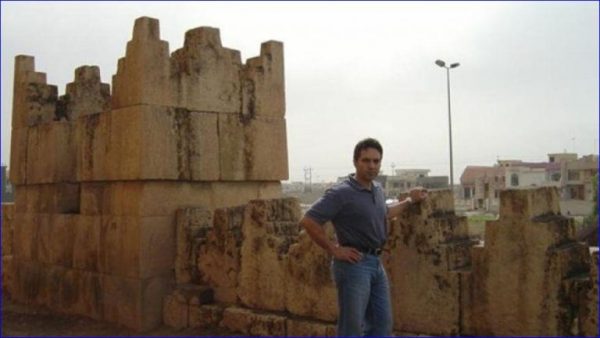 DeKelaita, shown here in his homeland of Iraq, claims he ran afoul of the Department of Justice when he complained about the treatment of Christian asylum seekers.

In the Iraqi-American Christian community, he is revered as an activist who delivered thousands from persecution at the hands of Muslim extremists, but in the U.S. halls of justice, Robert DeKelaita is regarded as a criminal who helped clients lie to get asylum.

The 53-year-old, Iraq-born DeKelaita, who was convicted earlier this month of helping clients falsify asylum applications, faces up to 35 years in prison when he is sentenced in August. DeKelaita’s supporters insist he was targeted for speaking out about what they consider the federal government’s blind eye to Christian persecution in the Middle East.

“We are infuriated that one of our leaders was targeted for helping people escape the horrors of Iraq and Syria,” said Ramon Michael, a board member of the nonprofit Assyria Foundation. “The Assyrian community worldwide has been watching this case. What do you think our opinion of the U.S. government will be if they insist on ruining a man who has earned the utmost respect and gratitude of his people worldwide?”

DeKelaita told FoxNews.com he has helped approximately 4,000 Muslims and Christians emigrate to the U.S. in a near-20-year career, but that he focused his Chicago-based practice on Assyrians, the name for Christians in Iraq and Syria, a decade ago, amid their growing persecution by Muslim extremists.

“The decline of the Christian community is something that didn’t only start in 2003,” DeKelaita, who was born in Kirkuk and came to the U.S. as an 11-year-old, told FoxNews.com. “This annoyed a lot of judges, a lot of people. But I refused to ever give up on cases because I understood what was going on in Iraq, unlike a lot of officials who only went by policy.”

DeKelaita claims the government got a handful of his former clients to testify that he helped them make up stories about persecution and falsified documents that helped them win asylum in the U.S. The federal jury who heard testimony in the three-week trial convicted DeKelaita on one count of conspiracy to commit asylum fraud, two counts of knowingly offering false statements in an asylum application and one count of procuring perjury during asylum documents.

“Evidence at trial revealed that from approximately 2000 to 2011, DeKelaita prepared and submitted asylum applications that contained material lies, including tales of rape, murder, torture, kidnappings, bombings and other forms of religious oppression in the Middle East,” U.S. Attorney for the Northern District of Illinois Zachary Fardon said in a statement. “As a result, several of DeKelaita’s clients were granted asylum and eventually permanent residency and citizenship status.

The federal government provides asylum to immigrants who can demonstrate that they were targeted — or have a legitimate fear of being targeted — in their homeland for religious, racial, political or ethnic reasons. Prosecutors claim DeKelaita, who employed a translator who also was charged, “coached” clients and encouraged them to lie to the asylum officers who decided their fate.

The case was based on the testimony of nine Iraqi Christians DeKelaita helped from 2000 to 2011. He claims they were pressured into testifying against him out of fear they would be deported. DeKelaita traces the case against him to complaints he lodged in Detroit, where he criticized immigration officials for favoring Muslim applicants at the expense of Christians.

“It should make anyone pause as to why all of the [government witnesses] were Iraqi Christians,” he said. “And why all of them are from Detroit.

“It should make any attorney very afraid that the government can go back to a client from 15 years ago and coerce them,” he said.

Although DeKelaita’s crimes date back more than a decade, the investigation began in 2008 and intensified even as persecution against Iraqi Christians increased dramatically under the rising Islamic State. His office in the Windy City suburb of Morton Grove was raided in September 2014, as ISIS was carving out a massive caliphate in northern Iraq and Syria. Less than two years later, the U.S. State Department would acknowledge that Christians and other religious minorities in Iraq faced genocide in their homeland.

An estimated 1.5 million Christians lived in Iraq in 2003, but the number is estimated to have dwindled below 200,000 today.

“For many, Robert was the light at the end of a dark tunnel,” said Ramsin Benjamin, executive director of the Assyrian American Chamber of Commerce. “He fought valiantly and advocated for the Assyrian community both in and outside of the courtroom.

“To pick on a group like Assyrian Christians that have not committed any acts of terror — but for the most part are rather law-abiding, peaceful contributors to American society — is absurd.”

Wendy Patrick, a California-based attorney and ethics lecturer at San Diego State University, said accusations of exaggeration or lying on asylum applications are a serious matter when it comes to both national security and assessing applications of those seeking genuine refuge. Those who commit fraud can have a chilling effect on legitimate seekers, she said.

“Within the current climate of elevated terrorist threat levels and public safety concerns, one possible result of the conviction might be an increased skepticism of individuals who are genuinely seeking asylum,” she said.

DeKelaita is scheduled to be sentenced Aug. 3, and faces a theoretical maximum of 35 years in prison. Supporters of DeKelaita, who attended University of Illinois, University of Chicago and Loyola University School of Law, have set up a website to support him and raise funds for his legal defense. He is considering an appeal, and insists he would do nothing differently if he could start over.

“I did the best I could for these people,” he said. “I knew what they experienced was bad and I take pride in being able to help anyone — any religion — who is being persecuted.”