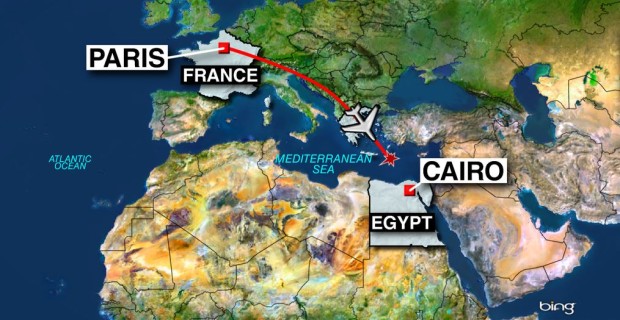 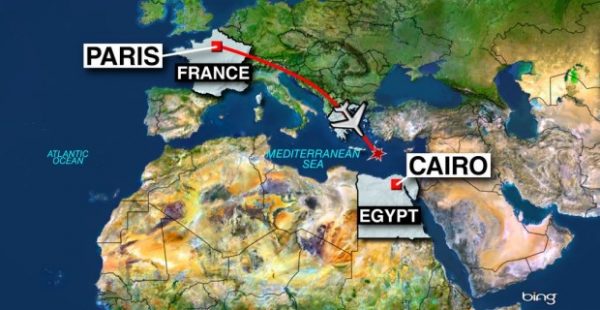 A terrorist attack is the most likely explanation for the disappearance of an EgyptAir flight between Paris and Cairo experts say, with French border police already investigating whether an Islamist working at Charles de Gaulles airport could have helped facilitate the attack.

The plane went down during the night with 66 passengers on board. The captain of a mercantile ship claims he saw flames in the sky 150 miles south of the Greek Island of Karpathos near where the wreckage was found.

“The French newspaper Le Figaro quotes a French border police source as saying that investigators will be focusing their attention on ground crew at Charles de Gaulles airport, to establish whether any airport employees posed a security risk,” reports BBC News. “The source said that, in the past, a number of Salafists – ultraconservative Muslims – had been detected among those with access to the areas used for the loading and unloading of aircraft.”

Shortly after the Paris massacre last year, it was revealed that “57 employees (at Charles de Gaulles) with access to airliners were on a terror watch list.”

Najim Laachraoui, one of the Brussels bombers, also worked at the Brussels airport in Zaventem for five years before the attack.

When Greece’s Civil Aviation Authority tried to contact the pilot at 03:27 local time, the aircraft did not respond.

“What this does suggest is that it is more of an incident in the cockpit itself of that aircraft. It does suggest it wasn’t necessarily blown out of the sky by a missile potentially… it wasn’t necessarily a device on board. It would suggest that the pilot has been involved in some way in an incident in the cockpit,” said aviation analyst Paul Charles.

“The latest information from the Greek Defence Ministry, reporting a dramatic change of direction followed by a plunging descent, would tend to steer suspicions away from an explosion on board. Instead, if confirmed, it could imply some sort of disturbance inside the cockpit involving passengers or crew or both,” added security correspondent Frank Gardner.

“A major technical fault — the explosion of a motor, for instance — seems improbable,” said aeronautics expert Gerard Feldzer, noting that the A320 in question was relatively new and that Airbus in general has an excellent safety record.

Presidential candidate Donald Trump weighed in this morning, tweeting, “Looks like yet another terrorist attack. Airplane departed from Paris. When will we get tough, smart and vigilant? Great hate and sickness!”

Looks like yet another terrorist attack. Airplane departed from Paris. When will we get tough, smart and vigilant? Great hate and sickness!

The head of France’s internal intelligence agency also warned that the country was about to be targeted by ISIS a week before the crash.

Although the exact circumstances of the crash will remain unclear until the wreckage is analyzed, one thing seems a fairly safe bet – if the incident does turn out to be a terrorist attack it’s unlikely Christians, Buddhists, Hindus or Sikhs were responsible.

If #EgyptAir turns out to be terrorism, I boldly predict Buddhists, Hindus, Christians or Sikhs won't be responsible.