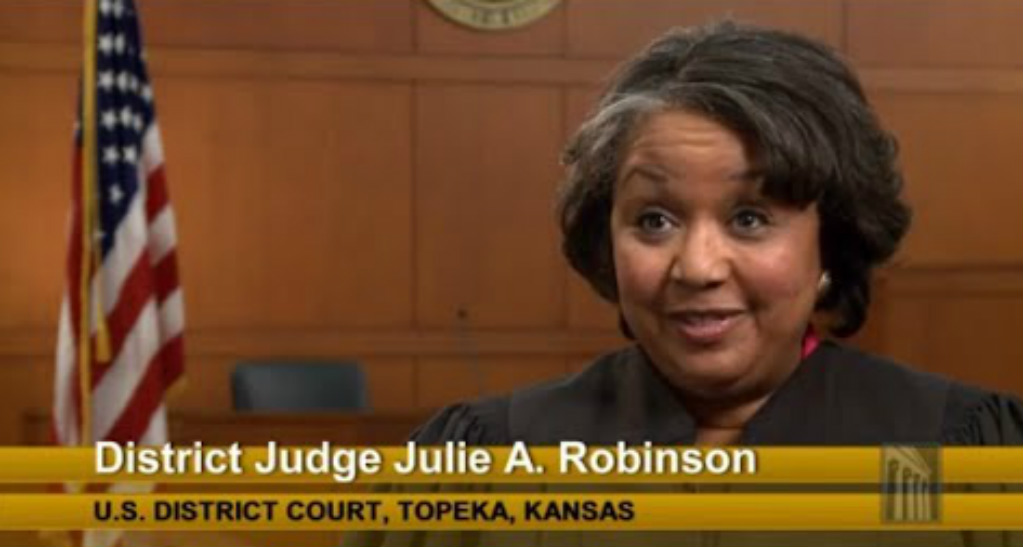 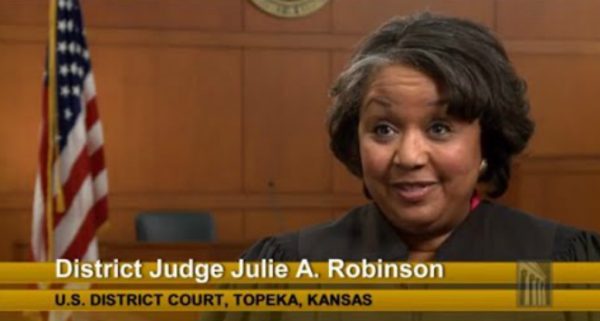 According to US District Judge Julie Robinson (above), Kansas’ proof-of-citizenship voting requirement violates a provision of the National Voter Registration Act requiring only “minimal information” to vote.

“…even if instances of noncitizens voting cause indirect voter disenfranchisement by diluting the votes of citizens, such instances pale in comparison to the number of qualified citizens who have been disenfranchised by this law.”

The state of Kansas immediately announced it would be appealing the judge’s decision, which basically amounts to allowing pretty much anyone to vote, including people who are not actually US citizens.

So, in effect, you now have to show more information about yourself to buy a can of beer (or a pack of cigarettes or to open a bank account or to get a loan or to by a rated M for mature video game or to rent a hotel room or to drive a car or to ride on an airplane or fill in the blank with dozens of other examples) in this country… than you do to be allowed to vote here.

While the left cries that such voter ID laws are horrible because they are tantamount to “voter disenfranchisement,” it really does beg the question: how can you be disenfranchised if you are not a US citizen in the first place?

Because like it or not, US citizens are absolutely used to showing ID all the time for pretty much everything in this country and it is doubtful the majority of legal US citizens would even blink about being asked to show an ID if asked to in order to legally vote here. So who does that leave?