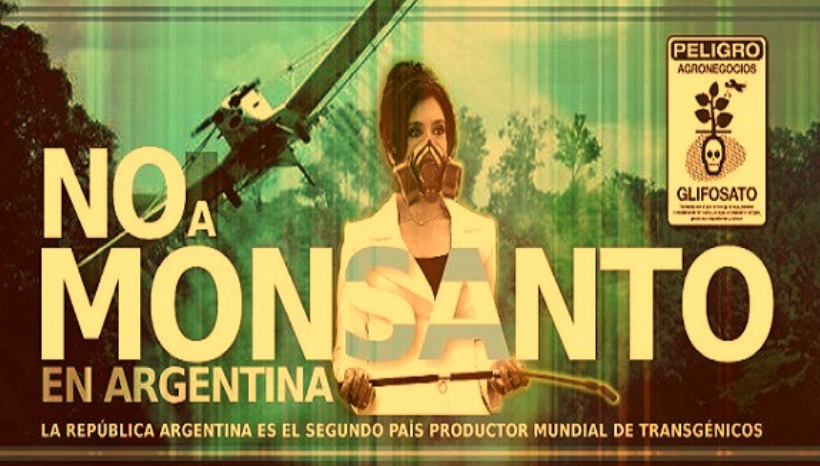 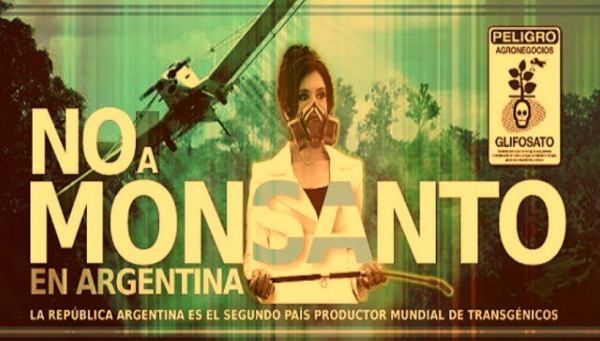 In yet one more example of how Monsanto will stop at nothing to achieve total domination of the food supply, the major agricultural corporation is now attempting to use its toxic product as leverage against the Argentinian government.

After a dispute between Monsanto and Argentina regarding the inspection of genetically modified soybeans, Monsanto has now announced that it intends to suspend future soybean technologies in Argentina. Monsanto’s move will leave many Argentine farmers who used the company’s biotech products without the new Xtend technology scheduled to be deployed in Argentina allegedly aimed at increasing soy yields as well as controlling glyphosate-resistant, broad-leaf weeds, another problem created by Monsanto itself. The dispute centered around the fact that Monsanto was demanding that private exporting companies act as inspectors to ensure that agricultural products trademarked to the company (although even this is disputed by farmers) were not being sold. The Argentine government ruled that only the government had the authority to act as a food inspector.

Monsanto said it was “disappointed” in the manner in which the direction the dispute has taken and that “the company plans to take measures to protect its current assets and will suspend launching any future soybean technologies in the country.”

Soybeans are Argentina’s main cash crop and the country is the number one exporter of soy mill livestock feed. Unfortunately Argentina farmers now rely heavily on Monsanto to produce those soybeans. Thus, the move by the corporation has sent many Argentinian farmers into panic mode.

Ultimately, Monsanto is one corporation who would be doing the world a favor by taking its ball and going home. Decades of environmental destruction, chronic health conditions and death – all direct results of Monsanto and its products – have left the company in a situation where it is hard-pressed to show one positive thing it has ever done for mankind. Indeed, it seems almost impossible for Monsanto to show one product that was at least not harmful.

Clearly, if the Argentine government does not back down from the multi-national bully, and does not take immediate and radical action, Monsanto will continue to hold its technology over the head of both the government and the people. Yet buckling to Monsanto and accepting the company’s required tribute as well as the preponderance of GMO food in Argentina should not be an option.

Regardless of the consequences of resisting Monsanto in the short term, they will far outweigh the consequences of knuckling under in the long term. As the world’s third largest exporter of raw soybeans, Argentina must respond by informing Monsanto that the corporation is in no position to bargain. The Argentine government must immediately prepare a program to rescue small farmers and deal accordingly with larger ones. Argentina must then begin to move forward on the transition from a GM-dependent form of agriculture to traditional production complete with a ban on open-air GMO cultivation for non-scientific purposes.

The Argentinian government must begin to use all of its resources to initiate a transitioning process from Monsanto’s GM soybeans to traditional methods of production. If Monsanto resists it should be reminded that it is the prerogative of national governments to seize foreign entities when national security is at stake. Certainly, the Argentinian food supply and its number one agricultural food export would fall under this category. It is time for Argentina to reassert its national sovereignty and provide its people and the rest of the world with what they both truly desire: clean food that is not beholden to vulturistic corporations.

Brandon Turbeville – article archive here – is an author out of Florence, South Carolina. He is the author of six books, Codex Alimentarius — The End of Health Freedom, 7 Real Conspiracies, Five Sense Solutions andDispatches From a Dissident, volume 1 and volume 2, The Road to Damascus: The Anglo-American Assault on Syria, and The Difference it Makes: 36 Reasons Why Hillary Clinton Should Never Be President. Turbeville has published over 600 articles dealing on a wide variety of subjects including health, economics, government corruption, and civil liberties. Brandon Turbeville’s podcast Truth on The Tracks can be found every Monday night 9 pm EST at UCYTV. He is available for radio and TV interviews. Please contact activistpost (at) gmail.com.