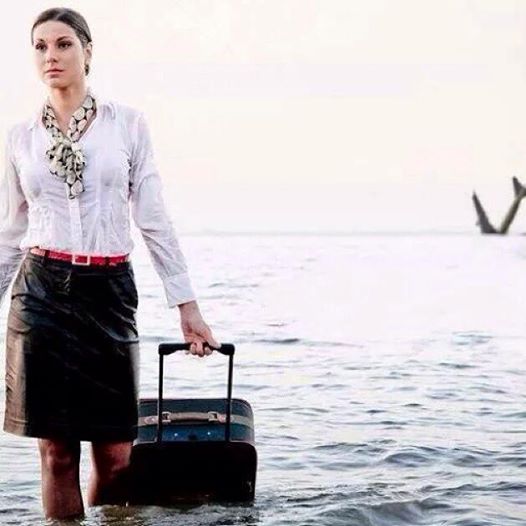 What flight attendant posts a picture of a plane crashing after getting a job with the airline?

“EgyptAir flight attendant posted picture on Facebook of plane crashing a year before she died in flight MS804,” By Robert Spencer, May 22, 2016:

What a coincidence. Might Samar Ezz Eldin have been part of a jihad cell that worked to take down the plane? The possibility cannot be dismissed out of hand.

A flight attendant on the tragic EgyptAir flight MS804 had posted a picture of a plane crashing, months after she got a job with the airline.

Samar Ezz Eldin, 27, uploaded the haunting image onto Facebook back in September 2014.

It shows a female flight attendant in wet clothes pulling a suitcase out of the water as a plane plunges into the sea behind her.

Eldin, who studied modern languages in Cairo, was among the first victims to be named of the Airbus A320.

The flight was en route from Paris to Cairo with 66 passengers and crew when it vanished on Thursday….