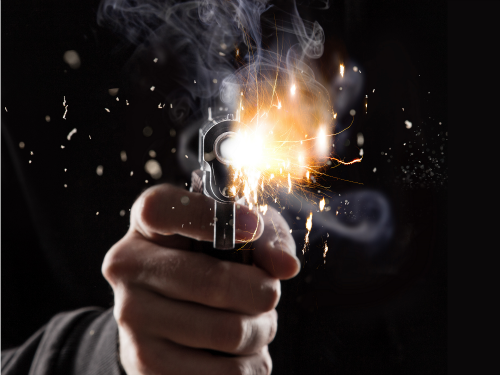 After being flooded with well over a million third world immigrants over the past two years, followed by countless high-profile crimes committed by these migrants, the German people are more interested in self-defense then they ever have been in recent history. Though the police and the media are in near constant denial over how much peril Germany is in, the people are taking action, and buying whatever they can to defend themselves.

But those numbers have been dwarfed in 2016. In February 7,435 licenses were given to Bavarians, and in March 4,677 were given out. These numbers were revealed when the pro-migrant Green Party asked for them in Parliament.

According to Katharina Schulze, interior affairs spokesperson for The Green Party, “The explosive rise in the number of small weapons licences being handed out is very worrying,” She told Die Welt before adding “We don’t need the people of Bavaria to arm themselves. Possessing arms and practising vigilante justice are not an example we want to set…The danger is that more and more conflicts will escalate if more people arm themselves. We need to act against this.”

Of course, “vigilante justice” doesn’t come out of nowhere. It typically happens when the authorities fail to protect their own citizens. And in any case, citizens buying blank guns as a last-ditch effort to protect themselves is hardly proof of any kind of widespread vigilante mob behaviour. It’s only proof that the German people have been disarmed and cowed into submission by their globalist government.