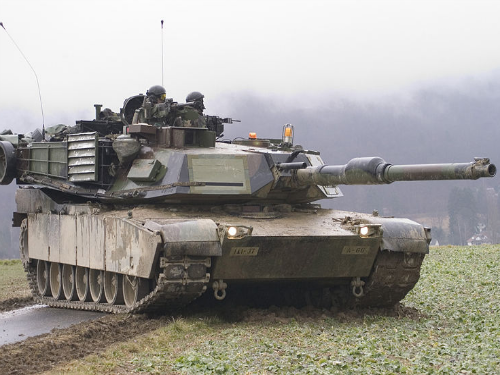 Recently the US military co-hosted the Strong Europe Tank Challenge, the first of its kind since the end of the cold war. It was no doubt an attempt to showcase the overwhelming superiority of Western militaries, and to present NATO’s united front to Russia. Unfortunately, the only thing the US military managed to showcase was its own incompetence.

Tank platoons from Denmark, Slovenia, Germany, Italy, Poland, and the United States were pitted against each other in a variety of wargames at the Grafenwoehr Training Area in Germany. During the three day event, the games tested these tank crews with both offensive and defensive maneuvers, obstacle courses, simulated chemical weapon attacks, medical emergencies, IED’s, and the identification of friendly and unfriendly targets.

Unfortunately the US tank crews didn’t win. In fact, despite being the only nation to provide two tank platoons instead of one, the US didn’t even place. Germany wound up coming in first place, followed by Denmark and Poland.

As Popular Mechanics noted, this wasn’t the first time that the Armor Branch of the US Army has been embarrassed. During a recent competition in the US, a North Carolina National Guard tank platoon with a crew that contained an insurance adjuster, a truck driver, a college student, and an aspiring cop, managed to beat all contenders including active duty tank platoons with the US Army, Marine Corps, and the Canadian Army.

Most observers and commenters of these events seem to agree on one thing. That the US Army placed so poorly because it has lost its edge. After more than a decade of fighting terrorists and insurgents, the US military is pretty rusty when it comes to conventional warfare. Again, according to Popular Mechanics:

For decades, the U.S. Army’s Armor Corps was a pillar of land power expected to fight the tank forces of Soviet Union on the European battlefield. After 9/11, with the exception of the invasion of Iraq, fighting so-called “high intensity conflict” took a back seat to fighting insurgents in Iraq and Afghanistan. While most of the countries involved in the Strong Tank Challenge also sent ground forces to both countries, their commitments largely allowed their tankers to stay oriented on training and operation related to more traditional tank missions—i.e. fighting in big wars against other tanks.

The results in both competitions echo recent comments madeby Army Chief of Staff Mark Milley and published in last Sunday’s New York Times. Milley stated, “Today, a major in the Army knows nothing but fighting terrorists and guerrillas, because he came into the Army after 9/11. But as we get into the higher-end threats, our skills have atrophied over 15 years.”

Perhaps this will be a wake up call to the member states of NATO. The US military isn’t all that capable of defending them from Russia anymore. Our government talks a big talk and continues to be belligerent towards Russia, but can’t back it up on the battlefield.

The US has become the international equivalent of an insecure bully. You know, the kind of guy who insults people and says he knows karate when they get offended. That’s our government. We threaten and issue demands to every nation that doesn’t bow to us. We swagger around this planet as if we have the baddest and most lethal military on the planet; one that can back up our threats. But clearly we don’t have that military anymore. All we do is start fights that we can’t finish, and the nations of Europe better realize that before we drag them into a war with Russia.