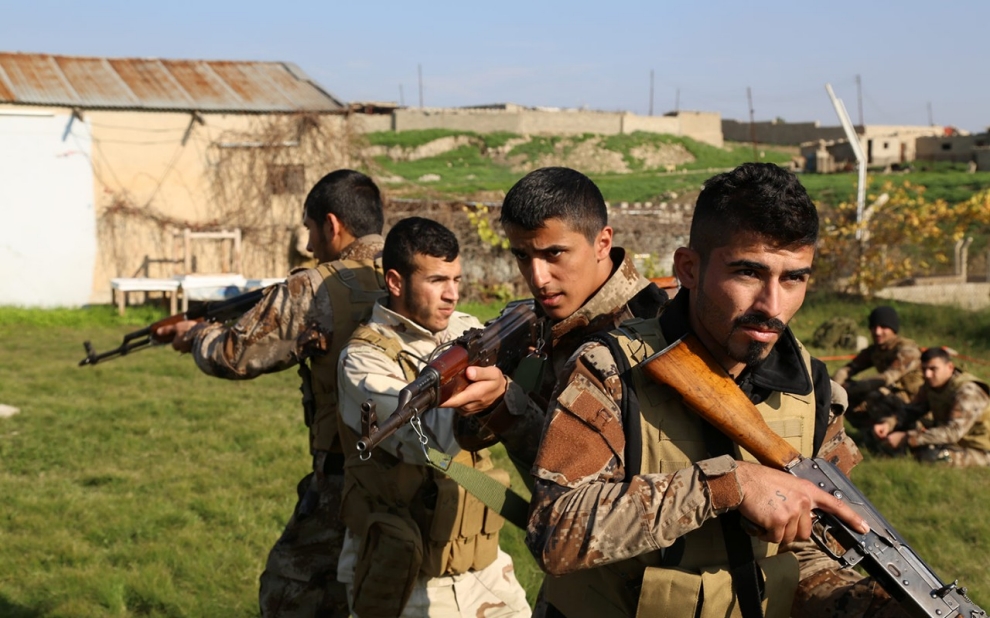 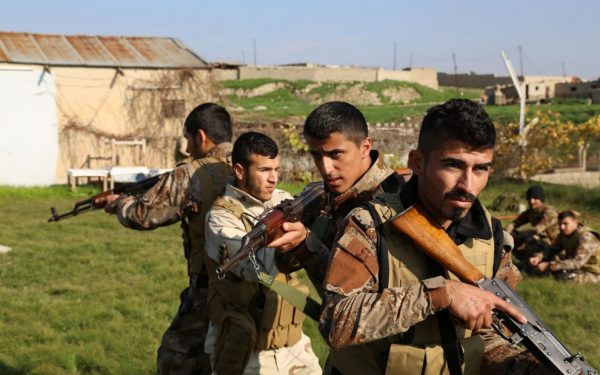 Two thousand Christians in Iraq have formed their own army and are now fighting against ISIS. As we read in one report:

A spokesman and soldier with an Assyrian Christian defense force in Iraq has a message for the people and church of America in an interview with the Clarion Project: We need your help if Christianity is to be saved in the Middle East.

Clarion Project spoke with Athra Kado, a media spokesman and soldier for the Nineveh Plain Protection Units (NPU) in Iraq, who described the group’s efforts to save Assyrian Christians, Yazidis and others from genocide.

Earlier this month, the NPU battled the Islamic State (ISIS/ISIL) in Telskuf alongside Kurdish forces backed by U.S. airpower. One U.S. Navy Seal was killed, who the NPU mourned and thanked as a “martyr.” The NPU posted pictures and videos from the fighting on its Facebook page, including footage of three of its wounded soldiers.

Below is the interview between the Clarion Project’s National Security Analyst Ryan Mauro and the NPU’s Ahtra Kado:

Ryan Mauro: Can you tell us when the Nineveh Plain Protection Units started, how strong the group is and what its current activity is?

Athra Kado: Recruits began being registered in August 2014 but we didn’t receive the official permission of the Iraqi government. Then in November, the official announcement of the NPU’s establishment was released and more than 2,000 Assyrian Christians from the Nineveh Plain registered.

The first basic military training course happened in February 2015 for more than 500 men. All of the funding came from donations from our people in the diaspora and some great individual foreigners.

After that, the NPU commanders asked for support from the Iraqi government for the trained 500 men and permission for a military camp for us. It took over eight months for us to get permission for it. The camp has been built by volunteers and with donations.

The NPU is an official force, registered with the central Iraqi government. We are not a militia. We want to work with all official forces, but we are not getting the same treatment from them in return.

We now get salaries, and our activity is focused on guarding Alqosh and Telskuf. Our forces in Telskuf recently defended it against an attack by ISIS.

Mauro: What is the relationship between the NPU and the Kurdistan Regional Government and the Iraqi government in Baghdad like?

Kado: We are officially registered with the Iraqi government and we cooperate with the Kurdish Peshmerga and other forces in the Nineveh Plain.

Mauro: Do you have any relationship with the U.S. government?

Kado: We don’t have any official relationship with the U.S. government yet, but we have had American individuals help us with training before.

Mauro: What is your message to the people of America and the West as a whole?

If the church of America wants to save Christianity in the Middle East, they have to help us, because Assyrians were the first nation to become Christians. The early origins of Christianity are here. We can save our people and help the people who are on the right side in the area, but we need your help.

Christians, tired of being abandoned and betrayed by governments, are fighting ISIS as brave warriors in the Nineveh Plains Protection Unit. This new militia is called the Nineveh Plain Protection Unit, and we have done an exclusive interview with one of the founders of the militia, David William Lazar. The video can be watched here: