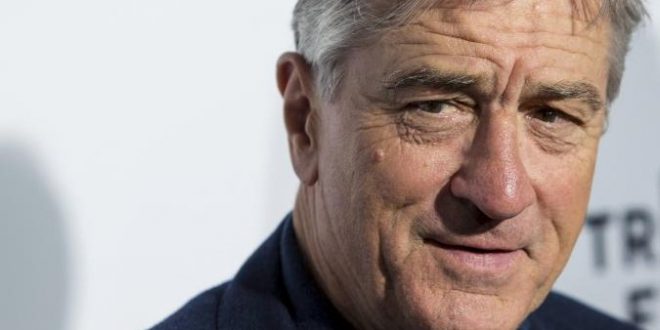 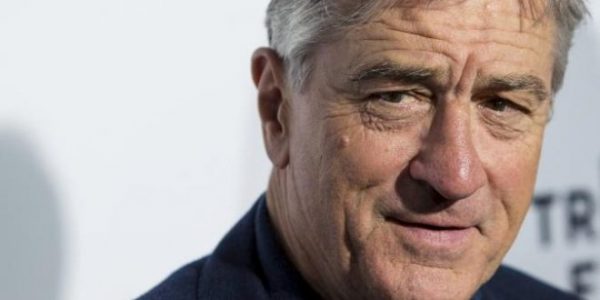 Cannes, France – Hollywood superstar Robert De Niro dropped a bombshell recently when he revealed that he is working on producing a documentary about the highly controversial topic of vaccines. However, he remained tight-lipped, noting that “when he talks about it, something happens,” seemingly implying that some power from above could potentially stifle his planned project.

In an interview with pop culture/entertainment site Vulture from the Cannes Film Festival on Friday, De Niro was asked about the controversy surrounding the planned screening of the documentary film “Vaxxed: From Catastrophe to Coverup” at his Tribeca Film Festival, and subsequent decision to not screen the film.

Well, what I learned, first of all, there was a big reaction, which I didn’t see coming, and it was from filmmakers — supposedly, I have yet to find out who it was. I wanted to just know who they were, because to me there was no reason not to see the movie. The movie is not hurting anybody. It says something. It said something to me that was valid. Maybe some things were inaccurate, but if the movie was 20 percent accurate, it was worth seeing. And they were saying it’s because of the filmmaker and he was discredited, but how was he discredited? By the medical establishment? There’s a lot going on that I still don’t understand, but it makes me question the whole thing, and the whole vaccine issue is a real one. It’s big money. So it did get attention. I was happy about that. And I talked about another movie called Trace Amounts that I saw and spoke about it a lot, that people should see it, and it’s there. Something is there with vaccines, because they’re not tested in some ways the way other medicines are, and they’re just taken for granted and mandated in some states. And people do get sick from it. Not everybody, but certain people are sensitive, like anything, penicillin.

When asked whether he would try and screen “Vaxxed” again if given the opportunity, De Niro said he wouldn’t be interested in doing so, but hinted that he and the mega-producer Harvey Weinstein were planning to create a new documentary film potentially focused on the massive financial incentives underpinning the vaccine manufacturing industry, as well as dubious ties between pharmaceutical companies and governmental agencies.

Yeah, and you always say, you’re not against vaccines, you’re against what they put in vaccines that can hurt certain people who are allergic. It can kill them sometimes. And there’s such an industry. There’s big, big money in vaccines that the CDC will put…

…I’m working on something else. Harvey Weinstein and I are working on doing a documentary, but I don’t what to talk much about it, because when I talk about it, something happens. But that’s what we plan to try to do.

After “Vaxxed” was pulled from Tribeca, the Hollywood legend went on the Today show to defend his original stance of wanting to screen the documentary, noting that there was “no reason” to pull the film. The documentary was allegedly pulled due to threats from other filmmakers, which De Niro believed could negatively impact the film festival.

When Today host Willie Geist attempted to point out that there is an overwhelming amount of scientific research that has found no link between vaccines and autism, De Niro quickly responded.

“I believe it’s much more complicated than that. There is a link and they are saying there isn’t and there are…. other things there. I don’t know, I’m not a scientist but I know because I’ve seen so much reaction of just ‘let’s find out the truth.’”

De Niro went on to explain that he believes there is a potential link between autism and the ingredients in vaccines, highlighting a documentary called “Trace Amounts.” The film star pointed out that he isn’t anti-vaccine, but simply wants safe vaccines, noting that he is the father of an autistic child.

“I, as a parent of a child who has autism, am concerned. And I want to know the truth. And I’m not anti-vaccine; I want safe vaccines,” De Niro stated.

De Niro obviously realizes the power residing within the industry, as he pointed out that even talking about this conceptual project could make “something happen.” The vaccine industry has a vested financial interest in not allowing a broad public discussion to be had about vaccines. The “something happens” De Niro nebulously refers to would most likely consist of the large financial powers at the root of big pharma leaning on any movie studio bold enough to take on De Niro’s vaccine project — similarly to what happened to “Vaxxed” at Tribeca.

Jay Syrmopoulos is a geopolitical analyst, free thinker, researcher, and ardent opponent of authoritarianism. He is currently a graduate student at University of Denver pursuing a masters in Global Affairs. Jay’s work has been published on Ben Swann’s Truth in Media, Truth-Out, Raw Story, MintPress News, as well as many other sites. You can follow him on Twitter @sirmetropolis, on Facebook at Sir Metropolis and now on tsu.