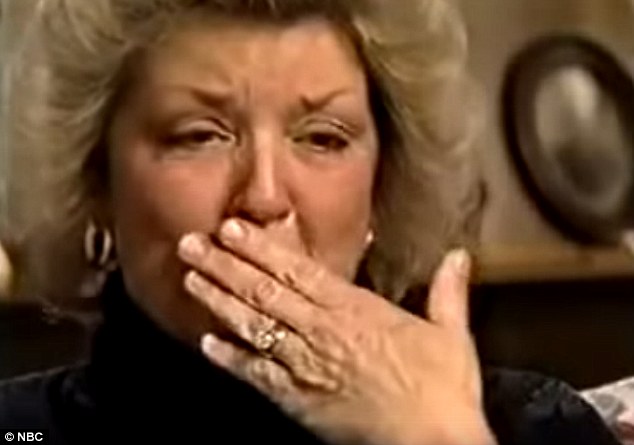 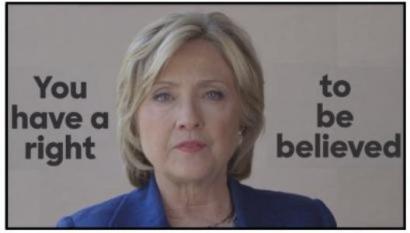 “I looked at him straight in the eyes and I told him to go to hell,” said 73-year-old Juanita Broaddrick on Tuesday, speaking on Anti-Media Radio about the only experience she had with the man since she says he raped her in 1978.

It had been 13 years since Broaddrick’s horrific encounter in a Little Rock, Arkansas hotel room when, in 1991, she found herself back in the state capitol for a seminar of nursing home administrators. She says she was told someone needed to speak with her in the hallway of the building where the event was being held. “Just as I went around the corner, there he was. And it was very shocking to me,” she said.

“And he came over to me and started apologizing profusely for what he had done to me back in 1978, and was just saying all these things — and I was just flabbergasted. And he kept saying, ‘I’m a changed man’ and ‘I have a family’ and ‘I’m just not that person that I used to be.’”

She says less than a week after her attacker apologized, he announced he was running for president.

Out of fear and in denial, Broaddrick did not go public with the accusation Bill Clinton had raped her until she was interviewed on NBC’s Dateline in 1999. She says that experience so frightened her, she failed even to recount the incident in an affidavit amid an investigation during the Clinton presidency.

Though she doesn’t like the word “rape,” Broaddrick insists it is the only term sufficient to describe what Bill Clinton did to her while running for governor when he still served as the attorney general for Arkansas.

It isn’t a new accusation, of course, but Broaddrick’s story is making headlines once again as Hillary Clinton inches closer to the Democratic nomination.

In 1978, Broaddrick attended a nursing home conference and, despite reservations, allowed Bill Clinton to accompany her to her hotel room because, as she told Anti-Media, her “business depended on the State of Arkansas.” As she tells it, Broaddrick was under the impression Clinton wanted to discuss the nursing home where she was employed — “our rates, everything to do with business depended on cooperation from the State of Arkansas, which he [as state attorney general] was the head of.”

Listen below in its entirety – Juanita Broaddrick: In Her Own Words – A Conversation with Anti-Media

It turned out to be a fateful error in judgment. Broaddrick alleges Clinton bit her lip, to the point it began bleeding, and — as she says must be described — he raped her.

“You know, I could not say the word ‘rape’ for years — it’s just been in the last year or so, and of course on the [1999] Dateline interview, that I said the word,” she explained to Anti-Media. “But it’s hard to say. It’s hard to say the ‘r’ word — I usually say ‘sexual assault.’ But rape is what happened. Rape is the correct terminology, so I can say that now.”

Rape, as she explained, isn’t the extent of the difficulties Broaddrick has encountered in her dealings with the Clintons.

“It was only about two or three weeks after the assault took place” when Broaddrick had to take care of some business during an event attended by the couple. Chuck Watts, a local pharmacist at the time, approached Broaddrick as she was preparing to leave, telling her that when he drove the Clintons from the airport to the event, “the topic of the whole conversation all the way from the airport was about you.”

“It made me very nervous,” she noted. But then, she says, an unidentified woman in the kitchen pointed Hillary and Bill Clinton in Broaddrick’s direction — and Hillary came directly toward her.

“She comes straight over to me and starts profusely thanking me for all that I was doing in the campaign to help elect Bill,” Broaddrick said. “And then, I just started to turn and walk away — I just wanted to get out of there. And she took ahold of my arm with one hand and my hand with the other hand, and she pulled me close to her. And she said, ‘Do you understand everything you do?’ And it just sent chills up my spine.

“I took my hand from hers and I glared back at her, and I told my friends, ‘let’s go.’”

She says she continued to see Bill Clinton “in passing,” such as at nursing home conventions when Bill served as Governor of Arkansas, but says she didn’t speak to him until the 1991 incident when she was told someone was waiting for her in the hallway and he attempted to apologize.

“I went out, and the other nurses followed me because they were concerned it was an emergency from home; and the man pointed me down around the corner, and when I went down there — Bill Clinton stood there,” she said. That was the incident in which she claims she told him to go to hell.

The brief encounter so disturbed Broaddrick that as she walked away, she “started crying … it was just an upsetting situation, for him to apologize to me like that,” she said.

Asked if she thought Clinton was sincere in that apology, she responded, “I did. And my nurses and I talked about that all the way home from Little Rock, and we kept saying, ‘Is he really sorry? Does he really mean … is he really wanting your forgiveness?’ And we actually thought it might be possible, until we heard in a couple days he had thrown his hat in the ring for president … He was just covering his bases.”

According to Broaddrick, that was not the end of her experience with him. For some time, she claims she was “followed” — constantly — during the time just prior to her going public on national television in 1999. “There were just different cars that would follow me around, they would wait on the highway, and they would follow me to my nursing home and then they would go on. And then I would see the same car follow me home — they never came to my home,” she noted, because a security gate was in place; but “it was unnerving.”

During her discussion with Anti-Media, she recalled another incident that occurred around the same time period while she was on a ski trip in Colorado. “Someone broke into my home,” Broaddrick claims, and she knew this because, though she left her cat securely inside, “when we got home from Colorado, my cat was outside.” And “the only thing missing from my home, strangely,” she noted, “was the small cassette tape from her answering machine. That was the only thing missing from my house. Why would anybody want that?” Indeed.

While Bill Clinton is no stranger to accusations of sexual misconduct — the former president was, after all, impeached over events stemming from his extramarital affair with White House intern, Monica Lewinsky — Hillary Clinton continually touts women’s rights.

In fact, Clinton recently tweeted — in the face of accusations she has laughed off her husband’s accusers —“Every survivor of sexual assault deserves to be heard, believed, and supported.” Broaddrick responded in kind, tweeting, “I was 35 years old when Bill Clinton, Ark. Attorney General raped me and Hillary tried to silence me. I am now 73 … it never goes away.”

Though the alleged rape still weighs heavily on Broaddrick, as she explained, Clinton “essentially, for years, ruined my life; but I’m not going to let him do that anymore. You know I’ve taken my life back.” What helped her do so, in part, was the apology from Bill Clinton in 1991 —whether he meant it or not.

Certain details about Broaddrick’s accusations against the former president have stood up to scrutiny during investigations by the press, though the rape itself has never been proven or disproven. In denial — and terrified of the implications for her job, her workplace, and her personal life — Broaddrick did not file a police report at the time. Though mainstream media largely either attacks her allegations as fabrications — or worse, attacks Broaddrick’s integrity and credibility — one corroborating point remains.

From the time she first came forward in 1999, Broaddrick’s account of the alleged attack by Bill Clinton has not changed — nor has she sought financial gain through interviews, book deals, hush money, nor in any other manner.

As countless member boards, groups, and support networks across the country attest, going public after a sexual assault can be the most beneficial way for a victim to begin healing. Though it would be impossible now to prove or disprove what Broaddrick claims happened, her unchanging story and lack of either personal or financial gain from recounting her rape might lend credibility the press should reconsider.

And her unwavering account of the chilling moment she, as an alleged victim of rape, crossed paths with Hillary Clinton — if it occurred as Broaddrick says it did — should not be discounted, either. Asked whether there was a message she would like to convey to the public about the Clintons for hers and others’ alleged assaults, Broaddrick told Anti-Media:

“I have no idea, except, shame on them for all that they’ve done to hurt women, and especially the women that he abused. And shame on her for thinking that she is eligible, at all, to be President of the United States.”

Courtesy of The Anti-Media