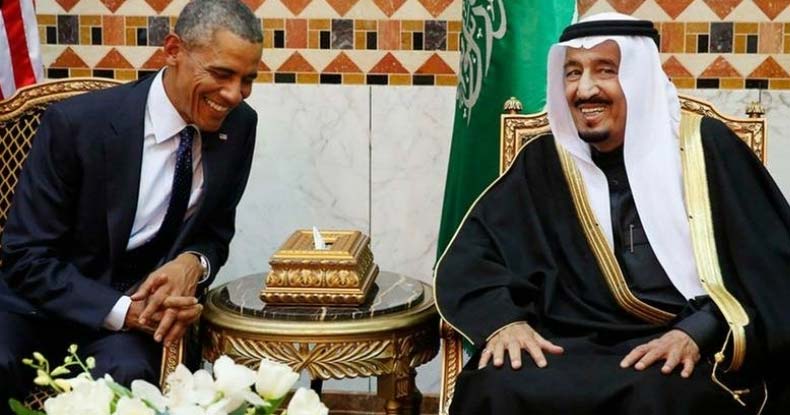 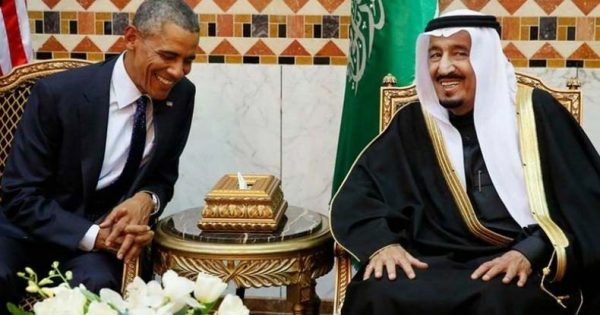 For all the excitement about the U.S. Senate’s unanimous passage of the Justice Against Sponsors of Terrorism Act (JASTA), allowing the families of victims of 9/11 to sue the Saudi government in federal court, it turns out that the vote was nothing more than an illusion of the prospect of justice and accountability. A last-minute amendment to the final draft of the bill included a provision that allows for the U.S. attorney general and secretary of state to stop any pending legislation against the Saudis.

While JASTA would allow for families of victims of 9/11 to overcome the current restrictions, the new section of the bill would essentially allow the heads of the Justice and State departments to stay any lawsuits indefinitely. The provision allows for the organizational heads to simply “inform the judge hearing the case that the US government has engaged with Riyadh in diplomatic talks to resolve the issue,” according to the NY Post.

The section that was quietly inserted into the legislation — “Stay of Actions Pending State Negotiations” — allows the secretary of state to simply “certify” that the U.S. is “engaged in good-faith discussions with the foreign-state defendant concerning the resolution of claims against the foreign state.”

In turn, the attorney general can petition the court for an extension of the stay for “additional 180-day periods,” effectively delaying lawsuits against the Saudis indefinitely.

These dubious facts that have come to light reveal exactly why there was a unanimous vote for the legislation, as the Senators thought they could trick Americans into believing they had had stood up for the victims of 9/11 and their families. In reality, however, they secretly knew the bill was nothing more than window dressing meant to appease a public looking for accountability.

When questioned about the insertion of this dubious provision into JASTA, bill co-sponsor Chuck Schumer’s office pointed out his comments in the Congressional Record, noting that “if the administration seeks to use this new authority, it should be prepared to provide substantial evidence of good-faith negotiations to the court.”

This statement by Schumer rings hollow as he was the very one responsible for adding the loophole derailing the bill.

The Hill reports that Schumer emphasized that “this bill is very near and dear to my heart as a New Yorker because it would allow the victims of 9/11 to pursue some small measure of justice.” That phony statement highlights the lengths to which this man will lie to the public. If the bill was “near and dear” to his heart, then Schumer wouldn’t have secretly snuck in the provision at the last minute.

The lawyers for the victims’ families claim that despite being given these false assurances by Schumer and bill co-sponsor John Cornyn that there would have to be “real and tangible” proof to secure a stay, they feel betrayed by the Senate.

“How do I feel about the Justice Department being given this power? Not good,” 9/11 widow Kristen Breitweiser told the NY Post. “Their failure to bring their own Saudi indictment reveals how little they care about holding the Saudis accountable for either their funding or operational support of the 9/11 hijackers.‎”

Be assured that the fix is now in on this legislation as it moves to the House, and the stay provision will almost certainly not be removed. House Speaker Paul Ryan, who recently returned from a visit with Saudi King Salman, has already gone on record as being against the bill.

Ryan wasn’t expected to allow the legislation to the House floor for a vote, but now that the bill is simply a toothless paper tiger meant to propagandize people into thinking there is a semblance of accountability for 9/11, perhaps he will change his tune.

The JASTA 9/11 accountability bill is nothing more than another hoax being perpetrated on the American people by their own government.

Jay Syrmopoulos is a geopolitical analyst, free thinker, researcher, and ardent opponent of authoritarianism. He is currently a graduate student at University of Denver pursuing a masters in Global Affairs. Jay’s work has been published on TheFreeThoughtProject.com, where this article first appeared, Ben Swann’s Truth in Media, Truth-Out, Raw Story, MintPress News, as well as many other sites.