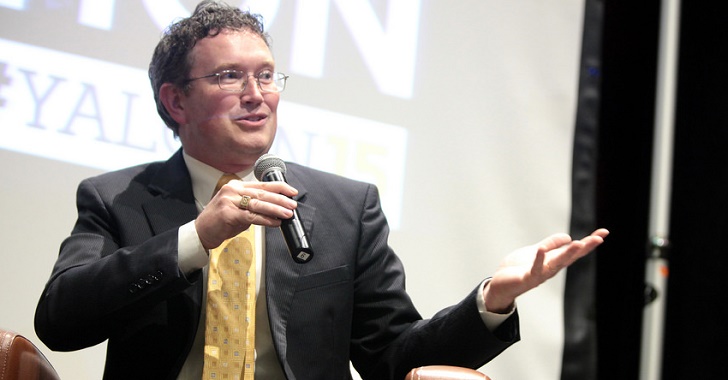 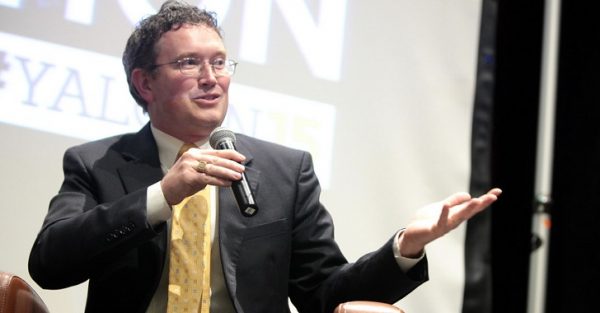 United States — “It was one of the scummiest meetings I’ve ever been in,” said Rep. Thomas Massie of a proposal from a lobbyist to help place him in the powerful, influential House Ways and Means Committee, which oversees tax policy, among other things.

In essence, Massie explained, the lobbyist wanted to help him win the prominent position in return for future legislation benefiting the lobbyist’s interests. Though such mutual back scratching seems obvious when tracing the money trail, Massie’s comments show how directly the money-infused lobbying, well, racket literally shapes policy.

Perhaps tempting to other politicians, Massie rebuffed the offer — but, for him, it was an epiphanic moment:

“I left just reeling, thinking about the implications for how this place works when you realize that the lobbyists pick who goes on which committee.”

As the Enquirer reported, Massie’s colleagues expressed shock over his account of the meeting,  saying they hadn’t encountered anything of its kind before.

“That’s just crazy,” asserted Steve LaTourette, a former Ohio congressman — who now lobbies in Washington. LaTourette claims whether or not a lobbyist might have political pull is of no consequence in helping place specific politicians on any committee. He insists it’s impossible. Each party chooses members for “steering committees,” who then decide who will comprise House committees.

Whether or not the unidentified politicians’ astonishment amounted to feigned denial could be widely left to interpretation, considering the blurred lines between money and politics — and legislation. Other unidentified congresspeople pointed out that while lobbyists can’t directly aid an individual’s placement on a desirable committee, their influence behind the scenes is palpable.

Campaign Legal Center policy director Meredith McGehee told the Enquirer she’d never heard of an “explicit” offer like Massie’s, but lobbyists do “organize and direct money” for their clients — “corporations, trade groups and nonprofit organizations” — so helping politicians ‘secure’ powerful positions might be the most beneficial way to do so.

“There’s an enormous amount of pressure on K Street-type lobbyists to deliver, and if you don’t your clients get hurt,”she explained.

While, perhaps, such a blatant proposal as was offered to Massie might be highly unusual, lobbyists with familiarity to more seasoned politicians can exert influence if a newer politician makes it onto a panel or into a position of power on a committee.

“Every committee has a constituency,” LaTourette continued, “and if you’re trying to be the chairman of Ways and Means, there are lots of businesses and corporations and hospitals who are really dependent on what sort of product the Ways and Means Committee produces.”

Voters and the general public view this so-called ‘complicated’ relationship with a high degree of suspicion — precisely because the offer Massie describes wouldn’t seem to be a stretch. Such overt influence over legislation and policy — particularly by behemoth corporations — continues to embitter Americans against the legislative and political process.