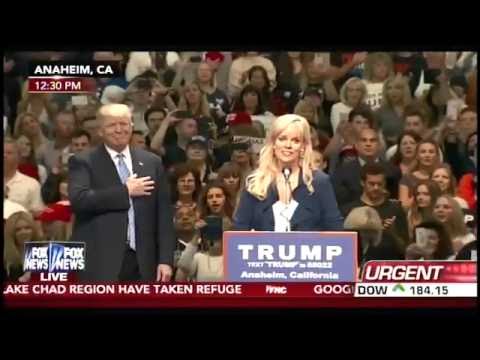 While President Obama can’t even go so far as to wear an American flag pin on his lapel, it appears that Donald Trump is a bit more Patriotic when it comes to supporting American traditions.

The following video was recorded in Anaheim, California where event organizers, pressed for time because of television cameras, opted to remove the singing of the Star Spangled Banner from the agenda.

Trump was none too pleased. Here’s what he did.

Somewhere on her private jet Hillary Clinton is lambasting staffers for not having thought of it first. We’re sure her team is trying to figure out a way to stage a patriotic display at her next rally.