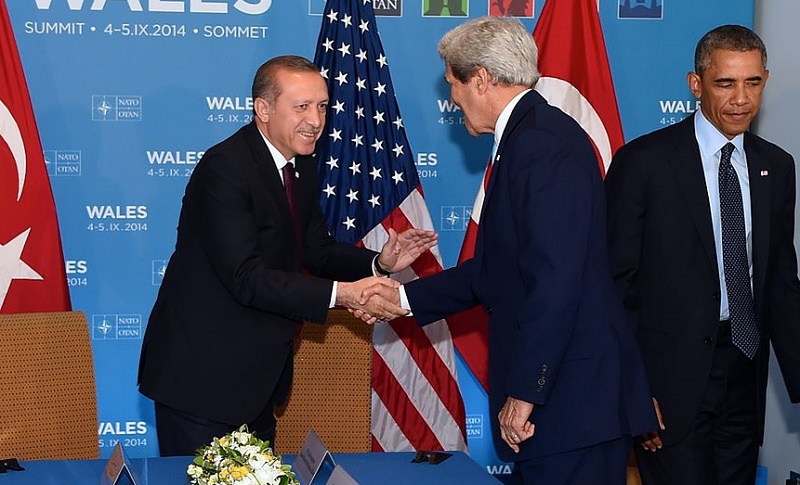 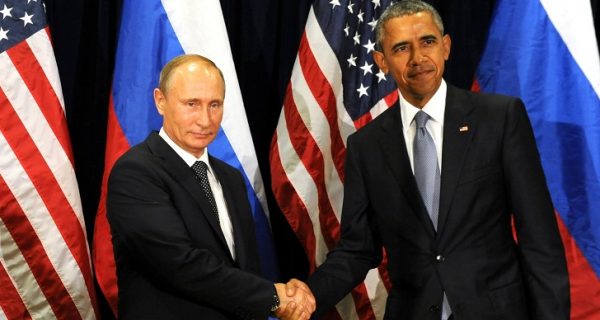 The Unites States has the world’s most powerful military — and a huge budget to match it. In fact, the U.S. spends more on defense than the next seven countries’ military budgets combined. America’s navy has been branded a “Global Force for Good,” and U.S. military operations around the world are sold to the public as freedom-by-force operations (see: Operation Iraqi Freedom).

But what is the truth about America’s foreign policy? Is America truly a benevolent empire hell-bent on raining democracy-by-drone strikes around the world? To answer this question, we looked at America’s arms global deals and came to a rather disappointing  conclusion.

The United States is the largest exporter of freedom-promoting military weaponry in the world, accounting for 33 percent of total sales. This is not really surprising considering the U.S. is the world’s strongest superpower with a technological advantage in military equipment over every other country. What is surprising, however, is which countries the U.S. is exporting these arms to. The top three beneficiaries of American arms sales from 2011-2015 raise some serious red flags that may change the way people think about U.S. foreign policy.

Saudi Arabia is America’s largest customer when it comes to military equipment. According to the Congressional Research Service,“Between October 2010 and October 2014, Washington and Riyadh reached more than $90 billion in weapons deals,” the Washington Post noted. That’s a lot of freedom. The only problem is that Saudi Arabia doesn’t exactly support freedom. In fact, they actively suppress it. Poets, journalists, activists, and dissidents are actively persecuted in Saudi Arabia for opposing the monarchy. They are beheaded by the hundreds, flogged, andliterally crucified publicly to set an example. Hell, even four of the country’s own princesses are locked in prisonfor advocating equal rights.

Many experts believe the Saudis helped create ISIS, the out-of-control terror group now rampaging across the Middle East. Saudi Arabia is the driving force behind Wahhabism, a radical form of Sunni Islam that ISIS, al-Qaeda, and other radical Islamic militant groups subscribe to. Recent developments in the 9/11 investigation documents even point toward Saudi Arabian officials having a role in the September 11th attacks. Saudi Arabia is actively involved in the Yemeni civil war, with the help of not only (obviously) American arms, but U.S. and British advisors overseeing the campaign. A “limited” number of U.S. troops are now on the ground in Yemen in “non-combat” roles. The Saudi-led, U.S.-backed operation is responsible for numerous war crimes, including the bombings of hundreds of healthcare facilities.

The Bush Administration hanging out with a Saudi King.

By any modern measure, Saudi Arabia is the poster child for everything that is wrong with the world — and U.S. foreign policy.

Surely the UAE — the second largest recipient of U.S. arms from 2011-2015 — is using those weapons to create freedom for their people, right? Not exactly. According to Human Rights Watch:

“The United Arab Emirates (UAE) continued in 2014 to arbitrarily detain individuals it perceives as posing a threat to national security, and its security forces continued to face allegations that they torture detainees in pretrial detention. UAE courts invoked repressive laws to prosecute government critics, and a new counterterrorism law poses a further threat to government critics and rights activists. Migrant construction workers on one of the country’s most high-profile projects continued to face serious exploitation, and female domestic workers were still excluded from regulations that apply to workers in other sectors.”

The UAE is generally aligned with Saudi Arabia in their backing of theocratic Islamic militant movements across the Middle East. If the U.S. is claiming to be waging a war against terror, they are arming the wrong actors in the region; it’s these “allies” that are helping to create the very terrorists the U.S. spends trillions fighting against.

Turkey is the third largest buyer of American arms since 2011. If you listen to the U.S. government’s talking points, you probably believe the billions in arms we sell to them go toward making Turkey a free, democratic society. The only problem is that these talking points are patently false. Turkey is quickly regressing into what can be described as a borderline dictatorship, with the notoriously brutal President Erdogan usurping more and more power by the day. As noted by Consortium News:

“Erdogan’s ambition and aggressive drive to spread his Islamic agenda are what has determined every political move he made. Seeking to constitutionally transfer the executive authority of the country to the Presidency is the final step to legally consolidate his power.”

And anyone who gets in his way is dealt with heavy-handedly. Free speech has come under relentless attack. In the most recent Turkish election, opposition media outlets were raided, editors were arrested, and control was handed over to the Erdogan-friendly government. Erdogan ousted his democratically-elected Prime Minister and longtime ally, Ahmet Davutoğlu, because he disagreed with him. Protests movements are crushed by riot police and assassinations of opposition figures occur rather regularly (and conveniently).

The Obama Administration hanging out with Erdogan.

Turkey uses the weapons we send them to expand their influence at the expense of countless innocent lives. The most prominent example of this is Turkey’s role in the Syrian Civil War. Turkish media has accused the government of supplying (American made?) weapons to ISIS, with video footage to back up their assertions. One journalist who made these claims, a U.S. citizen, was found dead. Three more have been arrested.

Further, Turkey has been accused of buying millions of dollars worth of black market oil from ISIS, which helped them fund their rampage across Iraq and Syria. Turkey also unilaterally invaded Iraq without the country’s permission and actively bombs Kurdish strongholds, though coincidentally, the Kurds are one of the few groups that have been able to effectively defeat ISIS on the battlefield.

Explaining why Turkey wants to overthrow the Syrian government would take a dozen articles. But to make an extremely complex argument simple, let’s just say the country would benefit greatly from the fall of Syrian President Bashar al-Assad in the form of a planned oil pipeline that would flow from Arab states, through Turkey, and into its final market: Europe. This puts Turkey, a NATO member, directly at odds with Russia, which is currently the largest supplier of fossil fuels to Europe. Assad, a Russian ally, stands in the way of this pipeline.

Ultimately, it’s nearly impossible to make the case that U.S. foreign policy is a “Global Force for Good.” It seems, more often than not, America supports and arms the wrong sides of conflicts and undemocratic dictatorial regimes friendly to U.S. economic interests. A recent study showed nations are 100 times more likely to intervene in foreign conflicts if a country is rich in resources, and the U.S. is by and large the biggest exporter of “democracy” — and arms — to oil-rich regions.