The joke practically writes itself here.

As part of the #ManEnoughforHillary campaign, Hillary supporters just chose this guy below to do their new supposed-to-be manly “I’m with her” ads. 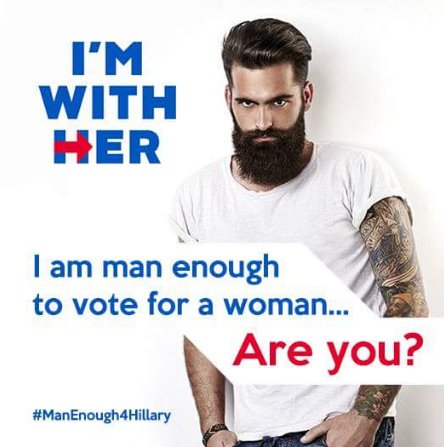 The premise here is that he’s man enough to vote for a woman… so according to the campaign, other men should feel like they aren’t “man enough” unless, like this manly bearded man with manly tattoos, they too vote for Hillary.

But this man is also manly enough to appear in giant syphilis ads plastered on public buses all over Portland, Oregon. 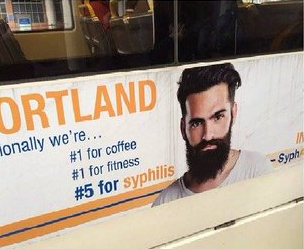 That’s right. Hillary’s supporters managed to choose the one bearded hipster who is famous for telling Portland to get educated about STDs.

Again, the jokes practically write themselves.