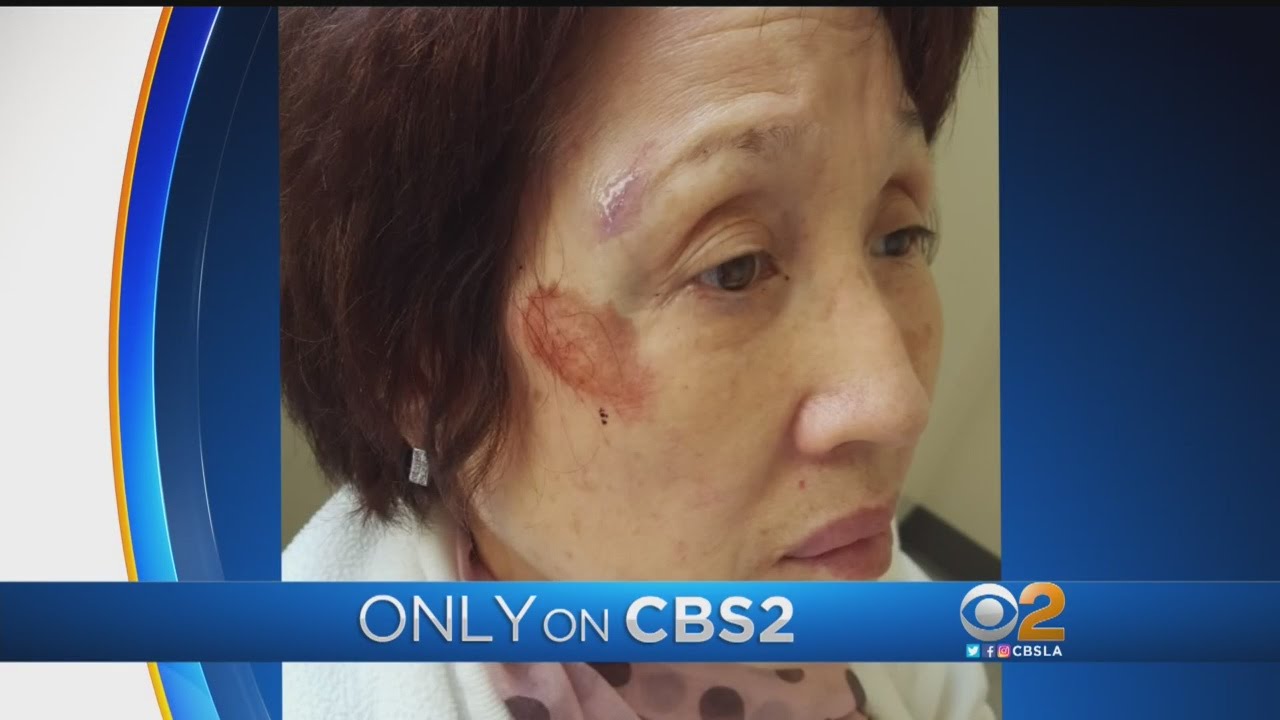 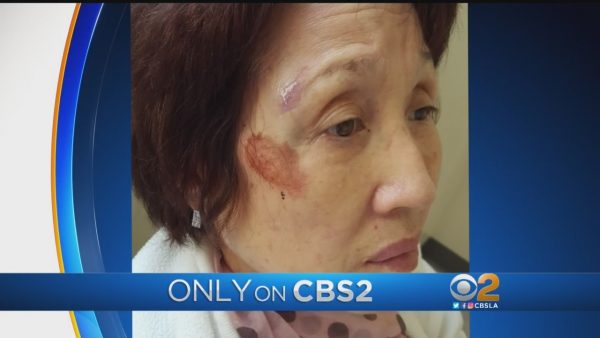 Los Angeles, CA – Caught on video assaulting an elderly woman in a church parking lot for honking at them, two LAPD officers have recently been named in a lawsuit filed by the innocent 62-year-old woman. No longer able to place her trust in police officers after becoming a victim of excessive force, the traumatized woman has become fearful of interacting with people.

Early on the morning of April 14, a surveillance video captured two LAPD cops in a marked SUV slowly following 62-year-old Ok Jin Jun’s car into a Koreatown church parking lot. According to CBSNews, Jun admitted to honking her car horn about six times because the police vehicle had been blocking the church driveway.

After parking her car, Jun was immediately confronted by the two officers and ordered to show her registration despite the fact that she had not committed a crime. Confused and unable to speak much English, Jun attempted to call her husband and a 911 interpreter from her cell phone.

Suddenly, one of the officers appeared to grab Jun’s arms for no reason before both cops abruptly shoved the elderly woman against her own car. Although Jun did not pose an immediate threat, the officers slammed her onto the pavement before placing her in handcuffs.

“They grabbed her by the wrists, twisted her into a submission position,” Jun’s son, David, told CBSNews.

Shortly after the incident, four more police vehicles arrived to provide backup for the two cowardly LAPD officers arresting an innocent elderly woman. Instead of allowing a 62-year-old to attend morning services, the two cops decided to brutally assault her for simply honking at them.

Taken to the hospital to receive treatment for her wounds, Jun was photographed with a large contusion and laceration on the right side of her face. Psychologically traumatized by the violent experience, Jun said, while using her son as an interpreter, “I’m even fearful of people because police officers are the ones I’m supposed to be able to trust.”

Although the LAPD refused to comment on the incident, a source within the department unofficially told CBSNews that the officers involved are under review for use-of-force and that “mental health” could be a factor. The source did not disclose whether the mental health in question refers to the victim or the aggressive cops who attacked her inside a church parking lot.

Jun recently filed a lawsuit against the city of Los Angeles, the LAPD, and the two officers caught assaulting her on surveillance video. No cops currently face criminal charges for attacking the churchgoing woman.

Below is the full video of the assault posted to Facebook by Jun’s son.