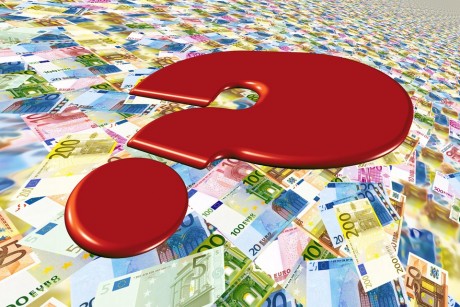 If you have been waiting for “the next Lehman Brothers moment” which will cause the global financial system to descend into a state of mass panic, you might want to keep a close eye on German banking giant Deutsche Bank.  It is approximately three times larger than Lehman Brothers was, and if the most important bank in the strongest economy in Europe were to implode, it would instantly send shockwaves rippling across the entire planet.  Those that follow my work regularly know that I started sounding the alarm about Deutsche Bank beginning last September.  Since that time, the bad news from Deutsche Bank has not stopped pouring in.  They announced a loss of 6.8 billion euros for 2015, Moody’s just downgraded their debt to two levels above junk status, and they have been plagued by scandal after scandal.  In recent months they have gotten into trouble for trying to rig precious metal prices, for committing “equity trading fraud” and for their dealings in mortgage-backed securities.  The following comes from Zero Hedge…

A month after admitting to rigging precious metals markets, Deutsche Bank has been hit with a double-whammy of more alleged fraudulent behavior today and the stock is sliding. First, Reuters reports that the bank took a charge of 450 million euros for “equity trading fraud,” and then Bloomberg reports that The SEC is looking into Deutsche’s post-crisis mortgage positions.

This is a bank that is steadily bleeding money, and so the last thing that it needs is for government agencies to be putting immense pressure on it.  Unfortunately for Deutsche Bank, the SEC seems determined to kick it while it is down…

Troubled Wall Street giant Deutsche Bank is under another investigation, this time by the Securities and Exchange Commission regarding the pricing and reporting of certain mortgage-backed securities.

The SEC wants to know whether the Frankfurt, Germany-based bank artificially raised the value of mortgage-backed securities in 2013 and later hid those losses for an extended period of time, Bloomberg first reported, citing people familiar with the matter.

But even if there were no scandals and no government investigations, the truth is that Deutsche Bank would be a deeply troubled bank anyway.

At one point, it was estimated that Deutsche Bank had 64 trillion dollars worth of exposure to derivatives contracts.  That is an amount of money that is approximately 16 times the size of the GDP of the entire nation of Germany.

So nobody wants to see Deutsche Bank fail.  It would be a financial disaster unlike anything the world has ever experienced before.

But right now things are not looking good.  As you can see from this chart, the steady decline of Deutsche Bank’s stock price is eerily similar to what happened to Lehman Brothers during the months leading up to the time when it finally completely collapsed…

Earlier this year, Deutsche Bank’s stock price set a new record low, and since that time it has been hovering just above that record low.

Clearly it is no secret that Deutsche Bank is having big problems, and the outlook for the immediate future is not good.  I included the following quote from Berenberg analyst James Chappell in a previous article, but I think that it bears repeating…

Too many problems still: The biggest problem is that DBK has too much leverage. On our measures, we believe DBK is still over 40x levered. DBK can either reduce assets or increase capital to rectify this. On the first path, the markets do not exist in the size nor pricing to enable it to follow this route. Going down the second path also seems impossible at the moment, as the profitability of the core business is under pressure. Seeking outside capital is also likely to be difficult as management would likely find it hard to offer any type of return on new capital invested.

In the end, I believe that Deutsche Bank will ultimately implode, but it won’t be the only one.

Meanwhile, we just got some more very disturbing news out of Asia.  According to Bloomberg, Japanese exports have now fallen for seven months in a row…

Overseas shipments declined 10.1 percent in April from a year earlier, the Ministry of Finance said on Monday. The median estimate of economists surveyed by Bloomberg was for a 9.9 percent drop. Imports fell 23.3 percent, leaving a trade surplus of 823.5 billion yen ($7.5 billion), the highest since March 2010.

When your imports are 23 percent lower than they were a year earlier, that is a clear sign that consumer demand is way, way down and that your economy is in the process of imploding.

I believe that they are going to be two of the biggest stories as this new global financial crisis begins to play out.