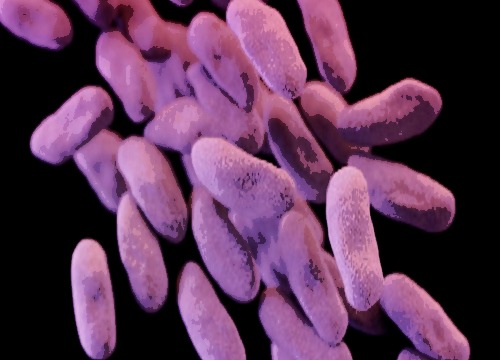 Is a post-antibiotic era finally upon us?

Some experts fear that it is.

For the first time, an antibiotic-resistant superbug has been found in a person in the United States, sparking fears of a possible “end of the road” for antibiotics.

The antibiotic-resistant strain was found last month in the urine of a 49-year-old Pennsylvania woman. Defense Department researchers determined that she carried a strain of E. coli resistant to the antibiotic colistin, according to a study published Thursday in Antimicrobial Agents and Chemotherapy, a publication of the American Society for Microbiology. The authors wrote that the discovery “heralds the emergence of a truly pan-drug resistant bacteria.”

Colistin is the antibiotic of last resort for particularly dangerous types of superbugs, including a family of bacteria called Carbapenem-resistant Enterobacteriaceae (CRE), which health officials have dubbed “nightmare bacteria.” In some instances, these superbugs kill up to 50 percent of patients who become infected. The Centers for Disease Control and Prevention has called CRE among the country’s most urgent public health threats.

As of now, health officials said the case in Pennsylvania is not cause for panic because the strain found in the woman is still treatable with other antibiotics.

But here is the concern: researchers worry that its colistin-resistance gene, known as mcr-1, could spread to other bacteria that can already evade other antibiotics.

The bacteria found in the woman has 15 genes for resistance to other antibiotics, reports Scientific American:

Until now, many bacteria have been vulnerable to colistin, even if they have been able to survive other medications. Since this type of resistance can easily spread between bacteria, the findings have sounded alarm bells among scientists over fears that common infections will soon be untreatable.

A study on the superbug was published in Antimicrobial Agents and Chemotherapy, a publication of the American Society for Microbiology, on May 26.

The recent discovery of a plasmid-borne colistin resistance gene, mcr-1, heralds the emergence of truly pan-drug resistant bacteria. To the best of our knowledge, this is the first report of mcr-1 in the USA.

This mcr-1 gene sits on a piece of material called a plasmid and can be passed from one bacterium to another. If an E. coli bacterium that has mcr-1 gene passes it to another superbug with other mutations, even a stronger superbug can be created and it would resist all known antibiotics.

It basically shows us that the end of the road isn’t very far away for antibiotics — that we may be in a situation where we have patients in our intensive care units, or patients getting urinary-tract infections for which we do not have antibiotics.

I’ve been there for TB patients. I’ve cared for patients for whom there are no drugs left. It is a feeling of such horror and helplessness.

Researchers at the Agriculture Department and the Department of Health and Human Services reported concerning news: testing of hundreds of livestock and retail meats turned up the same colistin-resistant bacteria in a sample from a pig intestine in the United States. The USDA said it is working to identify the farm the pig came from.

Colistin is commonly used in food animals in China, but not in people, and this probably led bacteria to evolve and gain a resistance to the drug. The gene probably leaped from livestock to human microbes through food, Yohei Doi, an infectious-disease doctor at the University of Pittsburgh, explained to the Post.

The emergence of mcr-1 likely occurred because of extensive use of colistin in food animal production—which is yet another example of how injudicious use of antimicrobials comes back to hurt us.

CDC officials are working with Pennsylvania health authorities to interview the patient and family to identify how she may have contracted the bacteria, including reviewing recent hospitalizations and other health-care exposures.  According to a Defense Department blog post about the findings, the woman was treated in an outpatient military facility. Samples were sent to the Walter Reed National Military Medical Center for initial testing, and additional testing was done by a special Defense Department system that tracks multi-drug-resistant organisms.

Mcr-1-mediated colistin has been found in Europe and Canada too, researchers say.

How do people pick up these bacteria?

People may pick up these bacteria in various ways, including from their food. Although the types of E. coli that cause UTIs are found within the urinary tract, they typically end up there because they have migrated from the gut. Research suggests that these types of E. coli often contaminate raw meat; in 2010 the National Antimicrobial Resistance Monitoring System, a collaborative governmental project, reported that more than 75 percent of retail chicken and turkey meat was contaminated with E. coli and that many of these bacteria were resistant to multiple antibiotics. A separate 2011 studybased on this data reported that more than one-fifth of E. coli found on poultry meat were of the type that can—if ingested when food is not cooked properly–migrate from the gut and cause serious infections such as UTIs.

The CDC hopes to screen the patient and her contacts to see if others might be carrying the organism. Local and state health departments also will be collecting cultures as part of the investigation, reports the Post.