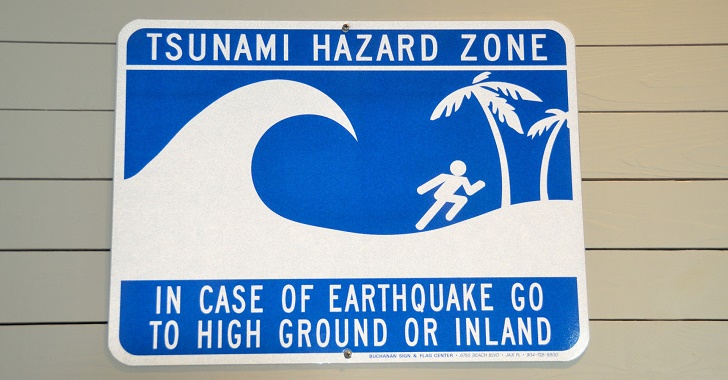 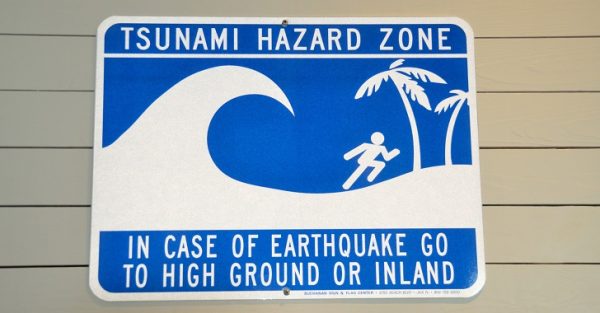 United States — In an attempt to prepare for what’s been called The Really Big One, an earthquake of magnitude 9 or above — which scientists in 2015 determined will, in fact, occur sometime within the next 100 years — in the Cascadia Subduction Zone, the Federal Emergency Management Agency (FEMA) will conduct massive drills beginning June 7.

To test how government agencies, businesses, and residents should respond, or if indeed they are prepared to, FEMA’s Cascadia Rising plans to simulate conditions surrounding the projected magnitude-9 quake and its accompanying ruinously massive tsunami.

“Conducting life-saving and life-sustaining response operations in the aftermath of a Cascadia Subduction Zone disaster will hinge on the effective coordination and integration of governments at all levels — cities, counties, state agencies, federal officials, the military, tribal nations — as well as non-governmental organizations and the private sector,” states the Cascadia Rising flyer, which also mentions various workshops and seminars leading up to the actual exercise. Some 50 counties in Oregon, Washington, and Idaho will participate, with U.S. agencies linking to earthquake preparedness exercises from both British Columbia and the Canadian government.

A separate 122-page manual about the drill states the scenario involves a“9.0 magnitude full-rip earthquake along the 700 mile Cascadia Subduction Zone (CSZ) fault with subsequent tsunamis and aftershocks directly impacting both Washington and Oregon,” though the potential affected zone of the quake predicted by scientists actually extends south to the coast of northern California, and north to the Canadian coastal region.

Though an emergency preparedness exercise of such a massive scale has not been attempted before, the CSZ presents perhaps the best reason to do so. Two potential scenarios involving large scale quakes in the region — one incredibly damaging, the other catastrophically so — could strike the Northwest at anytime. Without sounding sensationalistic or like so much unnecessary scaremongering, understand — this is no case of clickbait journalism — both scenarios are not only possible, scientists studying various aspects of plates and faults say one of them absolutely will happen.

In fact, should the Really Big One hit, wrote Kathryn Schulz in The New Yorker, paraphrasing what geologists concluded, by “the time the shaking has ceased and the tsunami has receded, the region will be unrecognizable.” Affirming that statement, FEMA Region X director Kenneth Murphy stated, “Our operating assumption is that everything west of Interstate 5 will be toast.”

“When the next very big earthquake hits, the northwest edge of the continent […] will drop by as much as six feet and rebound by thirty to a hundred feet to the west — losing, within minutes, all the elevation and compression it has gained over centuries,” the last very big one having occurred in 1700, with a predicted general cycle of between 200 and 500 years. This sudden and massive movement will displace “a colossal quantity of seawater,” forming a tsunami that will rush toward Japan in one direction, and the “other side will rush east in a seven-hundred-mile liquid wall that will reach the Northwest coast, on average, fifteen minutes after the earthquake begins […]

“The inundation zone will be scoured of structures from California to Canada. To see the full scale of the devastation when the tsunami recedes, you would need to be in the international space station.”

FEMA estimates around 1 million buildings — hospitals, fire and police stations, high rises, some 3,000 schools, and more — as well as roads, bridges, and rail lines, will be either wholly decimated or compromised beyond repair. In part because geologists didn’t even discover this fateful geologic arrangement until the latter half of the 1980s — and essentially had to treasure hunt historical clues and contrast them with indigenous stories to do so — the region is quite literally not prepared to endure this quake.

In contrast to the oft-discussed and extensively studied Big One, projected to occur along the San Andreas — a strike-slip fault, where the boundaries of two tectonic plates inch along in opposite directions — the Northwest faces a different geologic monster, altogether.

This subduction fault exists because the Juan de Fuca plate has been slowly sliding to great depths beneath the North American plate — gradually pushing the edge of the latter plate upward and away from where they come into contact. But an uninvolved plate wedges the North American in place, so the progressive sliding of Juan de Fuca has stored an enormous amount of pressure from friction — which eventually must be released in a sudden, violent, and catastrophic tremor.

Additionally, though quakes remain impossible to predict in scale, intensity, and timing, general estimates have proved at least generally accurate — and the CSZ, when it goes, will probably measure 9.0 or higher on the Richter scale. San Andreas has already produced 8.2 quakes — should just the southern portion of the CSZ give way, it would produce tremors of magnitude 8.0 to 8.6.

But if the Really Big One strikes — and we’re already 316 years into its now-known 243-year cycle — the resulting quake would range in magnitude from 8.7 to 9.2. Japan’s catastrophic 2011 quake and tsunami, infamous for the destruction of Fukushima and the loss of nearly 18,000 lives, measured 9.0 — but Japan’s well-studied location amid active faults, also on the Ring of Fire, meant the country had been more than well-prepared. Because the subduction zone was discovered so late, FEMA has surmised up to 75 percent of structures in Oregon, alone, have not been equipped appropriately to withstand such force.

Again, though this article might sound alarmist, it does for good reason. Experts widely agree on the odds for both quakes: there is a one in three chance the Big One will happen in the next 50 years — but a one in ten likelihood the Really Big One will utterly transform the land as we know it within the same period.

FEMA’s preparedness drill — by all accounts — couldn’t come quickly enough, considering recent increases in activity all around the Ring of Fire, with no less 40 volcanoes actively erupting right now.

As catastrophic an event as the quake in the Cascadia Subduction Zone will be, perspective must be employed. Earthquakes’ unpredictability could stand as reason enough to prepare, relocate, or find comfort — depending entirely on individual outlook. But, at the very least, awareness of the potential cataclysmic results allows the choice to be yours.