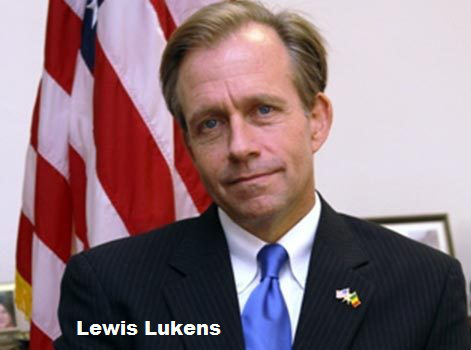 Not only did Hillary Clinton violate the law when she was Obama’s secretary of state by using a private email server to conduct official business — including matters pertaining to state secrets and names of CIA spies — this woman was so cavalier about it, holding herself above the law, that she didn’t even bother to have a password on her email account.

That means not just sophisticated Russian or Chinese or ISIS hackers could have hacked her email, ANYONE could have read her email.

On May 26, 2016, Judicial Watch released the deposition transcript of Ambassador Lewis Lukens, former deputy assistant secretary of state and executive director of the State Department’s executive secretariat. The transcript is available here.

Lukens is the first of seven depositions of former Clinton top aides and State Department officials that Judicial Watch has scheduled over the next four weeks. Also to be deposed are Cheryl Mills and Huma Abedin — Hillary’s deputy chief of staff, rumored lesbian lover, and wife of disgraced ex-Congressman Anthony Weiner — as well as top State Department official Patrick Kennedy, and former State IT employee Bryan Pagliano.

While Clinton was Secretary of State, Lukens’ role was head of logistics and management support, supervising some 110 employees, and in that capacity had accompanied Hillary on all of her foreign travels.

Some highlights from Lukens’ 124-page testimony (his words are between quotation marks):

(3) But Hillary was clueless about computers: From the start of her term as secretary of state in January 2009, State Department officials grappled with Hillary’s ignorance of the use of basic computers. In a January 24, 2009 email to the department’s Undersecretary Patrick Kennedy, Lukens said Hillary didn’t know how to use a computer for emails; she knew “only Blackberry”.

(4) That created a problem as to how Hillary could check her emails, which led to her request for a private Blackberry, which the State Department granted. As late as 2011, State Department officials were still trying to get Hillary to use a government-issued Blackberry, but Huma shot it down, saying in an August 30, 2011 email that a government-issued Blackberry “doesn’t make a whole lot of sense.”

(5) Lukens testified that to the best of his knowledge Hillary had never received a waiver to use the Blackberry in the State Department highly-secured headquarters: “I’m not aware of any waivers that were made.”

(6) Ever helpful, Lukens had proposed and helped set up a standalone computer on Hillary’s desk in the State Department, which was not part of the State Department’s system, so that she could “access the Internet to check her e-mails.” But Hillary’s agent insisted that a private computer be set up in a separate room “adjacent” to Hillary’s highly-secured office in the State Department “for her to check her BlackBerry”. Hillary rarely used the room set up for her. Instead, she would go into a hallway to use her private Blackberry. Lukens said he saw Hillary using her Blackberry in the hall “maybe a half dozen times.”

(7) All of that — using a private unsecured Blackberry and a private email account and server with the domain “clintonemail.com” to access her emails on the premises of the State Department — violated National Security Agency (NSA) regulations.

(8) Lukens said that he thought Hillary wanted to use the Blackberry “to stay in touch with family and friends.” He said he didn’t know if she was conducting official business on a private server or with a non-governmental email address.

(9) Lukens defended Hillary having a computer and Blackberry account separate from the State Department’s OpenNet e-mail system, arguing that it was for her “ease of access” because there would be “fewer passwords.”

(10) Worse still, Lukens testified that he eliminated Hillary’s need for any passwords:

Lukens: “She wouldn’t have had a password.”
Judicial Watch attorney Bekesha: “So the computer would have just been open and be able to use without going through any security features?”
Lukens: “Correct.”

(11) Not only was Lukens unconcerned about the security of Hillary’s email, he did not notice Huma Abedin was also using a private email account at the State Department, although he regularly exchanged email with Abedin.

Meanwhile, Hillary’s supporters, i.e., Democrats, are just as lawless as she is. According to a Rasmussen national phone and online survey on May 29-30, 2016, although most Americans believe likely Democratic nominee Hillary Clinton is a lawbreaker, half of all voters say a felony indictment shouldn’t stop her campaign for the presidency.