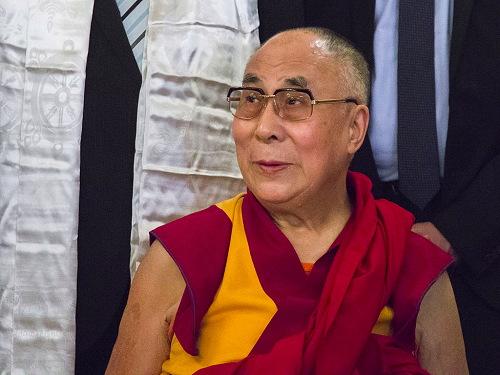 You would think that a spiritual leader like the Dalai Lama would be a big softie for the refugees pouring into Europe, and would implore Europeans to let them into their communities. Especially when you consider that he is also a refugee, who hasn’t set foot in Tibet for decades. However, in an interview with a German newspaper he suggested that perhaps Germany’s open arms attitude toward the refugees has gone too far.

“A human being who is a bit more fortunate has the duty to help them. On the other hand, there are too many now,” he told the Frankfurter Allgemeine newspaper. “Europe, for example Germany, cannot become an Arab country,” he laughed “Germany is Germany.” He added that “from a moral point of view too, I think that the refugees should only be admitted temporarily…the goal should be that they return and help rebuild their countries.”

The Dalai Lama’s logical approach to the refugee crisis stands in contrast to comments made by Pope Francis, who has told Europeans to embrace the migrants. He wants them to be fully integrated into Europe to bolster the continent’s falling birth rates. It’s nice to know that there is at least one major spiritual leader on this planet that isn’t pulling for the cultural suicide of Western Europe.