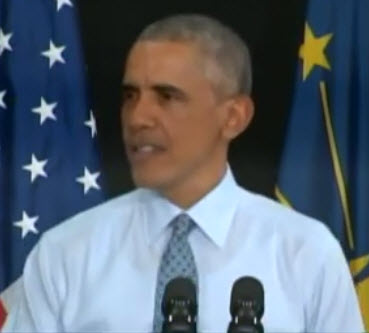 It might just be the weirdest public appearance from Obama yet.

As he campaigned for Hillary in Indiana, President Obama gave a speech against Republican front runner Donald Trump.

While trying to take a verbal swipe at The Donald, Obama started stuttering… and almost couldn’t stop. If he was a robot, it would be as if someone broke him. Some have speculated this was due to his teleprompter going out but it has not been confirmed yet if that is speculation or fact.

Regardless, this video is awkward as arse to watch.